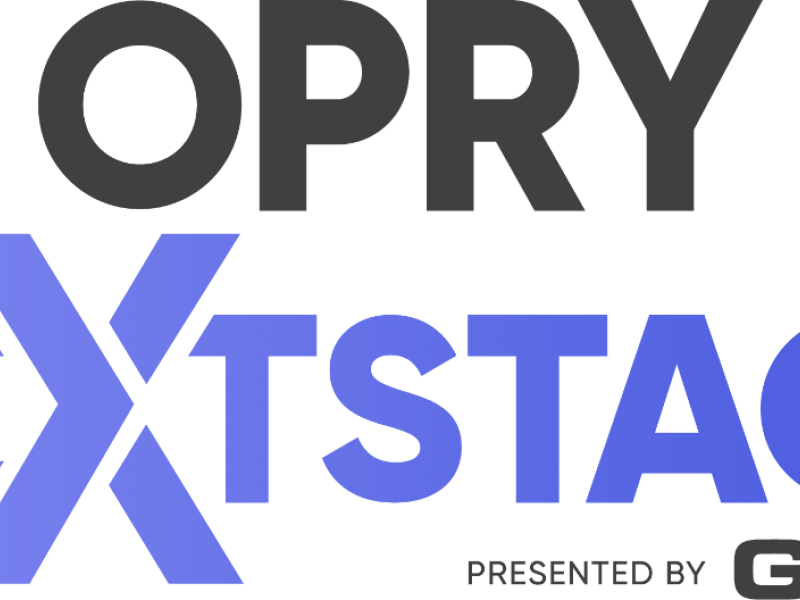 NASHVILLE, Tenn. – Today, the Grand Ole Opry announced its initial artists for its Opry NextStage Class of 2022, an artist discovery program that spotlights Country music’s rising talent and highlights one artist per month with featured original content, an Opry performance and support across the Opry Entertainment platforms, which include the Opry, Ryman Auditorium, WSM Radio, Ole Red and Circle Network. Breakthrough artists Elvie Shane (May), Morgan Wade (June) and BRELAND (July) are the first three featured artists, with more to be announced throughout the year to complete the class with a total of seven artists. The artists shared their thoughts on the honor exclusively with the Tennessean.

“My Boy” singer Elvie Shane, who Billboard notes is “making the case for a new mainstay in country music,” made his Grand Ole Opry debut just over a year ago. He will return to the historic Opry stage on May 7 to mark his inclusion in the NextStage Class of 2022.

“The Opry has been at the forefront of keeping Country music alive and well since its inception,” says Shane. “I came from a place both literally and musically built on the same values and experiences. To be recognized by the Country music congregation that is the Opry is a huge honor.”

With a pulse on what is next in the Country music format and a deep commitment to supporting burgeoning talent, the program has cemented a strong track record in just three short years. The two previous NextStage classes have featured artists such as Parker McCollum, Lainey Wilson, Riley Green and Tenille Townes who all went on to earn ACM New Male and Female Artist of the Year trophies following their Opry NextStage debuts.

“Opry NextStage truly represents the depth of Country music and the future of the genre, and you’ll see that reflected in the composition of this year’s class—starting with these first three extremely talented artists who all come with their own unique artistry, perspectives, and backgrounds,” says Jordan Pettit, Director of Artist Relations & Programming Strategy for Opry Entertainment Group. “We are so excited to invest in this next generation of Opry performers who will help to shape the future of Country music and the Opry for many years to come.”

The Opry has helped launch the careers of countless artists, including Roy Acuff, Garth Brooks, Patsy Cline, George Jones, Loretta Lynn, Bill Monroe and Dolly Parton, to name just a few. Award-winning group Little Big Town made its very first public appearance as a group on the Opry stage in 1999, and Carrie Underwood cemented a place in Country music with her first Opry appearance less than two weeks after having been named American Idol in 2005. It was with this grand tradition of artist investment that Opry NextStage was created.

For more information on Opry NextStage, visit opry.com/nextstage.
About Opry NextStage
Developed by Opry Entertainment Group and the Grand Ole Opry, Opry NextStage, presented by Geico, invests in the discovery of new artists and highlights one up-and-coming artist per month with featured original content, an Opry performance and support across the brand’s platforms to tell their stories and expand their audiences. For nearly a century, the Grand Ole Opry has created opportunities for artists throughout the Country music spectrum to make strong connections with fans and fellow artists – on its stages and across its channels – from terrestrial radio to network television to the digital universe and to Circle Network. Audiences around the world look to the Opry to showcase the very best in Country music.

About Elvie Shane
A native of small-town Kentucky, early touchstones like Dwight Yoakam, Steve Earle and John Fogerty joined Wheelhouse Records’ Elvie Shane’s Gospel roots to form the bedrock of his taste – along with R&B classics like The Temptations and modern superstars like Eminem. Shane’s new single “County Roads” is officially available at country radio now, and was one of the most added songs at country radio upon release. Co-written by Shane with Dan Couch and Oscar Charles, the new single is full of untamed energy, flying like an unguided missile of passion down “County Roads” and paints a picture of Shane’s early days in Grayson County, KY. Shane just celebrated multiple milestones with his hit single “My Boy” topping the charts at country radio and being certified GOLD by the RIAA. “My Boy” is taken from Shane’s just-released debut full length album BACKSLIDER. Shane co-wrote the set that embodies the crunchy hooks of classic rock, the nostalgia of country music as well as the emotional electricity of Gospel and R&B. Critics have already been quick to praise the cohesive set with the album landing on 2021 “Best Of” lists including Billboard, Rolling Stone and Nashville Scene. "If you listen to just one major-label debut by a dude this year, consider Elvie Shane’s” declared Rolling Stone, while Stereogum noted the record “forces you to rethink anything you think you know, or assume, about the genre’s Music Row bros.” Billboard also determined Shane is "making the case for a new mainstay in country music.” The singer/songwriter just announced he will launch his first-ever headlining run, with his MY KINDA TROUBLE TOUR set to kick off on 2/17 in Chattanooga, TN. The multi-city stint will see Shane play major cities including Chicago, IL, Nashville, TN and more, and will mark some of Shane’s first live performances of BACKSLIDER. Shane's picture-based lyrics and knack for storytelling lead to his signing with UTA and he has since opened for Jason Aldean, Toby Keith, Brothers Osborne Brett Young and Lady A, to name a few. Shane also just wrapped a stint on the road opening for Brooks & Dunn on their 2021 Reboot Tour.

About Morgan Wade
With a commanding voice -- raspy and earthy, yet bearing bruises and scars that convey vulnerability -- Morgan Wade cut a striking figure when she emerged with her debut album Reckless in 2021. Pitched partway between Americana and arena rock -- a distance she navigated with collaborator Sadler Vaden, the guitarist in Jason Isbell's 400 Unit -- Wade blended her influences in a distinctive, emotionally candid way. A native of the small Appalachian town of Floyd, Virginia, Morgan Wade was drawn to music as a child. She wrote songs in secret, never attempting a public performance until she was 19, after she suffered a breakup during her freshman year at Roanoke's Jefferson College of Health Sciences in 2013. Assembling a band via Craigslist, Wade cut her teeth performing in Virginia, eventually getting sober by the time she led her supporting group the Stepbrothers through the Puppets with My Heart album in 2018. Not long afterward, she received a lucky break. Wade played her hometown FloydFest in 2018, joining a roster that included Jason Isbell & the 400 Unit. There, she met Isbell's guitar tech, who gave one of her CDs to Sadler Vaden, the guitarist in the 400 Unit. The pair started a collaboration, adding Paul Ebersold as co-producer, and worked on material for an album. The single "The Night" appeared in 2019, followed by "Don't Cry" in 2020, with the Billboard-charting full-length debut Reckless appearing on Thirty Tigers in early 2021.

About BRELAND
With his PLATINUM debut “My Truck,” singer / songwriter / producer BRELAND has emerged as a bold new force on today’s music landscape. The newly named Breakthrough Artist by Amazon Music first popped off when the Hip-Hop and Country hybrid hit #1 on Spotify’s Global Viral 50 in 2019, and a remix featuring Sam Hunt landed on best-of-the-year lists from NPR to The New York Times. Debuting his brand-new song “Praise The Lord (feat. Thomas Rhett)” at the 2022 ACM Awards, the “symbol of Country music’s ongoing evolution” (Rolling Stone) will be featured on his highly anticipated debut album CROSS COUNTRY slated for release this summer. Featured on Dierks Bentley’s Top 5 and rising single with HARDY, “Beers On Me,” BRELAND also teamed up with Keith Urban for the buzzy track “Throw It Back.” Since signing to Bad Realm Records / Atlantic Records / Warner Music Nashville, he has collaborated with heavy-hitters such as Gary LeVox of Rascal Flatts, Nelly, Blanco Brown, Lauren Alaina, and Chase Rice, and scored high profile looks on The Kelly Clarkson Show, ABC’s 2021 CMA Awards, ABC’s CMA Summer Jam, CMT Crossroads, ABC’s Jimmy Kimmel Live!, ABC’s Good Morning America, CBS’ New Year’s Eve Live: Nashville’s Big Bash, YouTube’s Artist on The Rise, and a Chevy campaign that launched during NFL’s season opener. Coined “1,000 percent the whole package” by Rolling Stone, he has three nominations for the upcoming fan-voted 2022 CMT Music Awards. He just wrapped Russell Dickerson’s ALL YOURS, ALL NIGHT TOUR and will hit the road this summer in addition to high-profile stages such as Tortuga Music Festival (4/9), Stagecoach Country Music Festival (4/29), Hangout Music Festival (5/21), and Tidalwave Festival (8/12).  BRELAND is also recognized in the Country Music Hall of Fame® and Museum’s brand-new exhibit, American Currents: State of the Music.