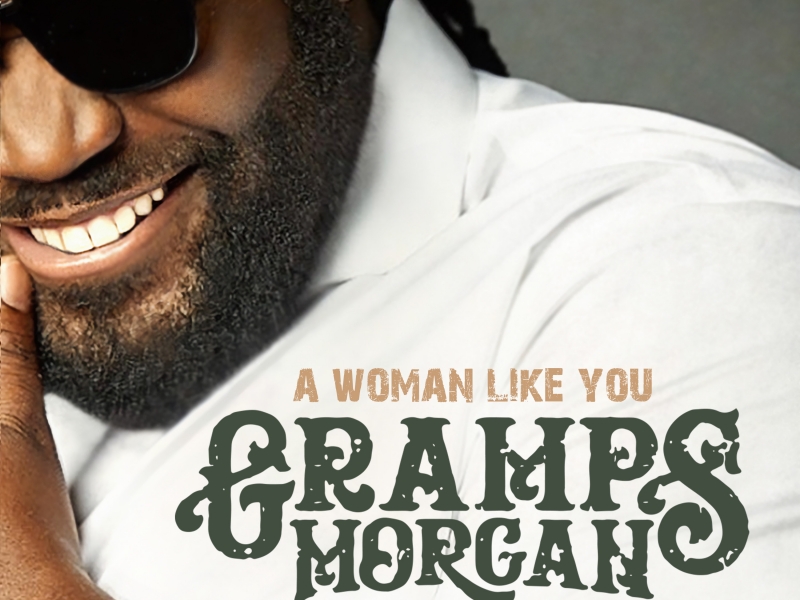 After an unprecedented year of civil unrest amidst a global pandemic that left so many isolated and suffering devastating losses, Nashville based reggae artist Gramps Morgan wants to spread more love in 2021. Offering a unique voice to Music City’s increasingly diverse sounds, the soulful GRAMMY award-winning crooner releases his latest track “A Woman Like You” as well as an accompanying video. Listen HERE and watch the new video HERE.

Surrounded by strong women throughout his life including his late mother who had a huge impact on the positive attitude and warm spirit he maintains today, Gramps shares, “‘A Woman Like You’ is simply a song to celebrate women all over the world, not just on Mother’s Day or Valentine’s Day but every day!”

A Nashville native since 2012, Gramps moved to town after falling in love with Music City following a performance at the historic Ryman Auditorium while on tour with India.Arie. Though his reggae roots are at the forefront, the heartfelt track is driven by traditional country music’s pedal steel throughout.

Produced by Scottish-born, multi-platinum recording artist/producer Johnny Reid and written by Reid and Brent Maher, the track was recorded at Nashville’s Soultrain Sound Studios the former home of historic Scruggs Sound Studios. “A Woman Like You” offers fans their first taste from Gramps first solo project in over eight years set for release later this summer.

Created to celebrate all that reggae and country music have to offer, Gramps sees his music as genre-less…bursting with positive vibration...a soundtrack to celebrate both love and Music City. By flavoring reggae with dashes of both country and soul, Gramps effortlessly blends the sounds of legendary artists like Ken Boothe, Toots Hibbert, Jimmy Buffet and Kenny Chesney creating a sonic recipe all his own to bring everyone to the metaphoric table.

"Even though we have been physically distanced this past year due to COVID-19, we’ve seen people come together like never before. My hope is that through this music we can bring people together that wouldn’t normally come together and spread more love along the way,” Gramps shared. “I want our music to transport all of us to the beach, sipping rum from a pineapple,” “An album dedicated to the ‘Islander’ in all of us.”

His latest track follows last year’s “Runaway Bay,” a love letter to Jamaica incorporating elements of 1950s-skaa, a precursor to reggae as well as “People Like You.” The latter was dedicated to the everyday heroes on the pandemic’s front lines the song was a heart-warming tribute to two men who lost their lives to COVID-19 – a beloved uncle and Morgan Heritage producer Robert “Bobby Digital” Dixon.

In addition to his solo career, Gramps continued to work with Morgan Heritage. The group’s 2015 Strictly Roots topped the Reggae Music charts and earned a GRAMMY® Award in 2016 for Best Reggae Album. Morgan Heritage garnered two more GRAMMY® nominations: for 2017’s Avrakedabra and for feature vocals on Shaggy and Sting’s “44/876” (A&M Records, 2018).