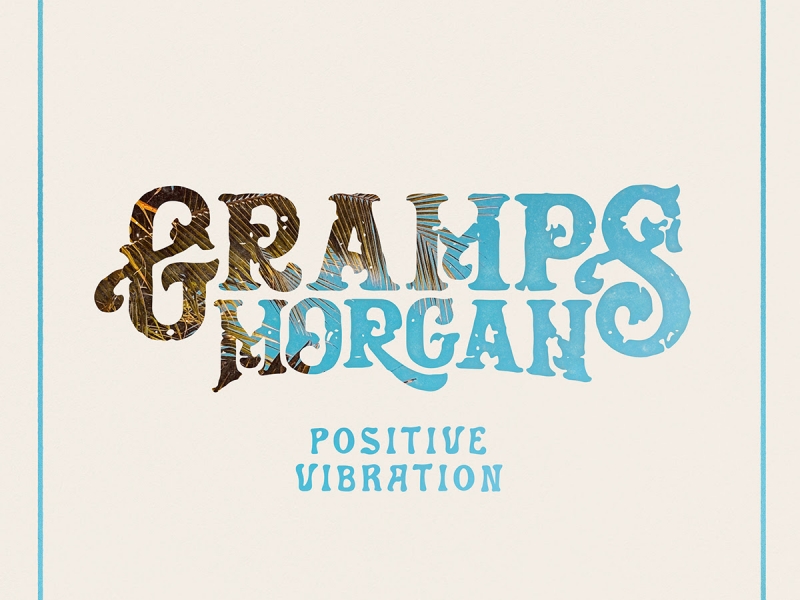 NASHVILLE, Tenn. – Today Nashville-based reggae artist Gramps Morgan releases his new album Positive Vibration. Bringing a unique voice to Music City’s increasingly diverse sounds, the 15 track LP is the first solo project from the GRAMMY award-winning singer/songwriter in nine years and features star-studded collaborations with Shaggy, India.Arie, Lybran (The Rum Boss) and three generations of Morgans with Denroy Morgan & Jemere Morgan. Following an unprecedented year of civil unrest amidst a global pandemic that left so many isolated and suffering devastating losses the soulful “Positive Vibration” crooner hopes the album will be the perfect soundtrack to bring us all back together this summer. Listen to the album HERE.

“Even though we have been physically distanced this past year due to COVID-19, we’ve seen people come together like never before. My hope is that through this music we can bring people together that wouldn’t normally come together and spread more love along the way,” Gramps says.American Songwriter calls Positive Vibration, "one of the summer’s most-needed releases," while the Tennessean echoes the sentiment saying, "His bold new album...is a pure celebration." Produced by Scottish-born, multi-platinum recording artist/producer Johnny Reid and recorded both in Nashville, at Soultrain Sound Studios the former home of historic Scruggs Sound Studios, as well as in Canada at Toronto’s Revolution Recording Studio, Gramps co-wrote 13 of the 15 tracks for the project.“Johnny and I came together in solidarity to create a soundtrack of positive vibes for all the good people out there,” Gramps shares. “I hope this album helps us celebrate the goodness that is possible when people from all walks of life stand together as one. I want our music to transport all of us to the beach, sipping rum from a pineapple…an album dedicated to the ‘Islander’ in all of us.”

“I grew up listening to soul and reggae music,” Gramps explains, “but when we would make Sunday dinner—we called it ‘rice and peas day’—all we listened to was old reggae and country songs. I developed a great appreciation for country music and always wanted to create music that celebrated both reggae and country.”

The album follows the release of tracks “If You’re Looking for Me,” “Positive Vibration” and “A Woman Like You” this year as well as last year’s “Runaway Bay,” a love letter to Jamaica incorporating elements of 1950s-skaa, a precursor to reggae. Last year Gramps also released a one-off track “People Like You,” dedicated to the everyday heroes on the pandemic’s front lines. The song was a heart-warming tribute to two men who lost their lives to COVID-19 – a beloved uncle and Morgan Heritage producer Robert “Bobby Digital” Dixon.