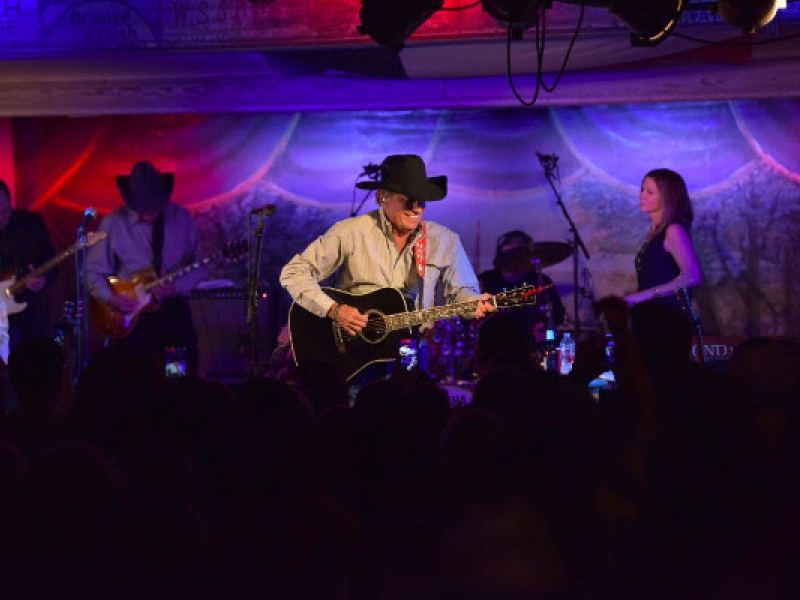 Back where it all began, George Strait returned to New Braunfels' Gruene Hall Wednesday night (Nov. 16.) and performed a nearly two-hour set in celebration of Strait Out of the Box: Part 2, available Friday, Nov. 18 exclusively at Walmart and Walmart.com

Taking the stage just after 7 p.m., The King of Country Music with his band, The Ace in the Hole Band, kicked off the surprise performance with "Here For A Good Time," a song Strait co-wrote with his son, Bubba Strait, and Dean Dillon.

For the first time, Strait performed the two brand new songs from Friday’s upcoming release, “Kicked Outta Country” and “You Gotta Go Through Hell,” both of which he co-wrote.

As awareness of the surprise show grew, a frenzy erupted in the historic township with fans flocking to the dancehall to see and hear Strait through the dusty side screens of Gruene Hall.

As the show came to a close, Strait paused for a moment – taking it all in – before walking one final time along the stage’s rim thanking those fans that helped celebrate his return to the storied hall.