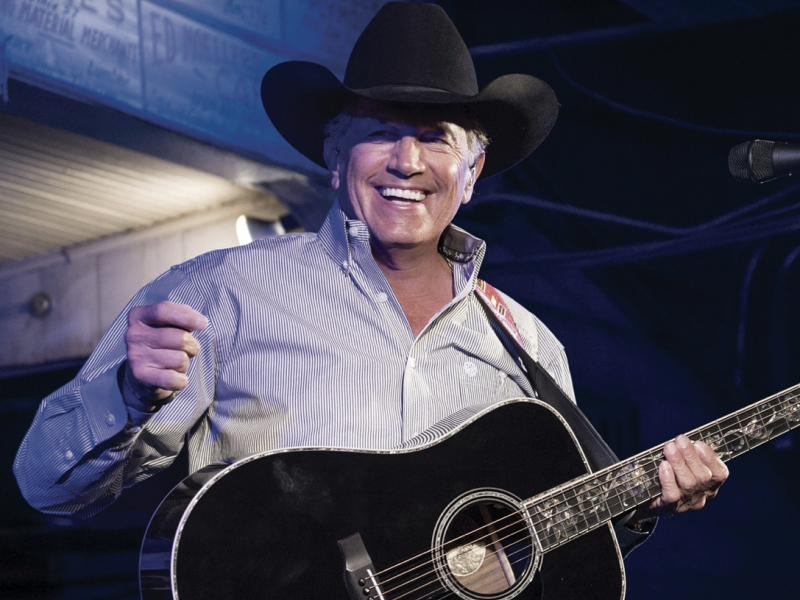 “This is Straight Up the best Country song that has crossed my desk in a long time.  The King still reigns supreme.”  - Bill Black, WKSJ (Mobile)

“The format’s standard is back! Tempo....a little two-step and all is well in the world! Great to have new music from The King of Country.” – Tom Hanrahan, WDXB (Birmingham)

“We love this new George single. It’s got tempo and exactly what we need on KMLE right now.” – Tim Richards, KMLE (Phoenix)

“George Strait, ‘The King,’ is back at it, asking everybody else to hold his beer while he delivers another solid performance.” – Danny Dwyer, KUPL (Portland OR)

“‘That ain’t country;’ ‘We don’t play new songs;’ ‘Too poppy;’ ‘No tempo.’ Yep, pretty much there is no excuse not to play this huge hit song from the icon in the format.” – Nate Deaton, KRTY (San Jose CA)

With an unmatched 60 singles hitting the top of the charts – more than any other artist in any genre – during the span of his 30-year career, Strait is the undeniable “King of Country Music.” He has collected 33 Platinum or multi-Platinum-selling albums, more than any country artist and ranking third across all genres behind only The Beatles and Elvis Presley. Strait is the only act in history to have a Top 10 hit every year for over three decades and has sold nearly 70 million albums and earned more than 60 major entertainment industry awards, including induction in the Country Music Hall of Fame in 2006.

The Country Music Hall of Famer recently played his 21st and 22nd sold-out shows at T-Mobile Arena in Las Vegas. The “Strait to Vegas” series began with six shows in 2016 and extended with 10 more in 2017. In 2018, Strait headlined Bayou Country Superfest to a sold-out Mercedes-Benz Superdome crowd in New Orleans, Louisiana, two nights in Tulsa, Oklahoma and one night in Austin, Texas.This year, fans can catch Strait at Mercedes-Benz Stadium in Atlanta on March 30, Ohio Stadium in Columbus, Ohio on June 8, two additional engagements of “Strait to Vegas” at T-Mobile Arena in Las Vegas on August 23 and 24, and Dickies Arena in Fort Worth, Texas on November 22 and 23. For more information, visit www.GeorgeStrait.com.