GEORGE STRAIT SET TO RETURN TO LAS VEGAS IN 2017 FOR 2 NIGHTS OF NUMBER 1’S, A LIMITED ENGAGEMENT CONCERT SERIES AT T-MOBILE ARENA 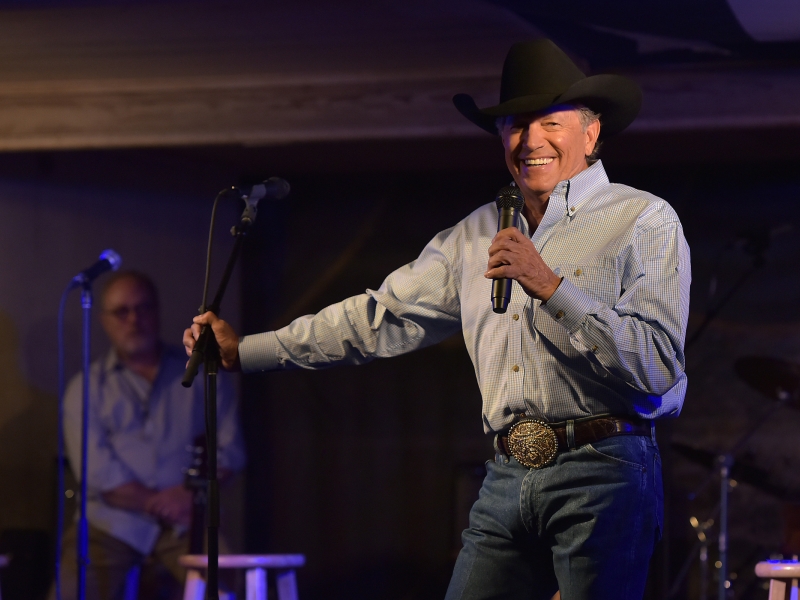 Strait to live-stream from Texas tonight with live concert beginning at 7 p.m. CT via Strait.WranglerNetwork.com

Strait Out of the Box: Part 2 available at Walmart and Walmart.com Friday, Nov. 18

SAN ANTONIO, Texas – Just hours prior to a rare album release show live-streamed from his home state of Texas in support of his forthcoming Strait Out of the Box: Part 2 three-disc collection today, “King of Country Music” George Strait announced that he will be returning to Las Vegas for four additional weekends at T-Mobile Arena in 2017. Billed as 2 Nights of Number 1’s, the limited engagement with back-to-back nights of straight No. 1's will showcase live performances of Strait’s unparalleled 60 No. 1 hits plus fan favorites over each weekend, with GRAMMY-nominated country singer / songwriter Cam joining as support. Tickets for all dates will go on sale Friday, Dec. 2 at 10 a.m. PT via www.StraitToVegas.com.

Upcoming dates for 2 Nights of Number 1’s are as follows:

Strait has once again teamed up with CID Entertainment to offer VIP Experiences and travel packages for his 2017 shows. VIP package amenities range from a professional photograph in front of Strait's iconic stage to admission to a private exhibit showcasing the life and career of George Strait. Travel packages bundle show admission with hotel accommodations and more. Additional details are available at http://www.cidentertainment.com/events/strait-to-vegas-2017/.

Many of the songs that Strait will be performing during 2 Nights of Number 1’s are also featured on Strait Out of the Box: Part 2, available this Friday, Nov. 18 exclusively at Walmart and Walmart.com. The three-disc, 56-track collection spans 20 years of Strait’s remarkable career from 1996 to 2016 and offers fans two new songs with “Kicked Outta Country” and “You Gotta Go Through Hell,” both of which Strait co-wrote. For more information, visit www.georgestrait.com or www.straittovegas.com.

George Strait is the undeniable “King of Country Music.” His music career spans more than 30 years; includes 60 No. 1 singles, more than any other artist in any genre; and boasts 33 platinum or multi-platinum-selling albums, more than any country artist and third across all genres behind only the Beatles and Elvis Presley. Strait is the only act in history to have a Top 10 hit every year for over three decades and has sold nearly 70 million albums and earned more than 60 major entertainment industry awards.

Strait, whose name has become synonymous with “real country” since his 1981 debut, was inducted into the Country Music Hall of Fame in 2006. He has since released five more albums, including the GRAMMY Award-winning Troubadour and his latest chart-topping release, Cold Beer Conversation. In 2014, he shattered the North American indoor concert attendance record by drawing 104,793 concertgoers to his The Cowboy Rides Away Tour finale at AT&T Stadium in Dallas. Strait performed six sold-out shows at T-Mobile Arena in 2016 as part of his Strait to Vegas exclusive concert series, extending his limited engagement into 2017 over four weekends with 2 Nights of Number 1’s.