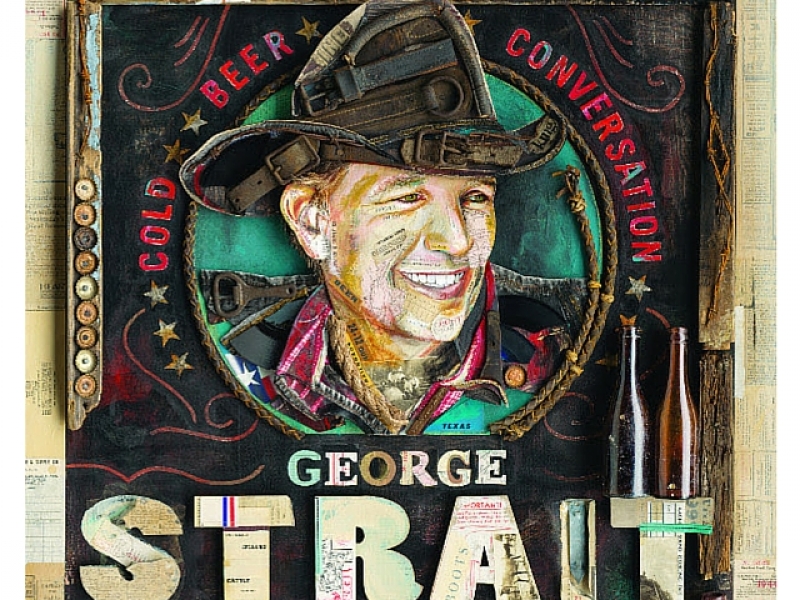 LAS VEGAS, Nev. (Sept. 22, 2015) – George Strait, the musical icon who has been reverently referred to as “The King of Country Music,” will release his new album Cold Beer Conversation this Friday, Sept. 25, as announced at a press conference from MGM Grand in Las Vegas today. The album was produced by Chuck Ainlay and Strait for George Strait Productions and features 13 songs including his latest single, “Cold Beer Conversation,” premiering at country radio tomorrow. The album is available as an exclusive digital download on iTunes, available for pre-order now at http://umgn.us/32bH and Walmart.com, and will be available Friday exclusively via Apple Music and at Walmart.

This is the first new studio album in two years from the MCA Nashville recording artist. His last studio album was the Gold-certified Love is Everything, which featured the Platinum-certified No. 1 hit (and 60th No. 1 hit of his career) “Give It All We Got Tonight” as well as the Gold-certified hit “I Got A Car.” Strait also released The Cowboy Rides Away: Live from AT&T Stadium CD and DVD in 2014, celebrating his mega-successful, two-year final tour.

Strait’s final tour was never meant to convey his final performance, however. Also announced in today’s press conference, Strait will perform a series of exclusive worldwide concert engagements at the new Las Vegas Arena opening in April 2016. The Country Music Hall of Fame inductee will be among the first entertainers to perform at the new venue, with four shows beginning April 22 and additional dates slated for April 23, September 9 and September 10, 2016. Opening for Strait will be GRAMMY, ACM and CMA Award-winning singer/songwriter Kacey Musgraves, who recently released her second studio album Pageant Material to critical acclaim.

“I said all along I wasn’t going to tour anymore, but I also said that I wasn’t retiring by any means and I still wanted to do some dates,” Strait said during the press conference. “I’ve been working a little bit here and there, and I’m really proud of this new album that’s coming out. . . I think it’s a great record – I always say this; I think it’s one of the best records I’ve done. I always shoot for that. You’ve got to go in the studio thinking that way, so I’m very excited about that and I’m also very excited to be coming back out and playing for the fans out there. I’m looking forward to it so much, singing those songs that I love so much and haven’t done in a while. I’m really, really looking forward to being able to play in the new Las Vegas Arena. I hear it’s just unbelievable. I can’t wait.”

Tickets for the concert series will go on sale Friday, Oct. 2 at 10:00 a.m. PT via www.straittovegas.com and range in price from $75 to $200 plus applicable fees. American Express® Card Members can purchase tickets before the general public beginning Friday, Sept. 25 at 10 a.m. PT throughThursday, Oct. 1 at 10 p.m. PT.