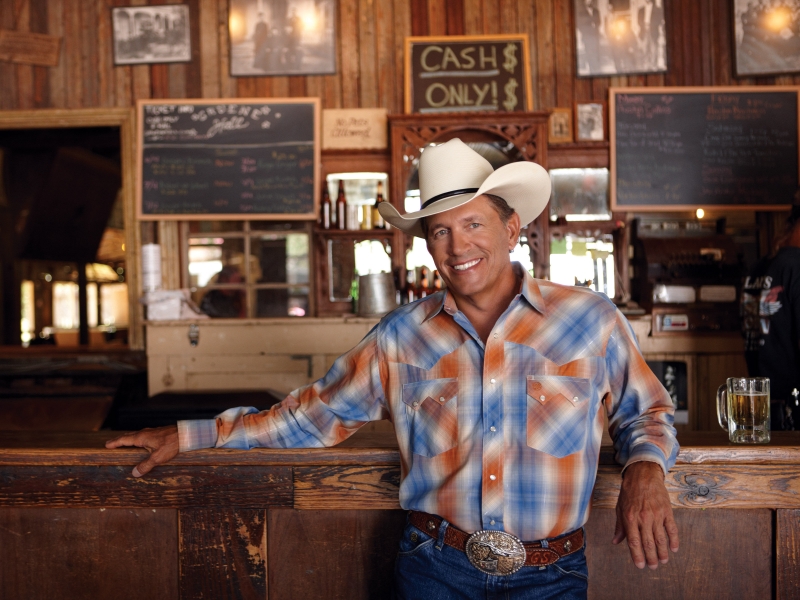 AUSTIN, Texas – The Texas State Legislature will officially appoint 5x Entertainer of the Year George Strait with their top honor as 2017's State Musician on Thursday, May 18 in Austin, Texas.

The general public nominates candidates for the honor, and then recipients are selected from those nominees by the Texas Commission on the Arts through several committee processes.

“It's a great honor for me to be selected as Texas State Musician of 2017 and join this very prestigious list of other honorees,” proclaimed Strait. “I'm a very proud Texan and love to sing the praises of our great state every chance I get. Thank you very, very much.”

Selections for the honor are made every two years. Among the talented artists given this accolade include Willie Nelson, Lyle Lovett and ZZ Top’s Billy Gibbons.

A Texas native, Strait has recorded and released several songs about his home state including, “All My Ex’s Live in Texas,” “Amarillo By Morning,” “Somewhere Down in Texas,” “Does Fort Worth Ever Cross Your Mind,” “Texas,” “Lone Star Blues,” “Remember the Alamo,” “Take Me To Texas” that he wrote for the History Channel’s Texas Rising and more. He’s also shown for keeping the Texas spirit alive in many ways such as returning to New Braunfels, Texas’ legendary dance hall, Gruene Hall, for a two-hour set Nov. 16 for his release of his hit box set Strait Out of the Box: Part 2 as well as tapping native Texan Kacey Musgraves to his open his Las Vegas exclusive worldwide engagements, Strait To Vegas.

The honor of Texas State Musician of 2017 will join the list of Strait’s lifetime achievements including his induction into the Country Music Hall of Fame in 2006, selling more than 70 million albums, having 33 albums go Platinum or multi-Platinum, earning more than 60 major entertainment industry awards and having 60 singles go to No. 1 on the charts.

Tickets and VIP packages for the July 28-29 2 Nights of Number 1’s shows are on sale now. For more information or to purchase tickets, visit StraitToVegas.com.

Many of the songs that Strait will be performing during 2 Nights of Number 1’s are also featured on Strait Out of the Box: Part 2, available now. The three-disc, 56-track collection spans 20 years of Strait’s remarkable career from 1996 to 2016 and offers fans two new songs with “Kicked Outta Country” and “You Gotta Go Through Hell,” both of which Strait co-wrote. For more information, visit www.georgestrait.com or www.straittovegas.com.