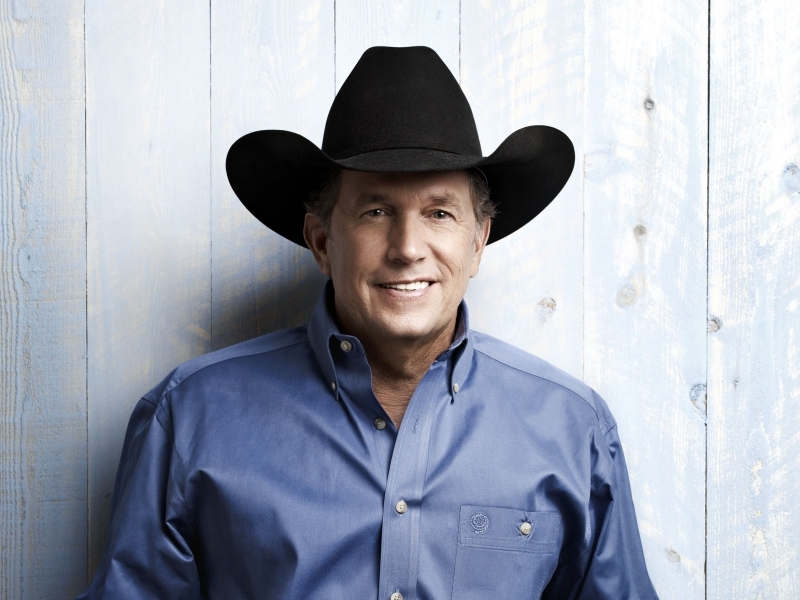 LAS VEGAS, Nev. – With a North American record-setting final tour stop sell-out at AT&T Stadium on his The Cowboy Rides Away Tour, 104,793 fans helped multiple ACM and CMA Entertainer of the Year George Strait bring one chapter of his inimitable touring career to a close, but the book is far from over for the iconic artist who continues to rank among country music's most-streamed artists, logging more than four billion audio streams and counting as of this week.

In 2015, Strait revealed he would perform a series of exclusive worldwide engagements at T-Mobile Arena in Las Vegas that commenced last April and continue through 2017, including his most recent sold-out dates with Kacey Musgraves. The two Texans closed the Strait To Vegas shows by playing for a capacity crowd of more than 33,000 people between Feb. 17 and 18.

During the closing weekend, Musgraves sat down with Strait to ask him fan-submitted questions via Facebook Live, where he shared things like his bucket list item of fishing in Cuba and his first memory of playing in Las Vegas. But the primary question on every fan’s mind was: “What is the future of his live concerts?”

Strait answered their question: the reputable country star revealed that his exclusive performances in Las Vegas will continue -- with a twist. Strait has announced that he will shake things up with an unprecedented two nights of No. 1’s beginning with his April 7-8 shows. With an unmatched 60 singles hitting the top of the charts during the span of his career and more than 283,000 fans streaming Strait's "60 #1 Hits" playlist on Spotify every month, the King of Country wanted to share these radio hits plus several fan-favorites such as “Amarillo By Morning” and “Troubadour” that, surprisingly to many, never reached No. 1. During Strait’s upcoming 2 Nights of Number 1’s, he will play 30 No. 1 hits Friday, April 7 and 30 No. 1 hits Saturday, April 8, in addition to those “can’t miss” classics.

“I think some fans would throw something at me if I didn’t play those,” Strait noted with his signature grin. "We're going to try this out in April and change it up for those shows, then see how it goes. It's important to me to hear what the fans think and take it from there."

Strait elaborated,"We're going to be rehearsing, I would say 25 songs that we haven't played in years, so this should be fun!"

Ticketing information is available at StraitToVegas.com.