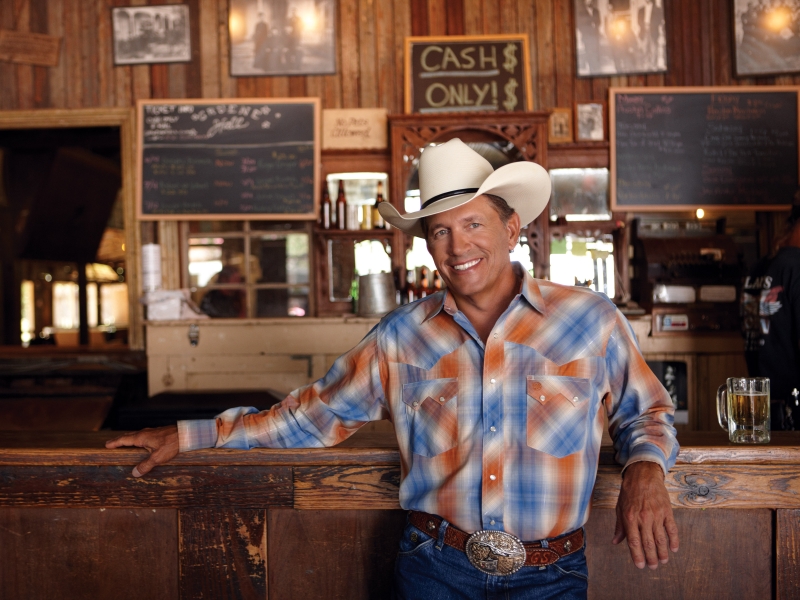 NASHVILLE, Tenn. (Oct. 2, 2015) – Fans were ecstatic when George Strait announced that he would be heading to Sin City for an exclusive concert series at the Las Vegas Arena in 2016 and releasing his new album, Cold Beer Conversation, last week. The demand for new music from Strait translated to an immediate sellout of all six dates of his “Strait to Vegas” run after tickets went on sale today, with more dates to be added. The staggering response from fans already prompted Strait to add two shows to the series, which is currently scheduled for April 22, April 23, September 9, September 10, December 2 and December 3, 2016. GRAMMY, ACM and CMA Award-winning singer/songwriter Kacey Musgraves will join him as support for the full run.

With the release of the 13-track Cold Beer Conversation, fans and critics alike have made it known that the “King of Country Music” remains at the top of his game. The Plain Dealer proclaims that “the hardest part about reviewing George Strait's surprise new album, Cold Beer Conversation, is deciding which of the 13 tracks to gush over first” and describes the instantly relatable title cut, which is also the lead single at country radio now, as “a great little ditty about ‘a couple of ol' boys’ just sharing a few brews, reminiscing about high school football, worrying about aging parents and trying to figure out the world.”

The Associated Press notes, “Cold Beer Conversation is vintage Strait. He has such a strong vocal presence… the highlights prove that Strait remains at the top of his game: From the casual way he captures a meaningful talk between buddies on the title cut to the melodic intimacy of ‘Let It Go’ to the jaunty swing of ‘It Takes All Kinds,’ the album adds another gem to one of country music's deepest, most entertaining catalogs” and Billboardechoes that reverence, observing that “the key to Strait’s success is that he brings a different flavor and nuance to each song, even if the subject matter is similar. More than 30 years since his MCA Nashville debut (he’s still on the same label after all these decades), his smooth tenor is as clear as ever and each subtlety -- a well-placed chuckle, a tiny sigh -- still resonates.”

With 60 No. 1 singles and nearly 70 million records sold, Strait is the most-nominated artist in CMA Awards history and was the first country music artist honored with Billboard’s “Legend Of Live” Award. His last show, which took place at AT&T Stadium on June 7, 2014, shattered the North American attendance record for an indoor concert with 104,793 ticket-holders.

Stay tuned for information on additional “Strait to Vegas” dates and more at www.georgestrait.com and www.straittovegas.com.