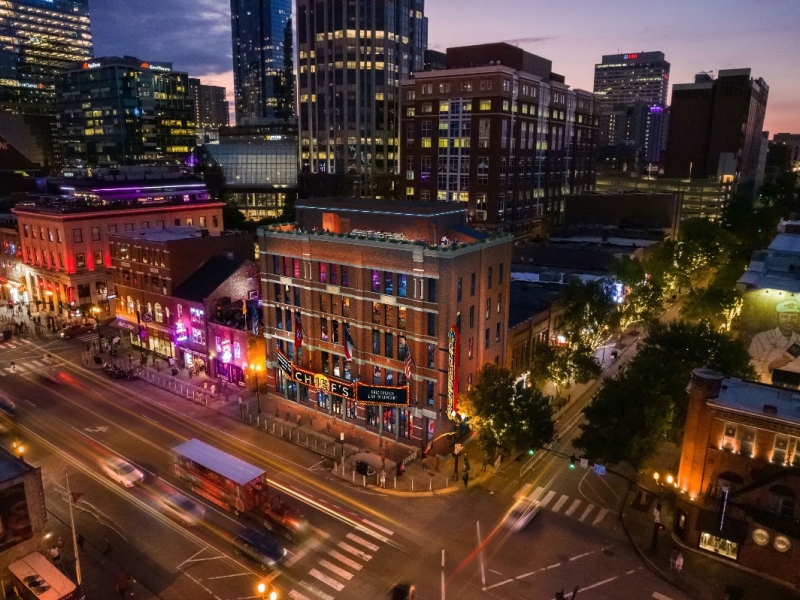 Designed to celebrate Church’s ever-expanding musical legacy while creating a downtown Nashville gathering place for all, Chief’s will feature a ticketed music venue plus additional live entertainment throughout the building and unique décor elements such as more than 3,000 concert posters from throughout the CMA Entertainer of the Year’s career papering the ground floor. Chief’s will also house a studio for live broadcasting, inclusive of Church’s Outsiders Radio SiriusXM channel, with the capability of hosting broadcasts by various media partners.

“I’ve had a blast working with Ben on the design of Chief’s,” says Church of the establishment’s stage of development. “Like everything we do with our music, the same care and consideration has gone into every detail of this place. It will be unrivaled downtown. I can’t wait to play here..”

Situated at the intersection of 2nd Avenue and Broadway in historic downtown Nashville, Chief’s is designed with Church’s direct input to pay homage to chapters in his life. The property boasts character-driven design that revitalizes the former Cotton Eyed Joe building. Between the inspirational interiors and thoughtful focus on unique live performances, Chief’s will offer fans an unparalleled entertainment experience in in Music City.

“Chief’s is an example of impactful design storytelling at its finest,” says Weprin, CEO and Founder of AJ Capital Partners. “We are excited to bring an experience unparalleled in the world of music, food, and entertainment to the heart of Broadway with one of the most storied properties downtown has seen. Through Rodney Scott’s Whole Hog BBQ, two seated music venues and a meaningful design, Chief’s is a physical manifestation to Eric Church and his musical legacy.”

About Pitmaster Rodney Scott
Pitmaster Rodney Scott has been cooking whole-hog barbecue over wood coals since he was 11 years old. For the next 25 years he worked with his family in their BBQ stop in Hemingway, S.C. until 2017 when he opened Rodney Scott’s BBQ in the North Central neighborhood of Charleston, S.C. In that same year, the restaurant was named one of the 50 Best New Restaurants by Bon Appetit Magazine and in 2018, Scott was awarded the James Beard Foundation’s Award for Outstanding Chef Southeast. In 2019, Rodney Scott’s BBQ opened a second location in the Avondale neighborhood of Birmingham, Ala. and in the summer of 2021, a third location in Atlanta, Ga., bringing whole-hog, South Carolina-style barbecue along with his famous “Rodney’s Sauce” to another part of the South.

Rodney has been the subject of a full episode of the award-winning Netflix series “Chef’s Table” and worked as a judge on Food Network’s “BBQ Brawl” for two seasons. His cookbook, Rodney Scott’s World of BBQ, published by Clarkson Potter, was released in the spring of 2021 to great fanfare and named one of the best cookbooks of the year by The New York Times, The Washington Post, Time Out, Taste of Home, Garden & Gun, Southern Living, VICE and Library Journal.