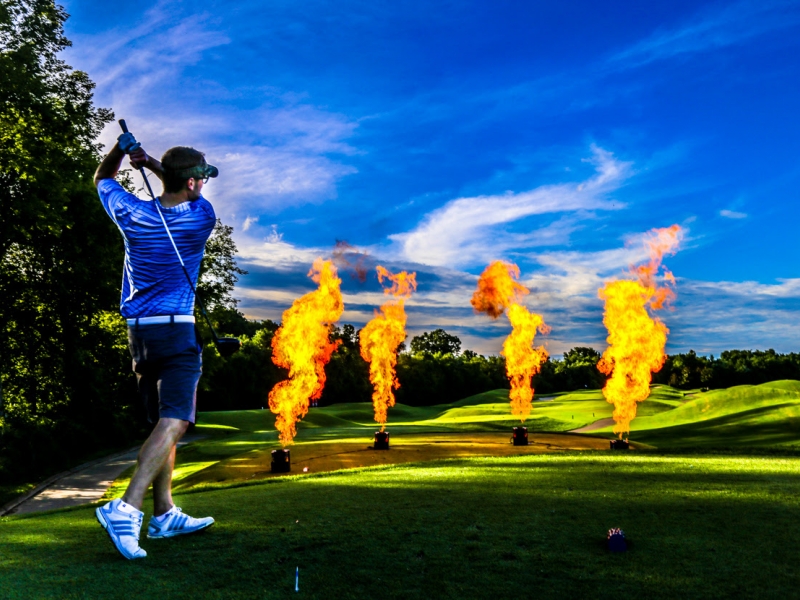 NASHVILLE, Tenn.  -- (Friday, Sept. 9, 2016) -- The Fifth Annual Eric Church Band “Put a Club in My Hand” Golf Tournament was held in Nashville on Monday, Aug. 22. The event was produced by Big Hearted Babes and raised $214,190 for MusiCares®, the charitable arm of The Recording Academy® which provides a safety net of assistance for those in the music industry to help with medical, financial, and personal emergencies. The invitation-only tournament was an all-day event featuring an 18-hole scramble for artists, musicians, tour staff, music industry professionals and more. Funds for the donation were raised through 160 registered golfers, 34 generous partners and a silent auction. To date, the annual event has raised more than $600,000 for MusiCares.

"What makes this event so special is that not only does it reflect Eric's longtime support of MusiCares, but each year, Eric's band and crew put this fundraising tournament together," said Neil Portnow, President/CEO of The Recording Academy and MusiCares. "For me, this underscores the fact that MusiCares serves music people in professions throughout the industry. In fact, we recently started a round of special outreach and assistance for music people affected by the Louisiana floods, and benefits such as this golf tournament help MusiCares to be immediately responsive when a crisis strikes part of our community."

Fans can catch Eric Church and his band on the road in 2017 on the recently announced Holdin’ My Own Tour.

About MusiCares®:
Established in 1989 by The Recording Academy, MusiCares provides a safety net of critical assistance for music people in times of need. MusiCares' services and resources cover a wide range of financial, medical and personal emergencies, and each case is treated with integrity and confidentiality. MusiCares also focuses the resources and attention of the music industry on human service issues that directly impact the health and welfare of the music community. For more information, please visitwww.musicares.org. For breaking news and exclusive content, please "like" MusiCares on Facebook, follow @MusiCares on Twitter andInstagram.