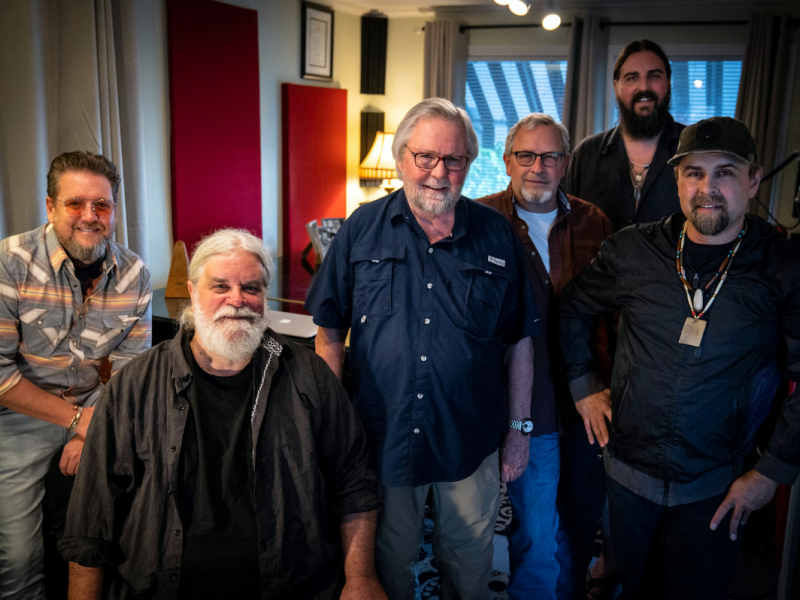 NASHVILLE, Tenn. – The Erv Woolsey Co. expands their talented roster with the signing of Vince Herman, lead vocalist and cofounder of the American Jam Band and Leftover Salmon, to a management deal for his forthcoming solo projects as well as a publishing deal under EWC’s Wimberley Music. The management deal is in partnership with Chris Davisson, one half of EWC client the Davisson Brothers Band.

“We first had the opportunity to work together with Vince when he wrote the title track on Leftover Salmon’s latest studio album, Brand New Good Old Days, which we had the honor of publishing through Wimberley Music,” notes CEO & Founder Erv Woolsey. “We were so impressed by his talent and storytelling; we’re thrilled to have the opportunity to partner with him now in this even bigger capacity.”

“Since moving to Nashville in April I’ve been lucky enough to write with some amazing new friends and begin working with the great folks at The Erv Woolsey Co. & Wimberley Music,” shares Herman. “It’s been a great experience stepping into this new musical world after years of a completely different way of doing things. I’m really looking forward to the good things to come.”

About The Erv Woolsey Company
For nearly four decades, The Erv Woolsey Company has worked with some of the most notable names in the music industry. The team responsible for fostering the entertainment empire built by The King of Country Music, George Strait, continues to build their unmatched country music legacy throughout their roster of clients. Founded in the early 1980s, the company’s humble beginnings started with Erv and a young Strait at the helm. As Strait’s touring career and talents grew, Woolsey had his hands full, yet took a meeting with a young songbird, Lee Ann Womack, and knew her promising career was one he needed, and wanted, to be a part of. Out of their original office on Nashville’s historic Music Row, the company’s current roster includes Strait and Womack, alongside up-and-coming artists the Davisson Brothers Band, Kylie Frey, Ian Munsick, Jaden Hamilton, Zach Neil, Vince Herman and Southern/Country Rock band Stone Senate.