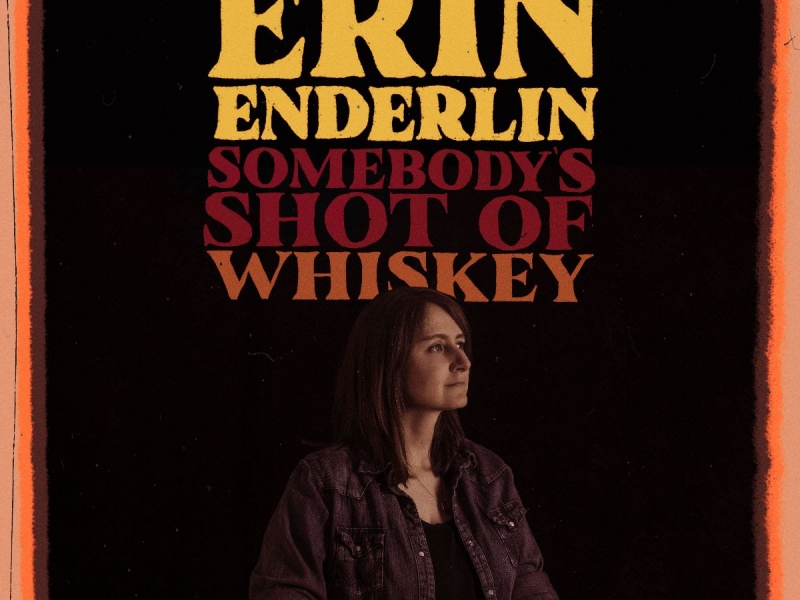 “I got the idea from a t-shirt that said, ‘I’d rather be somebody's shot of whiskey, than everybody’s cup of tea’ that just captured the way that I'm feeling these days,” shares Enderlin. “All I want to do is make music I love – preferably with a bunch of fiddle and steel – and be myself. I'm a 39-year-old woman singing old school country story songs, finding my people and loving every minute of it.”

A grinning defense of a good time, “Somebody’s Shot of Whiskey” echoes the laid-back cool of 70’s Emmylou Harris with lines that evoke the unapologetic irreverence of Loretta Lynn. Amidst acoustic guitar, crisp snare and cheeky fiddle, Enderlin’s protagonist admits she’s not for everybody, then celebrates not just self-acceptance, but love with another person that can only be found when we are wholly and unapologetically ourselves.

Enderlin released her full-length album Faulkner County in November 2019 to critical acclaim, with Billboard noting Enderlin “captivates throughout” and “proves that traditional country music is alive and well,” while Rolling Stone observes her “knack for literary flourish,” later earning the No. 17 spot on Rolling Stone’s “40 Best Country And Americana Albums of 2019,” praising the record to be “as satisfying as your favorite shorty story collection.”

The Country Music Hall of Fame & Museum included Enderlin in their annual American Currents exhibit, featuring the Arkansas-native in the Unbroken Circle section of the exhibit, which positions contemporary artists who have had breakthrough years with those who have influenced them, placing Enderlin with one of her heroes, Reba McEntire.

About Erin Enderlin
Erin Enderlin has a way of turning a song or even just a thought into an outstretched hand to the lonely or ashamed. Released in 2019, her latest album Faulkner County channels that empathy into 14 story songs. Enderlin is the most-awarded Arkansas Country Music Awards recipient to date. A member of the 2018 CMT “Next Women of Country” class, Enderlin joins Tanya Tucker during the 2021 CMT Next Women of Country Tour on select dates in August and September. With the release of 2017’s Whiskeytown Crier and a series of four digital EPs in 2019, she cemented her place at the forefront of new artists rooted in country’s rich history. Already a go-to writer for country stars, Enderlin has penned Alan Jackson’s “Monday Morning Church,” Lee Ann Womack’s “Last Call,” Luke Bryan’s “You Don’t Know Jack,” and a host of other songs for Randy Travis, Reba McEntire, Terri Clark, Rodney Crowell, Whisperin’ Bill Anderson, Rhonda Vincent, Joey+Rory, and more. For additional information, visit ErinEnderlin.com or follow her on Instagram and Twitter @ErinEnderlin and Facebook.com/ErinEnderlinMusic.###

Lyrics and credits for "Somebody's Shot of Whiskey" available HERE.