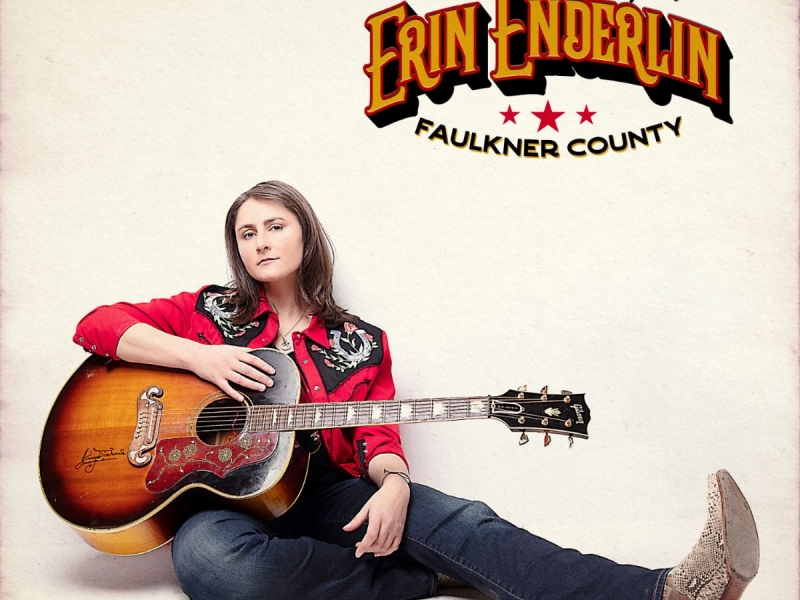 With her remarkable aptitude for crafting music with character-driven storylines, singer/songwriter Erin Enderlin returns with Faulkner County, her first full-length album since 2017.

Forbes shares, "Every song...honors country music at its very roots." Praising Enderlin's vocals and songwriting prowess on the new album they continue, "It shines through her soulful voice, the fiddle and ever-present steel guitar in the background, and the lyrics sharing stories of heartache, loss, desperation, and hope." Stream and download the new album HERE.

Produced by Jim “Moose” Brown and Jamey Johnson, Faulkner County cements 2019 as a red-letter year for Enderlin. The 14-track LP is a masterful ramble through lonely barroom corners and bedrooms, with story after story delivered by Enderlin. A stellar supporting cast including Vince Gill, Alison Krauss, Terri Clark, Cody Jinks, Dillon Carmichael and others poured harmonies and soul into the vivid collection, sounding like kindred spirits and close friends making music together for the sheer joy of it.

Enderlin will celebrate the release of Faulkner County today in Nashville with an album signing and acoustic performance at The Ernest Tubb Record Shop from 3:30-5:00 p.m., as well as a performance at The Grand Ole Opry at the Ryman for both the 7:00 p.m. and 9:30 p.m. showtimes. For dates and additional information, visit erinenderlin.com.

About Erin Enderlin
Erin Enderlin has a way of turning a song or even just a thought into an outstretched hand to the lonely or ashamed. Released November 1, 2019, her new album Faulkner County channels that empathy into 14 story songs. Named a member of the 2018 CMT “Next Women of Country” class, Enderlin is the most-awarded Arkansas Country Music Awards recipient to date. With the release of 2017’s Whiskeytown Crier and a series of four digital EPs in 2019, she cemented her place at the forefront of new artists rooted in country’s rich history. Already a go-to writer for country stars, Enderlin has penned Alan Jackson’s “Monday Morning Church,” Lee Ann Womack’s “Last Call,” Luke Bryan’s “You Don’t Know Jack,” and a host of other songs for Randy Travis, Reba McEntire, Terri Clark, Rodney Crowell, Whisperin’ Bill Anderson, Rhonda Vincent, Joey+Rory, and more. For additional information, visit ErinEnderlin.com or follow her on Instagram and Twitter @erinenderlin and Facebook.com/ErinEnderlinMusic.