ERIN ENDERLIN PREMIERES NEW MUSIC VIDEO FOR “FISHIN’ IN THE DARK” WITH CMT AND CMT.COM 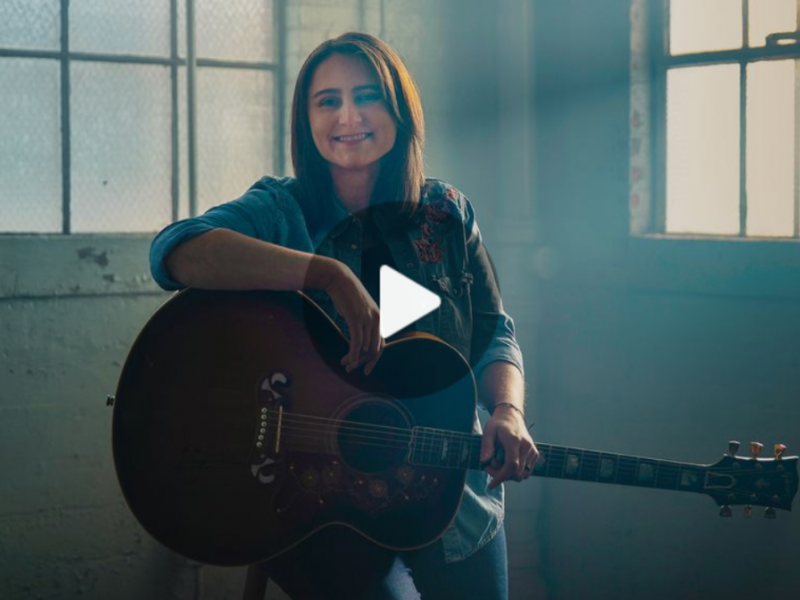 NASHVILLE, Tenn. – Billboard “revered singer/songwriter” Erin Enderlin premieres the new video for her laid-back take on the classic “Fishin’ In The Dark,” today, Thursday, July 16 with CMT and CMT.com. Guesting on the track is guitarist Jeff Hanna of the Nitty Gritty Dirt Band, who had a No. 1 single with the song in 1987. Watch the video HERE.

Directed by Ryan Nolan and filmed in Neely's Bend, Tenn., the video features Enderlin performing the track solo in an idyllic barn and heading out to do some fishin’ in the dark of her own with her husband.

“The location we shot at was so beautiful,” Enderlin shared with CMT. “It was out in the country and I could’ve stayed a week. It’s tricky to shoot outside — of course as soon as everything was set up it started raining cats and dogs, but luckily it let up and we were able to get to work. I loved the way it came together! It was extra special because I got to do this video with my husband, so seeing that was special.”

With the song’s digital release last month, Enderlin’s take on “Fishin’ In The Dark” was described by MusicRow as a “sultry, smiling, swooning, simmering outing” and having an “irresistible languid groove.” Enderlin co-produced “Fishin’ In The Dark” with Alex Kline and also features Jenee Fleenor on fiddle, Kevin “Swine” Grantt on bass, Lonnie Wilson on drums, Smith Curry on steel guitar and Danny Young on harmonies.

“‘Fishin’ In The Dark’ is a song I played in my high school dorm with my classmates singing along over cheap pizza – all the way to the bars on Broadway in Nashville for tourists enjoying a cold beer on Thursday night,” shares Enderlin. “It’s always brought a smile to my face, always been one of my go-to feel-good songs. I think we could all use a little more of that right now. It’s even more special to me because Jeff Hanna of the Nitty Gritty Dirt Band played guitar on the track.”

About Erin Enderlin
Erin Enderlin has a way of turning a song or even just a thought into an outstretched hand to the lonely or ashamed. Released November 1, 2019, her new album Faulkner County channels that empathy into 14 story songs. Named a member of the 2018 CMT “Next Women of Country” class, Enderlin is the most-awarded Arkansas Country Music Awards recipient to date. With the release of 2017’s Whiskeytown Crier and a series of four digital EPs in 2019, she cemented her place at the forefront of new artists rooted in country’s rich history. Already a go-to writer for country stars, Enderlin has penned Alan Jackson’s “Monday Morning Church,” Lee Ann Womack’s “Last Call,” Luke Bryan’s “You Don’t Know Jack,” and a host of other songs for Randy Travis, Reba McEntire, Terri Clark, Rodney Crowell, Whisperin’ Bill Anderson, Rhonda Vincent, Joey+Rory, and more. For additional information, visit ErinEnderlin.com or follow her on Instagram and Twitter @ErinEnderlin and Facebook.com/ErinEnderlinMusic.