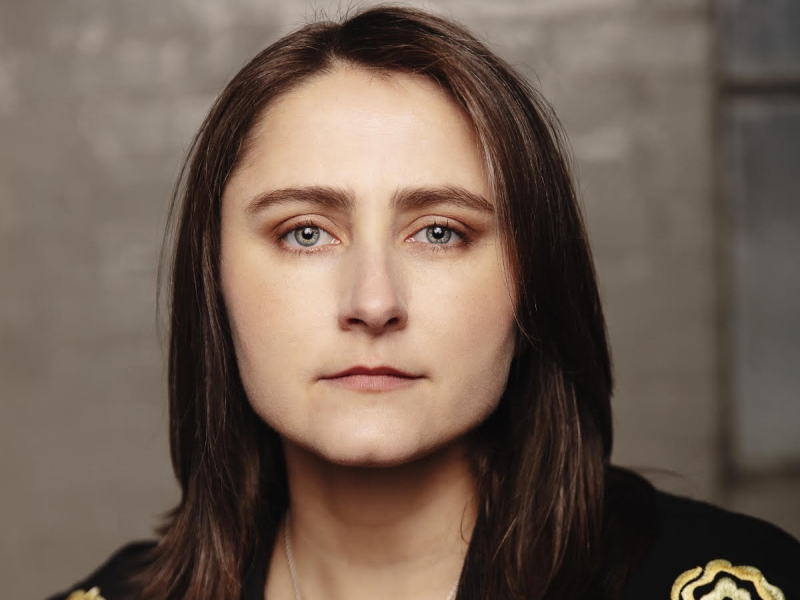 Music lovers everywhere spread the joy of discovering a brilliant new artist by sharing their favorite albums and songs, sometimes creating another fan. Artists themselves know how important word-of-mouth is, often setting the tone for their career from their earliest days, and how each fan who contributes to that process plays an essential part. But what if two of those fans were internationally-acclaimed artists and writers themselves?

Nashville-based singer, songwriter and storyteller Erin Enderlin recently found herself in that situation as her music landed in the hands of none other than Elton John via Rosanne Cash. Enderlin’s “The Queen of Marina del Ray” appeared on John’s Rocket Hour Radio Show on Aug. 22, leading to an interview with the icon himself, airing this Saturday, Sept. 26 at 11 a.m. CT, re-airing Sunday, Sept. 27 at 8 p.m. CT and available to stream on Apple Music.

“I'm still not sure how Rosanne heard the album,” said Enderlin, “but she sent me the nicest email about the song and kind of casually added that she was going to send the record to her good friend, Elton John. That alone was incredible enough and I thought that would be the end of it. To say I was surprised when I was told Elton was going to play my music on his radio show would be the understatement of the century. Being able to connect with two artists I just love and have so much respect for has been such an awesome experience.”

Prior to playing the “The Queen of Marina del Ray,” John shared, “This track was recommended to me by Rosanne Cash. Rosanne sent me an email saying, ‘You've got to check out this girl Erin Enderlin, and this song ‘The Queen of Marina del Rey,’ because it's a great album, it's called Faulkner County.’ But she name-checks Rosanne and myself on this song, so I’m going to play it.”

“And the album is fantastic,” John praised. “It's a new country artist to me, that I absolutely love.”

Upon the release of her full-length album Faulkner County, “The Queen of Marina del Ray” was described by Rolling Stone as a “cinematic tale of a woman with a messy, wayward past, reminiscing fondly about endless days of living hard and brushes with the glitzy, feverish side of Los Angeles…the kaleidoscopic chord progression even nodding to Sir Elton’s early years.”

Word of mouth also led to other firsts in 2020: Enderlin’s first feature in the “American Currents” exhibit at the Country Music Hall of Fame and Museum; a blockbuster tour, CMT Next Women of Country: Bring My Flowers Now Tour, supporting Tanya Tucker, rescheduled for 2021 and accolades from her homestate making her the most-awarded Arkansas Country Music Awards recipient to-date. Enderlin received four honors at 2020’s Arkansas Country Music Awards including Country Artist of the Year, Songwriter of the Year, Album of the Year for Faulkner County and Song of the Year for “Tonight I Don’t Give a Damn.”

As a highly-respected writer and collaborator for many in Country’s creative community, Enderlin’s cuts include Alan Jackson’s “Monday Morning Church,” Lee Ann Womack’s “Last Call,” Terri Clark’s “Cowboy Christmas,” Sunny Sweeney’s “Poet’s Prayer” and Alecia Nugent’s “I Might Have One Too.”

Enderlin joins Tucker on 2021’s CMT Next Women of Country: Bring My Flowers Now Tour, performing on the following dates:

Tickets are available for purchase HERE.

About Erin Enderlin
Erin Enderlin has a way of turning a song or even just a thought into an outstretched hand to the lonely or ashamed. Released November 1, 2019, her new album Faulkner County channels that empathy into 14 story songs. Named a member of the 2018 CMT “Next Women of Country” class, Enderlin is the most-awarded Arkansas Country Music Awards recipient to date. With the release of 2017’s Whiskeytown Crier and a series of four digital EPs in 2019, she cemented her place at the forefront of new artists rooted in country’s rich history. For additional information, visit ErinEnderlin.com or follow her on Instagram and Twitter @ErinEnderlin and Facebook.com/ErinEnderlinMusic.