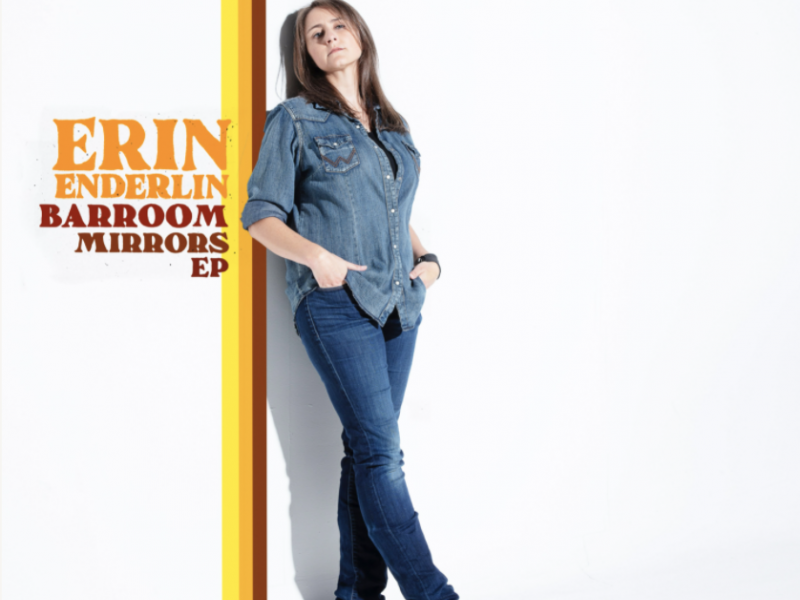 EP Release Show Set for October 13 at 3rd and Lindsley +Enderlin Performs at the Grand Ole Opry on October 15 Arkansas-Native Joins Tanya Tucker for the2021 CMT Next Women of Country Tour Sept. 14, Sept. 17 and Sept. 19
NASHVILLE, Tenn. – Following the release of her critically-acclaimed Faulkner County, Nashville-based singer, songwriter and storyteller Erin Enderlin has been writing and recording new music on her own terms, toying with the idea of continuing to release a song at a time rather than focusing on another full-length, eager to connect and create in new, exciting ways.

“I wrote ‘If There Weren’t So Many Damn Songs’ with my buddy Kayla Ray” shares Enderlin. “Last year, Kayla and I had both been a little blocked writing wise, so one week we challenged each other to write a song and send them in by Sunday. Kayla had written a little different version of this song and I absolutely loved it.

“I asked if she might be willing to do a little woodshedding on it with me and she jumped at the idea,” Enderlin continues. “We met up at her Airbnb in East Nashville and tweaked some lyrics and added a bridge and voila, honky-tonk magic.”

A fan and a friend of Clark, Enderlin knew “If There Weren’t So Many Damn Songs” was the appropriate track to share with the Canadian Country music star.

“I’d been wanting to do something with Terri – she’s a big influence of mine and I’m proud to call her a friend,” Enderlin says. “And this song reminded me of a game she likes to play where she becomes a human jukebox, playing about any country artist you can imagine. It was so damn cool getting to record this with her.”

To celebrate the release of the EP, Enderlin will perform at 3rd and Lindsley on Oct. 13 at 6:30pm CT during their Wildheart Wednesdays series, featuring opening acts and frequent cowriters, Kayla Ray and Ben Chapman, followed by a appearance at the Grand Ole Opry on release day, Oct. 15. Tickets for Oct. 13 at 3rd and Lindsley are available HERE. Tickets for Oct. 15 at the Grand Ole Opry are available HERE.

Today’s release follows “If I’m Not In Hell,” dubbed by The Boot as a “down-and-out ballad” in which “Enderlin continues to prove her versatility…demonstrating her skills as a songwriter who can convey heartbreak and sorrow as effortlessly as she can deliver lighthearted humor.”

That notion is further exemplified by “Somebody’s Shot of Whiskey,” the first taste of new music she delivered in July, lauded by Rolling Stone as “retaining a looseness that feels like a living-room jam,” and “embraces the idea of not being able to please everyone,” while MusicRow praises Enderlin as “an old-school traditionalist” and boasts the track is “a splash of clear, clean mountain water on the pancake makeup face of Music Row.”

About Erin Enderlin
Erin Enderlin has a way of turning a song or even just a thought into an outstretched hand to the lonely or ashamed. Released in 2019, her album Faulkner County channels that empathy into 14 story songs. Enderlin is the most-awarded Arkansas Country Music Awards recipient to date. A member of the 2018 CMT “Next Women of Country” class, Enderlin joins Tanya Tucker during the 2021 CMT Next Women of Country Tour on select dates in September. With the release of 2017’s Whiskeytown Crier and a series of four digital EPs in 2019, she cemented her place at the forefront of new artists rooted in country’s rich history. Already a go-to writer for country stars, Enderlin has penned Alan Jackson’s “Monday Morning Church,” Lee Ann Womack’s “Last Call,” Luke Bryan’s “You Don’t Know Jack,” and a host of other songs for Randy Travis, Reba McEntire, Terri Clark, Rodney Crowell, Whisperin’ Bill Anderson, Rhonda Vincent, Joey+Rory, and more. Her upcoming six-song EP Barroom Mirrors is set for release on Octber 15. For additional information, visit ErinEnderlin.com or follow her on Instagram and Twitter @ErinEnderlin and Facebook.com/ErinEnderlinMusic.

Lyrics for “If There Weren’t So Many Damn Songs” available HERE.