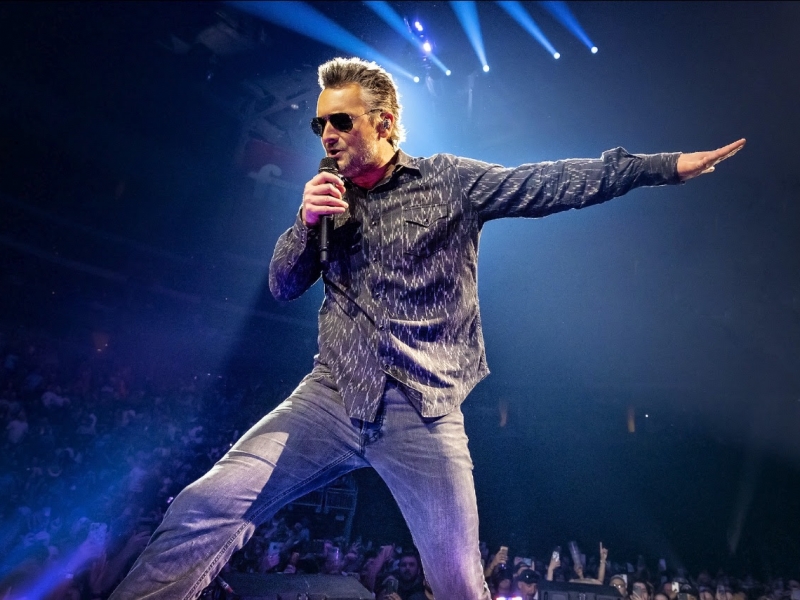 NASHVILLE, Tenn. — Ahead of closing out the U.S. leg of his 55-show The Gather Again Tour at New York City’s Madison Square Garden on May 20, Eric Church takes home 2022’s Billboard Music Awards’ Top Country Tour award; an award he wears like a badge of honor.

Just over a year ago Church graced the magazine’s cover talking about the future of touring: how, when and what it would feel like, with The Wall Street Journal taking note of his leadership pioneering the return of arena-sized live music.

“We all held faith that live music would return,” reminds the CMA Entertainer of the Year winner of the two year hiatus spent away from the Church Choir. “Every night when we hit the stage there’s a moment where I think we can’t go any harder; then we see someone in the crowd who reminds us how fortunate this time is together because they’re so in it ... and it’s like we’re in overtime. The stakes are higher and the plays are bigger. To take home this award means that we all came through this together because we believed we would, and we did. And music did that. Country music did that.”

Church continues to expand the parameters of his live shows with two distinct one-night-only stadium concerts at Milwaukee’s American Family Field on May 28 and Minneapolis’ U.S. Bank Stadium on June 11 on the heels of The Gather Again Tour’s U.S. wrap.

“Playing Nissan Stadium as our last show in 2019 without knowing it was our last left an impression on us,” he adds. “When there’s that much raw energy in one place, it creates a different kind of show. It’s not something we want to do night-after-night, but in the right stadium on the right night, we gotta keep it going!”

About Eric Church
Eric Church spent last year releasing new music at a relentless pace; sharing the results of a marathon session during which he spent nearly a month writing and recording a song per day while sequestered in rural North Carolina – including his latest Gold-certified No. 1 “Hell of a View” and Top 5 “Heart On Fire.” The resulting critically acclaimed and chart-topping three-part project, Heart & Soul, is available everywhere now.

Just as unique as Church’s approach to recording and releasing music is his tenacity on the road. During 2019’s Double Down Tour, Church played back-to-back nights of two unique shows in each market sans opening act, giving every city’s fans six-plus hours of his iconic music. The tour also featured a massive stop at Nissan Stadium in Nashville, where he broke the venue’s concert attendance record with more than 56,000 fans in attendance and became the first artist to sell out the venue with a solo lineup. Church has now returned to the road for his 55-city The Gather Again Tour, visiting full-capacity arenas for an in-the-round show. He is also scheduled to headline two one-of-a-kind stadium shows this summer; May 28 in Milwaukee in June 11 in Minneapolis.

A seven-time ACM Award winner, four-time CMA Award winner (including the 2020 award for Entertainer of the Year), Billboard Music Awards’ 2022 Top Country Tour winner and 10-time GRAMMY nominee, Church has amassed a passionate fanbase around the globe known as the Church Choir as well as a critically acclaimed catalog of music. His previous project, the Gold-certified Desperate Man, earned a GRAMMY nomination for Best Country Album (his third nod in the category). Prior releases include the Platinum-certified Sinners Like Me (“How ’Bout You,” “Guys Like Me”), Carolina (“Smoke a Little Smoke,” “Love Your Love the Most”) and Mr. Misunderstood (“Record Year,” “Round Here Buzz”), the Double-Platinum certified The Outsiders (“Like a Wrecking Ball,” “Talladega”) and the 3x Platinum-certified Chief (“Springsteen,” “Drink In My Hand”), as well as 30 Gold, Platinum and multi-Platinum certified singles.