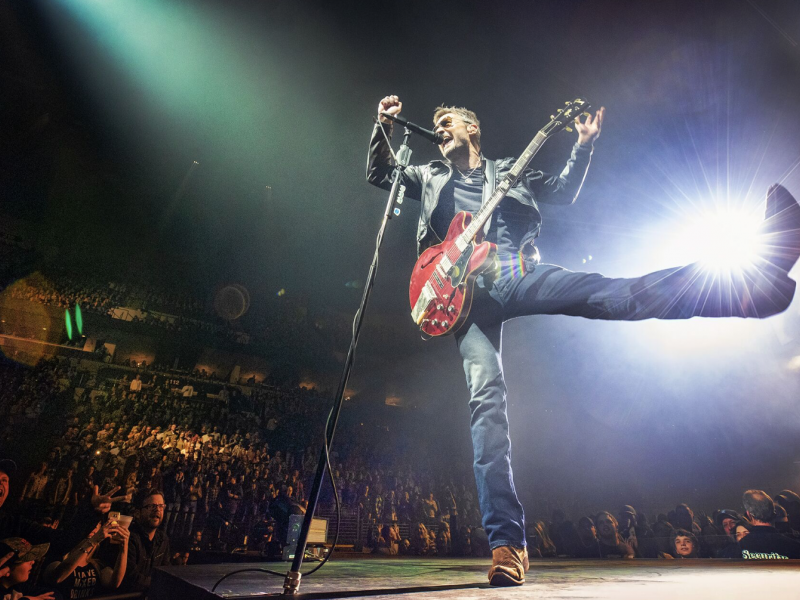 With sold-out weekends of back-to-back shows the norm thus far on the critically-acclaimed Double Down Tour, multi-Platinum superstar Eric Church lands at the top of both Pollstar’s LIVE75 and Global Concert Pulse Charts this week.

According to Pollstar’s data, “Eric Church makes his stand at No. 1 [on the LIVE75 chart] with a ticket sales average of 13,987 from two-night engagements at Fiserv Forum in Milwaukee, Wis. on March 29-30, American Airlines Center in Dallas on April 12-13 and Cleveland’s Rocket Mortgage Fieldhouse (formerly Quicken Loans Arena) the following weekend.” This marks the second consecutive week Church has led the LIVE75.

On both charts, Church sits ahead of blockbuster tours by artists including Billy Joel, Fleetwood Mac, Elton John, Justin Timberlake, Metallica, Michael Bublé, Bob Seger, Cher and KISS, among others – all of which boast higher average ticket prices than the Double Down Tour. Church also stands as the only Country artist in the Top 15 of the Global Concert Pulse chart.

The loyal ticket-buying Church Choir fans aren’t the only ones loving the Double Down Tour concept boasting back-to-back nights in each city sans-opening act; critics have also praised Church at each stop for the success of unique approach. With newly-added fall dates, the booming success of the tour is poised to continue through the rest of the year.

“…playing three-hour sets with no opener and changing up his setlist from night to night…he’s raising the bar even further” -- Rolling Stone
“Not only is he one of the most electric artists in all of music, but one worthy of a title such as ‘Entertainer of the Year.’” -- People

“one of country's most bankable stars… Church roamed the stage with his guitar slung across his back like some kind of country music warrior seeking someone to slay with his songs.” -- Omaha World-Herald

“Churchtook the stage like a poker player who just filled an inside straight: oozing confidence.” -- St. Louis Dispatch

“… the two-set, three-plus-hour show at TD Garden proved that this was a smart move, showing off the depth of Church’s catalog and the breadth of his band’s ability while also letting devotees appreciate the deeper cuts.” -- The Boston Globe

“… unusual tour that seems to be bringing out the best in him.” -- Twin Cities Pioneer

“Sweating, shouting, dancing and smiling until each fan leaves the room exhausted just from following his lead…It’s a show where paying tribute to Merle Haggard in the first set and Queen in the second set feels natural.” -- Forbes

“Church has the stage presence of many huge country arena acts… but the attitude and demeanor of an ’80s rock star. As for his status on the country music spectrum, Church sits rightly on his own.” -- CincyMusic

About Eric Church
The three-time Country Music Association and six-time Academy of Country Music Award winner released his highly-anticipated album Desperate Man atop the Billboard Country Albums chart on October 5. The album also debuted at No. 5 on the all-genre Billboard 200. Rolling Stone describes the album as “classic Church: expertly crafted and country-radio-friendly, while also pushing boundaries in a way that sounds natural and unforced” and American Songwriter notes that it “sublimates the pain of a tumultuous year into his most adventuresome album yet.” Church has returned to the road for his 2019 Double Down Tour visiting 30 markets, primarily focused on back-to-back nights with two unique shows sans-opening act to give fans 6+ hours of his iconic music in each city. The tour also includes a massive stop at Nissan Stadium in Nashville where Church will more than double the attendance record set at Bridgestone Arena in 2017.