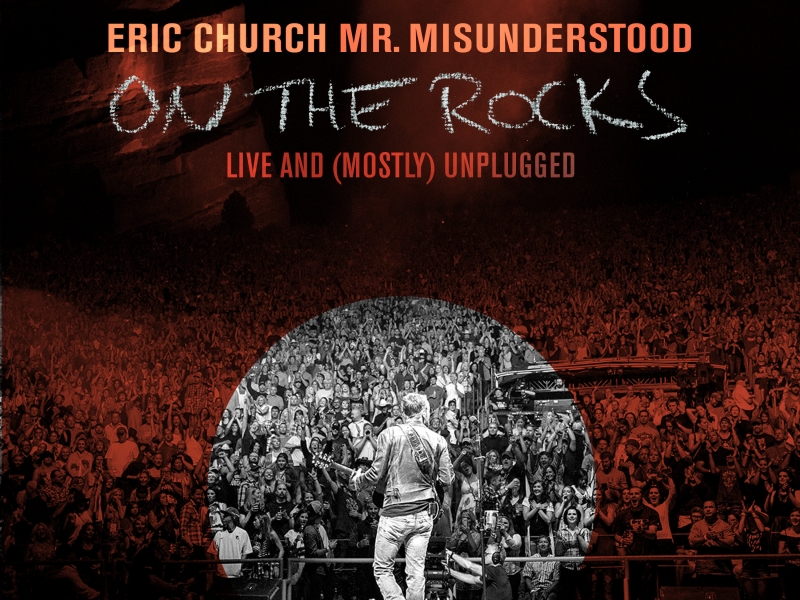 NASHVILLE, Tenn. — Eric Church is deep in planning and rehearsals for his Holdin’ My Own Tour that kicks-off in January, however until fans get their fix in-person, Eric Church is answering their demand with a new release, Mr. Misunderstood On the Rocks Live & (Mostly) Unplugged.The collection features seven songs, six from Mr. Misunderstood,recorded at the Red Rocks Amphitheater is Morrison, Colo. Church commemorates the surprise release of Mr. Misunderstood on its one-year anniversary— when he dropped it unannounced during the 49th CMA Awards after sending over 80,000 copies directly to his fans— with the release of the live album that features incredible raw versions of songs that insist “music is fuel for love, for anguish and, naturally, for other music” (New York Times).

True to his fans-first approach, Church invited those at home to partake in his two-night concert as he broadcast not only part of his show, but also his announcement of his 60+ city 2017 Holdin’ My Own Tour from Facebook Live. Mr. Misunderstood On the Rocks Live, Church’s first live album since 2013’s Caught in the Act: Live, captures this special collection of performances including a Red Rocks Medley of “Mistress Named Music” and a cover of Leonard Cohen’s “Hallelujah,” in whichRolling Stone said Church “delivered his soul-bearing rendition in tender, fragile style, quietly picking a hollow-bodied electric guitar and singing softly, as if he were alone in a giant natural cathedral.”

The release of the Red Rocks album where Church’s “songs posit music as a magical sun shower to bathe in blissfully,” [New York Times] comes as the seven-time GRAMMY nominee celebrates his second single offMr. Misunderstood, “Record Year” hitting the top of the charts. Fans can enjoy the live recording of the three-time CMA Awards and five-time ACM Awards Winner’s recently-released, pertinent current single, “Kill a Word” that “unpacks a mighty image” [AXS] on On the Rocks Liveavailable at Walmart retailers country-wide Nov. 4.

Order the Mr. Misunderstood On the Rocks Live & Mostly Unpluggedhere.

Church will set out on his two-set, three-hour-show Holdin’ My Own TourSans-opener Jan. 13, 2017 in Lincoln, Neb. and will wrap in May with a two-night stint in Nashville, Tenn.