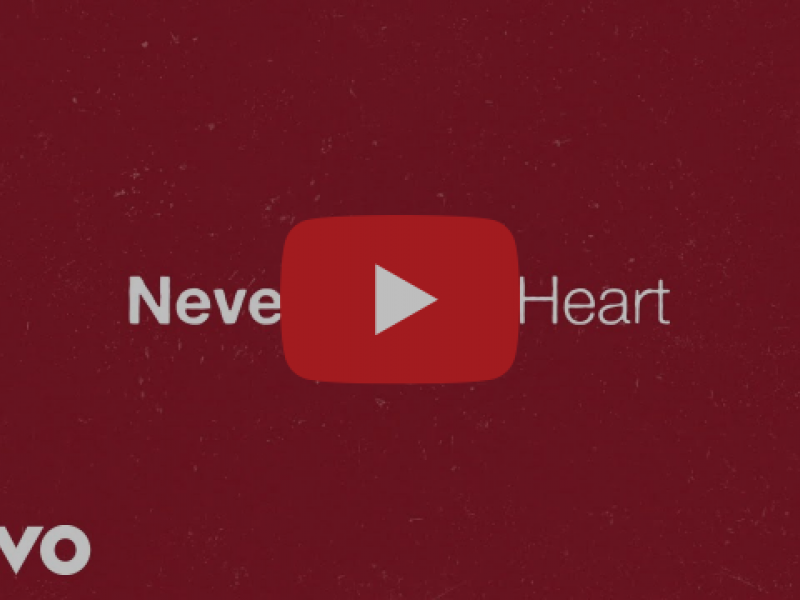 NASHVILLE, Tenn. — For 10-time GRAMMY nominee and reigning CMA Entertainer of the Year Eric Church, the month-long session during which he wrote and recorded a song from start to finish each day was meant to push the limits of creativity and the resulting project, his highly anticipated triple album Heart & Soul set for release this April, proved the unconventional method a success.

What the songwriters and musicians sequestered in rural North Carolina during the early months of 2020 didn’t know, however, was just how drastically the world was about to change. And yet, several songs on the project offer an almost prescient message of resilience and hope that fans are eager to hear amidst the ongoing pandemic. With “Never Break Heart,” out today, February 26, Church delivers that encouragement earnestly:

Church first shared the song nearly a year ago, just two months removed from its creation, when he performed a stripped back version celebrated by Billboard as a “dazzling performance” and by Stereogum as “gracefully growly” on the “ACM Presents: A Salute to Our Country” television special.

“The hardest thing about this for me as a dad, as a husband, as a business leader, as a citizen, has been the unknown. I believe we fear the unknown,” Church shared that evening. “Here’s what I know: I have hope and you should have hope, because since the beginning of time, people have gathered… and we will gather again. The important thing to remember is to not fear, to be brave, and to endure. That’s what this song is about.”

Now, a full year into the pandemic, Church has been recognized for continuing to push creative boundaries and for persistently releasing new music through this unprecedented time, earning nods in the Entertainer of the Year and Male Vocalist of the Year categories at the upcoming ACM Awards, as announced this morning. Church also received a third nomination, in the Music Event of the Year category, for his chart-topping “Does To Me” performance with Luke Combs. He is also a nominee at the upcoming GRAMMY Awards, earning a nod for Best Country Solo Performance with “Stick That In Your Country Song.”

“Never Break Heart” is featured on the Heart album, set for release Friday, April 16. In keeping with his longtime commitment to put fans first, Church created the middle album, &, specifically for the Church Choir and will make it available exclusively to those fans and only as a vinyl record on Tuesday, April 20. Rounding out the trilogy is Soul, available everywhere on Friday, April 23.

About Eric Church
Reigning CMA Entertainer of the Year and current GRAMMY nominee Eric Church has spent the past year releasing new music at a relentless pace; providing a glimpse into the results of a marathon session during which he spent nearly a month writing and recording a song per day – including current single “Hell of a View” – while sequestered in a rural North Carolina cabin, and fueling speculation of his highly anticipated new three-part project, Heart & Soul, set for release this April.

Just as unique as Church’s approach to recording and releasing music is his tenacity on the road. During his most recent outing, 2019’s Double Down Tour, Church played back-to-back nights of two unique shows in each market sans opening act, giving every city’s fans six-plus hours of his iconic music. The tour also featured a massive stop at Nissan Stadium in Nashville, where he broke the venue’s concert attendance record with more than 56,000 fans in attendance and became the first artist to sell out the venue with a solo lineup. Church also recently took to the field at Tampa Bay’s Raymond James Stadium to perform the National Anthem with R&B star Jazmine Sullivan ahead of Super Bowl LV.