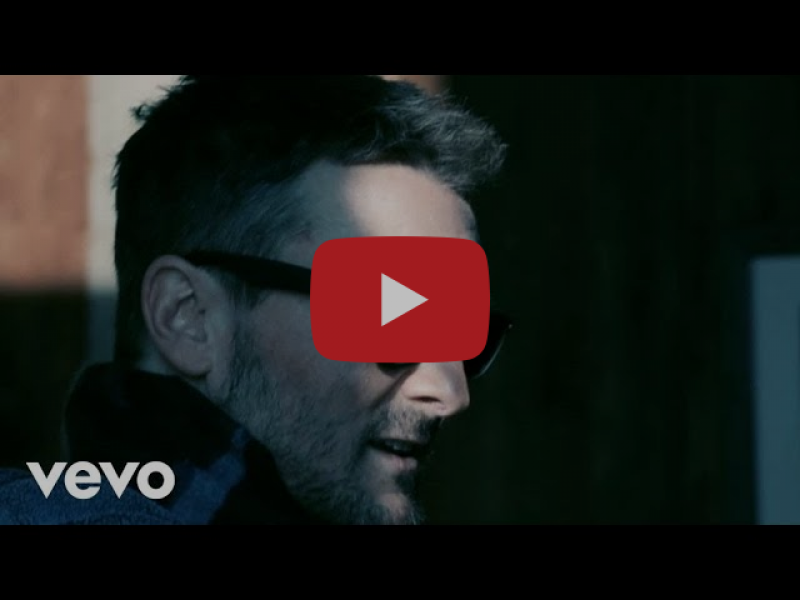 10th Career No. 1 & 16th Top 10 for the North Carolinian, Covering a Lot of Life on “Favorite Project of My Career”

NASHVILLE, Tenn. – Nearly a decade after first topping the charts at Country radio, multi-Platinum superstar Eric Church has earned his 10th career No. 1 with “Hell Of A View,” the endearing ode to rebellious love featured on his critically acclaimed new triple album Heart & Soul.

The hit song – celebrated by Entertainment Weekly as reigning among Church’s “most liberating and freewheeling work” and by Rolling Stone as a “kaleidoscopic jangle” that “further refines the melodic, mid-tempo storytelling Church excels at,” – sees him join forces with powerhouse vocal partner Joanna Cotten for what Billboard describes as “blazing their own path more reliant on adventure than safe choices.”

“This ain’t for everybody / Toes hanging off the ledge / Like we got nothin’ to lose / Ain’t always heaven, baby / This livin’ on the edge / You holdin’ me holdin’ you / It’s a hell of a view,” Church croons in the tender mid-tempo track written together with Casey Beathard and Monty Criswell.

This latest No. 1 hit for the man praised by The Wall Street Journal as “knowledgeable and respectful of Country’s history, but not shackled by it” comes nearly a decade after he first topped the charts. Despite earning 10 No. 1 hits in nearly as many years, he has never shied away from the unconventional – yet with unabashed honesty and a Church Choir as loyal to him as he is to them, the Chief has still found radio success while writing his own rule book.

Earning his first chart-topper via 2012’s Chief, Church broke through with rowdy blue-collar anthem “Drink In My Hand” and quickly followed with his 5x Platinum smash hit, “Springsteen.” Never one to rest on his laurels, he cranked his guitar amp to the breaking point on The Outsiders, defiantly weaving hard rock, prog, and even heavy metal into his Southern sound to yield chart-topping success once again with nostalgic anthems “Give Me Back My Hometown” and “Talladega.” One year later, he released Mr. Misunderstood with no advance notice, returning to the No. 1 spot with “Record Year” and with follow-up album Desperate Man, yielding “Some Of It,” Church re-defined the way touring in support of a Country album looks.

Now, with his most-recent No. 1 born from his most aggressive recording process yet, Church is already dreaming up ways to push the limit further.

“This is my favorite project of my career,” Church shared with Billboard of the triple album, which features “Hell Of A View” on its final chapter, Soul. “I really appreciate radio’s support to bring attention to it. I can’t wait to see where we go next!”

First on that journey will be a chance for fans to see these songs and more live, as the reigning CMA Entertainer of the Year returns to the road with a vengeance on his 55-city The Gather Again Tour where he will perform in-the-round sets for the first time in his career, touring full-capacity arenas through the U.S. and Canada. Tickets are on sale now and a full list of dates is available HERE.

About Eric Church
Reigning CMA Entertainer of the Year and 10-time GRAMMY nominee Eric Church has spent the past year-plus releasing new music at a relentless pace; providing a glimpse into the marathon session during which he spent nearly a month writing and recording a song per day – including his latest chart-topping single “Hell of a View” – while sequestered in rural North Carolina. The resulting project, his critically acclaimed new triple album, Heart & Soul, is available now.

A seven-time ACM Award winner, four-time CMA Award winner, and 10-time GRAMMY nominee, Church has amassed a passionate fanbase around the globe known as the Church Choir as well as a critically acclaimed catalog of music. His previous album, Desperate Man (“Some Of It”), earned a GRAMMY nomination for Best Country Album (his third nod in the category). Additional releases include the Platinum-certified Sinners Like Me (“How ‘Bout You,” “Guys Like Me”), Carolina (“Smoke a Little Smoke,” “Love Your Love the Most”) and Mr. Misunderstood (“Record Year,” “Round Here Buzz”), the Double-Platinum certified The Outsiders (“Like a Wrecking Ball,” “Talladega”) and the 3x Platinum-certified Chief (“Springsteen,” “Drink In My Hand”), as well as 22 Gold, Platinum and multi-Platinum certified singles.