ERIC CHURCH DOESN’T BACK DOWN ON HOLDIN’ MY OWN TOUR 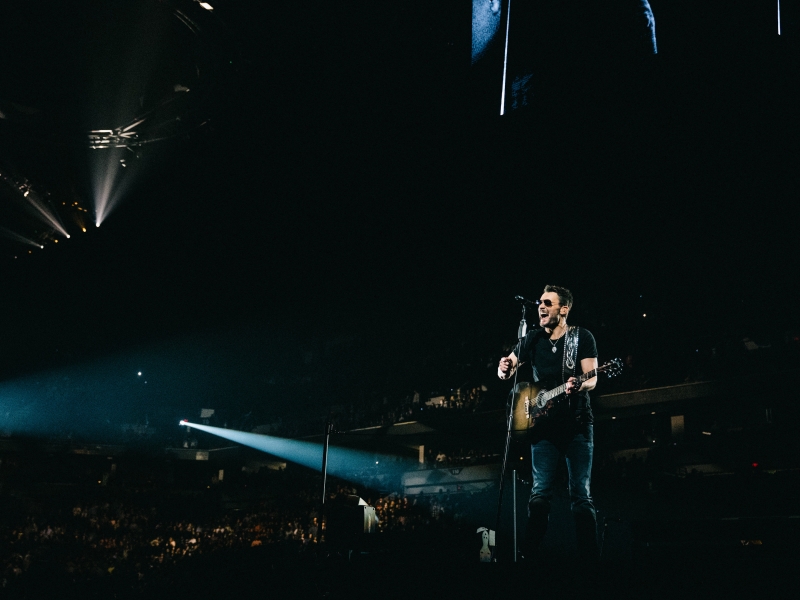 Nashville, Tenn. – After witnessing the three-hour, two-set marathon show at Brooklyn’s Barclays Center merely weeks ago, Rolling Stone professed, “Eric Church sets the bar.” The exchange in energy with the audience and passion that fuels the man behind the CMA’s Album of the Year is an earned one after years of putting his fans first. Whether it is the dozens in attendance at his first performance in Bethel, New York or the 15,842 in attendance for last month’s breezy night in Brooklyn, it is that unrivaled dedication to surpassing their expectations that is driving another mission: ensuring fans’ hard-earned money is spent fairly on face-value tickets at each and every stop on his 60-plus city Holdin’ My Own Tour.

As originally reported on yesterday (Feb. 20) by The Associated Press, throughout the Holdin’ My Own Tour, Eric and his team have systematically cancelled and released tickets back to the public that they identified as scalper tickets. Already on the tour, Eric’s management team used a proprietary program to release thousands of tickets back to the public and fans in markets like Brooklyn, Philadelphia, Toronto, Vancouver and Boston. On Feb. 21 at noon local time, cancelled tickets for remaining markets will be released to the public via the venues' official ticketing websites. In addition, tickets for Canadian dates were released Thursday, Feb. 9, and tickets for the Tacoma, Portland and Cincinnati shows will be released Monday, Feb. 27 at noon local time.

“It’s not easy. It’s time consuming and labor intensive to comb through nearly 1 million tickets,” says Fielding Logan, one of Church’s managers at Q Prime South. “Yet, Eric is leading the charge, and our team is combatting these vultures, one cancellation at a time. Battling scalper efforts isn’t just identifying those individuals looming on street corners soliciting or hawking tickets anymore. It’s halting digital multi-million dollar enterprises that are sophisticated and aimed at taking advantage of the fan for profit.”

The efforts are resulting in an impassioned crowd, enthralled by the experience of seeing Church live for an unprecedented 38-song show. Tulsa World’s Jerry Wofford noted after witnessing the Holdin’ My Own Tour rock an at-capacity crowd at BOK Center, “What was remarkable to see was how Church made an arena feel tiny for a night. He built a genuine connection to the audience song after song.”

The Kansas City Star’s Timothy Finn raved, “[Church] knows how to stoke a crowd and keep it on the verge of frenzy… a man who has fashioned and earned his own reputation as a top-rate performer who can fill and rock an arena for more than three hours.”

When Church surprise-released 2015’s Mr. Misunderstood, he did so by direct mailing more than 80,000 fans the music first. After taking 2016 off, outside of a few festival appearances, the demand for Church’s tour was palpable with scalpers recognizing the opportunity to take advantage of his fans. In return, Church cautions: “You come at us, we’re going to go after you in return. You come after our fans? Well, let’s just say we see you, we know how you are, and we’re coming for you with 10x the vengeance.”

Remaining 2017 Holdin’ My Own Tour dates are as follows:

Visit www.ericchurch.com/events to purchase your tickets for the Holdin’ My Own Tour.