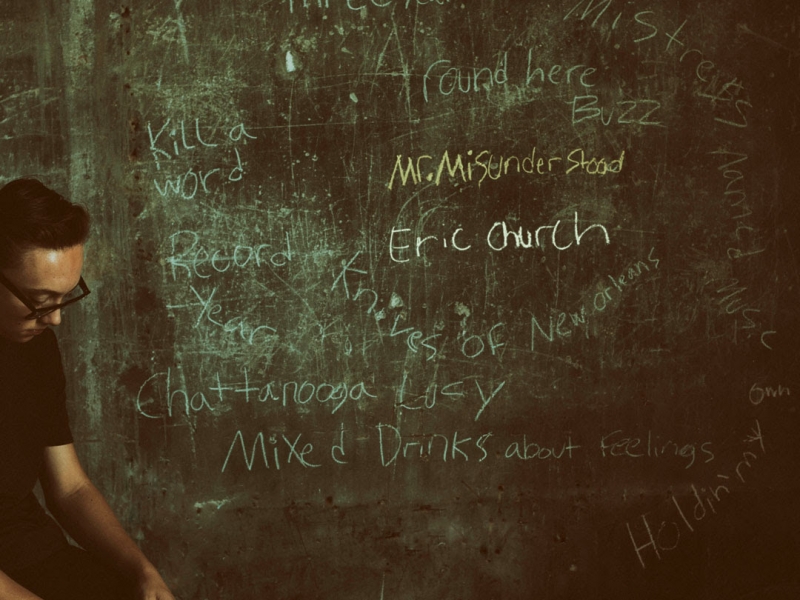 NASHVILLE, Tenn. (Aug. 1, 2016) – Eric Church’s second single offMr. Misunderstood hit No. 1 today just in time for fans to celebrate his seventh summit to the top of both MediaBase and Billboard charts when he kicks-off his first of two sold-out solo shows at Red Rocks on August 9. “Record Year” was co-written by Church and his guitarist/banjo player,Jeff Hyde (who also penned “Cold One” (with Luke Hutton), “Springsteen” (with Ryan Tyndell), and “Smoke A Little Smoke” (with Driver Williams) all alongside the man the Los Angeles Times called “Nashville's foremost rabble-rouser”), and outlines a story of a heartbroken music-lover finding consolation in the records of some of music’s greatest masterminds.

Church drove home the homage-paying theme of “Record Year” when he performed it at the 2016 ACM Awards in April, which was interfolded with clips of David Bowie, Glenn Frey, Lemmy and Scott Weiland, before releasing the music video for the ode later that month, featuring a 3D audio waveform Church and video producer/longtime manager, John Peets, built by hand with vinyl. The No. 1 follows his Top 15 title track off of Mr. Misunderstood, the album New York Times says offers “shades of the Allman Brothers and the scraped-up Southern rock that has always been essential to Church’s country antagonism here, but also bluesy country gospel.”

Since its release in February, the hit has caught the attention of critics;Los Angeles Times calls the single a, “deeply felt heartbreak song,”Rolling Stone dubbed it “the most moving moment” on the album, whileStereogum called it a, “pun-happy lament” that “does quiet to loud in an efficient gears-changing way that screams professionalism rather than catharsis.”

Whether it’s the direct mentions and subtle allusions to his variety of musical muses such as George Jones, Stevie Wonder, James Brown, Waylon Jennings, Willie Nelson and more, or the undeniable responsibility anyone freshly jaded out of a relationship puts on their favorite artists to cope, Church “has always been excellent at balancing whiskey-charged toughness with open-hearted musical subtlety” (Rolling Stone).

Fan loyalty has always meant a lot to the seven-time GRAMMY nominee, ACM and CMA-award winning singer/songwriter, which was made obvious when he directly shipped copies of Mr. Misunderstood on vinyl to his Church Choir before making it available to the general public.

The two-time Country Music Association and four-time Academy of Country Music Award winner cemented his reputation as a maverick by releasing his 2015 album Mr. Misunderstood as a surprise, delivering it to fans before announcing its existence and putting it on sale.

The North Carolina native’s previous album, The Outsiders, debuted at No. 1 on both the Billboard Top 200 Albums Chart and Top Country Albums Chart with the highest debut and sales of any release in the format that year, making Church 2014’s top-selling country music artist. The album garnered GRAMMY, CMA and ACM Album of the Year nominations and featured his No. 1 hits “Give Me Back My Hometown” and “Talladega,” as well as multiple nominee “Like A Wrecking Ball.”The Outsiders was the follow-up to Church’s Platinum-certified CHIEF, named the 2012 Album of the Year by both CMA and ACM, and GRAMMY-nominated for Best Country Album. The LP featured five Top 20 singles: “Homeboy” (certified Platinum for sales in excess of one million); the Top 10 “Like Jesus Does” and the Top 5 “Creepin’” (both certified Gold for sales in excess of 500,000); and two No. 1 hits “Drink in My Hand” (certified Platinum) and “Springsteen” (certified Double Platinum for sales in excess of 2 million singles). Church’s 2006 debut album, Sinners Like Me, and his sophomore album, Carolina, (2009) are both RIAA Gold certified.