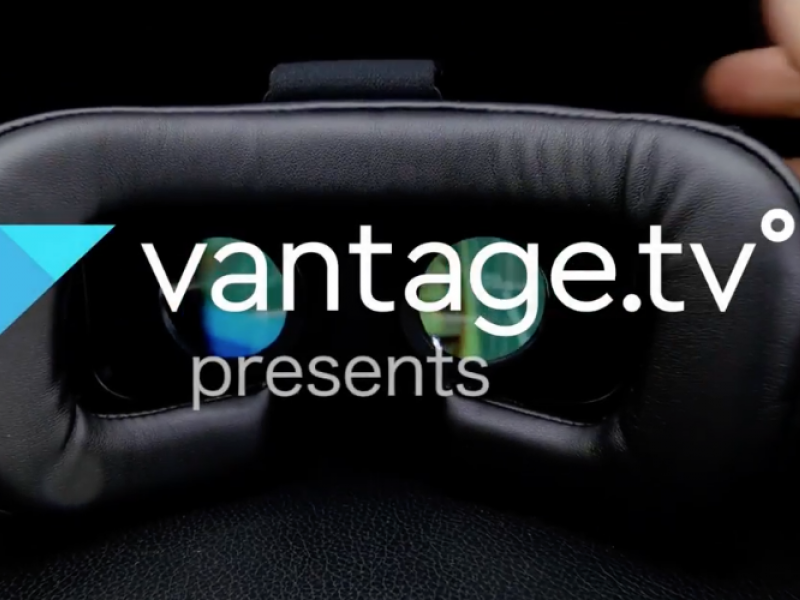 LOS ANGELES – Nashville’s “wild card” (Billboard) is taking his “expertly crafted show” (Rolling Stone) to a whole new level by offering fans a full-length concert experience via vantage.tv’s virtual reality experience. The concert, that features Church’s headlining performance from Stagecoach, offers 180 and 360-degree views from the audience and the stage itself using an eight-camera set up along with immersive audio allowing fans to feel as though they’re rocking with The Chief right there at the festival. This on-demand experience can be purchased by fans here and watched on their iPhone or Android phone via Google Cardboard, or Samsung Gear VR.

Fans will be immersed in the music as Church plays his biggest hits like 3x Platinum-certified “Springsteen” and Platinum-certified favorite, “Creepin,” as well as songs off his latest album Mr. Misunderstood including his recent No. 1 hit “Record Year” and “Knives of New Orleans.” With the experience, fans will even be part of a moment, true to Church’s rowdy show, where the crowd threw their boots on stage for Church during his performance of the famous, “These Boots.”

Virtual concert goers can choose how they experience the 13-song set by choosing either the multiple camera director’s cut, front row of the concert, or a full 360 view. All access to this virtual event will be $19.99 for a VR Ticket to view the concert and $34.99 for the VR Ticket +VR viewer bundle.

Check out the trailer for Eric’s virtual concert here.

About Eric Church
The three-time Country Music Association and five-time Academy of Country Music Award winner cemented his reputation as a maverick by releasing his 2015 album Mr. Misunderstood as a surprise, delivering it to fans before announcing its existence and putting it on sale. He is rising toward the peak of the country charts with “Record Year,” the second single, which Rolling Stone dubbed “the most moving moment” on the widely lauded album.

Church announced his 60+ city 2017 Holdin’ My Own Tour via Facebook Live at a two-night show at the Red Rocks Amphitheatre in Morrison, Colo. The tour, that kicks off in Lincoln, Neb. and ends with a two-night run in Nashville, Tenn., will feature two sets from Church sans openers.

The North Carolina native’s previous album, The Outsiders, debuted at No. 1 on both the Billboard Top 200 Albums Chart and Top Country Albums Chart with the highest debut and sales of any release in the format that year, making Church 2014’s top-selling country music artist. The album garnered GRAMMY, CMA and ACM Album of the Year nominations and featured his No. 1 hits “Give Me Back My Hometown” and “Talladega,” as well as multiple nominee “Like A Wrecking Ball.” The Outsiders was the follow-up to Church’s 3x Platinum-certified CHIEF, named the 2012 Album of the Year by both CMA and ACM, and GRAMMY-nominated for Best Country Album. The LP featured five Top 20 singles: “Homeboy” (certified Platinum for sales in excess of one million); the Top 10 “Like Jesus Does” and the Top 5 “Creepin’” (both certified Platinum); and two No. 1 hits “Drink in My Hand” (certified Platinum) and “Springsteen” (certified Double Platinum for sales in excess of 2 million singles).  Church's sophomore album, Carolina, (2009) is RIAA Platinum certified and his 2006 debut album, Sinners Like Me is RIAA Gold certified.

About vantage.tv
vantage.tv uses the latest in technology to deliver immersive virtual reality experiences, teleporting fans to premium live events around the world. Founded in 2014, vantage.tv partners with major music festivals, esports, and other groundbreaking live events, giving remote fans the opportunity to experience it for themselves. With the launch of Eric Church’s concert from Stagecoach, vantage.tv is the first company to release a full-length ticketed virtual reality concert. Based in Los Angeles, CA, vantage.tv’s mission is to make live events enjoyable at any time from any place through the power of virtual reality.