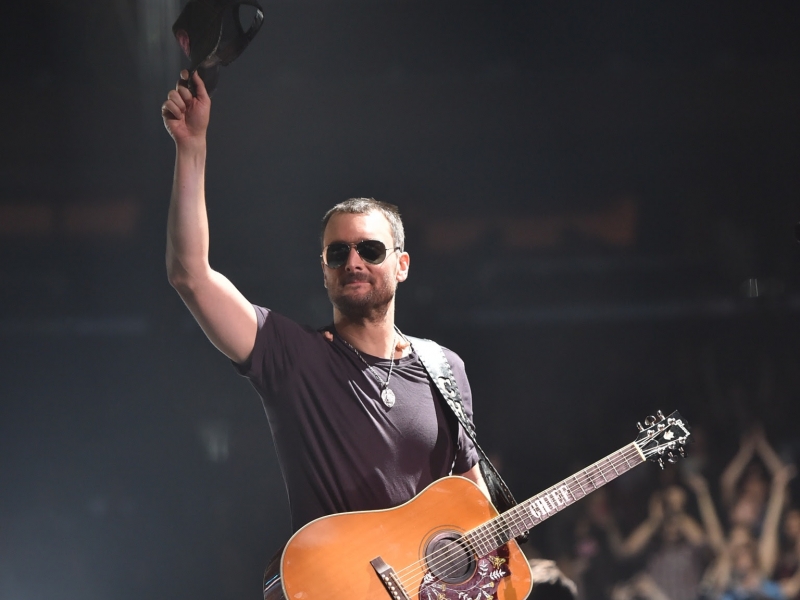 NASHVILLE, Tenn. – (March 1, 2016) – Eric Church has built a reputation for making every live show special with one-night-only set lists, unique arrangements, and stripped solo shows. Now “our greatest working rock star” (Stereogum) is pushing the envelope even further with a not to be missed two-night solo stand at Red Rocks Amphitheatre onTuesday, Aug. 9 and Wednesday, Aug. 10.

Fan club members will have the first chance to purchase tickets and travel packages during the fan club pre-sale, starting March 4, on ericchurch.com.  The one or two night travel packages include lodging at Denver’s Hotel Monaco, transportation to and from the venue, and tickets in the first 20 rows. This package and tickets will also be offered to the public beginning at 10 a.m. MT on March 11 by visitingwww.axs.com or by phone at (888) 929-7849.

The performances offer fans one of the few chances this year to see the Academy of Country Music Entertainer of the Year nominee. Church, who’s up for six awards at the April 3 CBS-broadcast award show, has mostly laid low since The Outsiders World Tour’s two-year run concluded and the surprise release of new album Mr. Misunderstood last November. He’s only scheduled a few shows so far in 2016, and with an album’s worth of new music to debut you can bet every single show will be special.

Church recently released “Record Year,” the second single from Mr. Misunderstood. The song, which namechecks Stevie Wonder's Songs In The Key of Life, Willie Nelson's Red Headed Stranger, John Lee Hooker's One Bourbon, One Scotch, One Beer among others from Church's stack of vinyl, was dubbed the “most moving moment” on the new album by Rolling Stone.

About Eric Church
The two-time Country Music Association and four-time Academy of Country Music Award winner cemented his reputation as a maverick by releasing his 2015 album Mr. Misunderstood as a surprise, delivering it to fans before announcing its existence and putting it on sale. The current single, “Record Year,” is the second following the Mr. Misunderstoodtitle track, and the album helped Church earn six ACM Award nominations for the April 3, 2016 show broadcast on CBS. The North Carolina native received a huge response from his fans, who made Church 2014’s top-selling country music artist with the year’s highest debut and sales of any release in the format as the critical and commercial success The Outsiders reached Platinum status. Debuting at No. 1 on both the Billboard Top 200 Albums Chart and Top Country Albums chart, The Outsiders garnered GRAMMY, CMA and ACM Album of the Year nominations and featured his No.1 hits “Give Me Back My Hometown” and “Talladega” as well as multiple nominee “Like A Wrecking Ball.” The Outsiders is the follow-up to Church’s Platinum-certified CHIEF, named the 2012 Album of the Year by both CMA and ACM, and GRAMMY-nominated for Best Country Album. The LP featured five Top 20 singles: “Homeboy” (certified Platinum for sales in excess of 1 million); the Top 10 “Like Jesus Does” and the Top 5 “Creepin’” (both certified Gold for sales in excess of 500,000); and two No. 1 hits “Drink in My Hand” (certified Platinum) and “Springsteen” (certified Double Platinum for sales in excess of 2 million singles). Church’s 2006 debut album, Sinners Like Me and his sophomore album Carolina (2009) are both RIAA Gold certified.