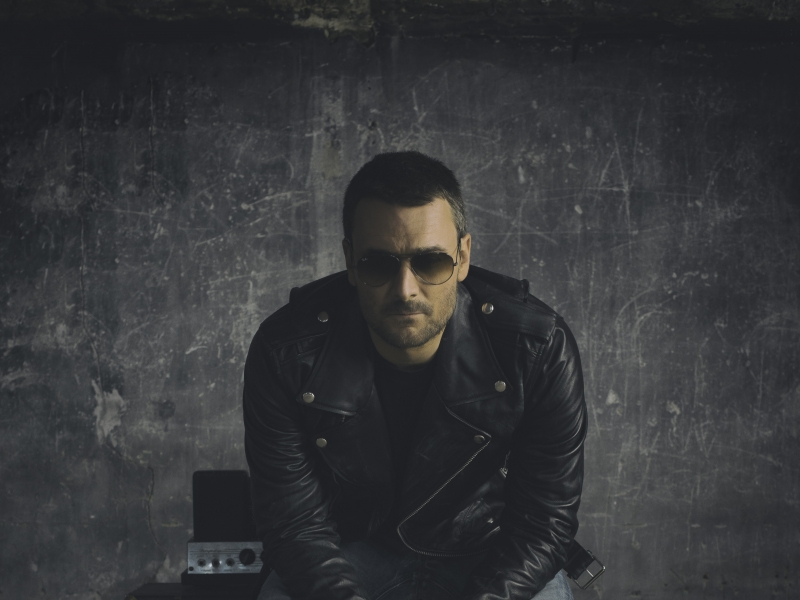 Church co-wrote "Record Year" with longtime banjo player and guitarist Jeff Hyde who has previously collaborated on hits such as the three-week No. 1 "Springsteen" (along with Ryan Tyndell) from the ACM and CMA Album of the Year Chief and the anthematic Top 20 "Smoke a Little Smoke" (written by Church and Hyde alongside other bandmate Driver Williams) from 2009's Carolina, a release that has since been pointed to as a pivotal shift in musical direction for "our greatest working rock star" (Stereogum).

With poignantly clever lyrics, "Record Year" is Church's ode to a lost love who instead of finding solace in another's arms, finds consolation in a three-foot stack of vinyl:

"Your leavin' left me goin' crazy, I'm countin' on a needle to save me / I drop it in the groove, And we go 'round and 'round, And down in a spiral / I guess I really oughta call and thank you, I rediscovered Red Headed Stranger / Got down with old James Brown, And found New Grass Revival / If you find your way back, I owe you a beer, For my record year"

"Record Year" follows the Top 15 title track, which shipped to radio unexpectedly in conjunction with the album's release last fall. Church recently discussed the reason behind Mr. Misunderstood's sudden issue to ESPN's Marty Smith: "Inspiration. And you can never pick when inspiration is going to strike," Church simply stated. "I hate when you're told 'here's where to make an album'--it doesn't work like that." Church had initially revealed in a letter to his fans that the inspiration for Mr. Misunderstood came from a guitar his son affectionately named "Butter Bean." Thirty days after picking up that guitar, over 80,000 fans received the unannounced album and a note directly from Church on November 4before it was made available everywhere for purchase later that week.

The New York Times calls Mr. Misunderstood “a love letter to his influences” noting "in his songs, music is fuel for love, for anguish and, naturally, for other music." The Guardian calls the 10-song collection "a gem and the best album of his career." And Rolling Stone Country raves "'Record Year' talks of three seminal J's – Jennings, Jones and James Brown – who all are crucial pillars in Mr. Misunderstood's songbook. But it's a more subtle reference to John Lee Hooker ("one bourbon, one scotch, one beer/I'm having a record year") that shows he's more than comfortable being stuck inside of Mobile with the Memphis — or Delta."