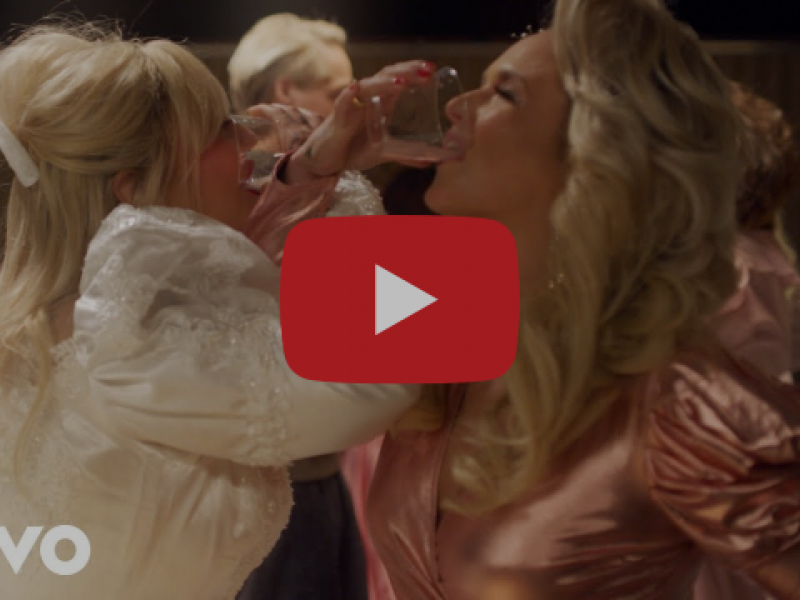 Nominated for a 2022 Billboard Music Award, the Track is the First Female Duet To Hit No. 1
on the Billboard Country Chart in 30 Years

“’Drunk’ is number 1! Elle is one of my favorite artists and one of my  favorite people to be around. I am proud to call her my friend and I’m so glad she asked me to do song this song with her,” shares an enthusiastic Lambert. “The fact that a duet by two women hasn’t been a No. 1 in Country music since 1993 is crazy to me. So that we got here today means even more because it’s bigger than us. Thanks Reba and Linda for paving the way. Elle King, I love you and your spirit. Thanks to everyone who played, streamed and sang along with us on ‘Drunk.’ Now let’s get drunk and not wanna go home!”

On Friday, the track, which has over 275 million streams worldwide, was named a finalist for Top Rock Song at the 2022 Billboard Music Awards. It was also nominated for a GRAMMY Award, CMA Award, two CMT Music Awards and was the recent recipient of the Video of the Year Award at the 57th ACM Awards. Additionally, the track hit No. 1 on both Billboard’s Rock Digital Sales Chart and Country Digital Sales Chart upon release.

With Lambert's current single “If I Was A Cowboy” continuing to climb the Top 20 at Country radio, the reigning ACM Entertainer of the Year is set to release her forthcoming eighth studio album Palomino, on April 29 via Vanner Records/RCA Records Nashville/Sony Music Nashville. It marks her first time serving as a producer (alongside Luke Dick and Jon Randall). Celebrated as “one of this century’s best artists… deeply unafraid to follow her own rules, co-write almost all her own songs, and (lyrically) burn down the occasional house or two” in Rolling Stone’s “The RS Interview,” on stands in the current April issue, Lambert will bring her signature style to Las Vegas this September for her “Velvet Rodeo” residency at Zappos Theater at Planet Hollywood Resort & Casino. Tickets are on sale now via Ticketmaster.com/MirandaVegas. She will also hit the road for The Bandwagon Tour with Little Big Town this spring.

Last month, King released her “stompin’ and righteous” (MusicRow) new track “Out Yonder,” which CMT deemed “the dash of spice the country music genre has been craving for quite some time.” She also wrapped her headline Drunk And I Don’t Wanna Go Home Tour at Fonda Theatre in Los Angeles. RIFF Magazine said, “Roots rocker Elle King transcended several genres at her performance…blending elements of country, soul, rock, pop and blues at the show.” King is gearing up for her opening stint on Chris Stapleton’s All American Roadshow tour, with dates in Canada kicking off next month. For tickets and additional details, visit ElleKing.com.