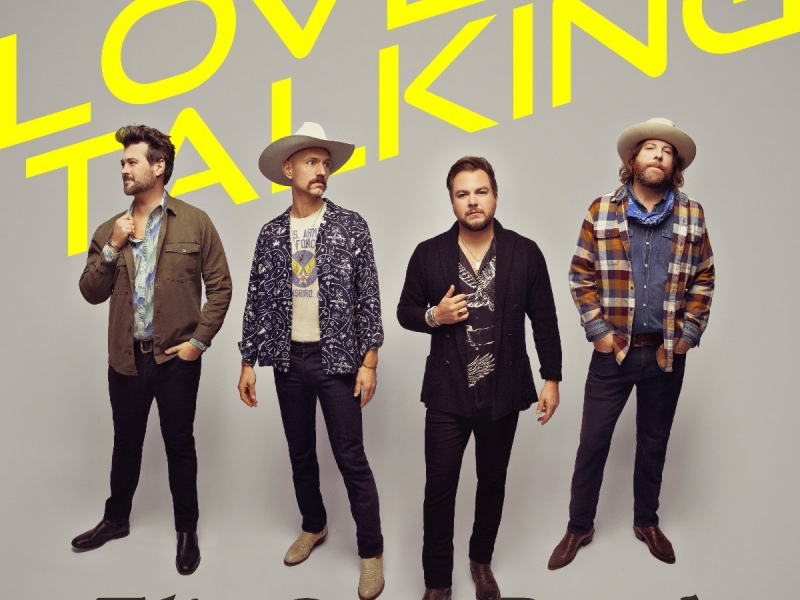 Title Track Continues to Impress at Country Radio, Across Streaming Platforms & With Fans on the Road“Break Up In A Bar” Joins “Lucky For Me” & Platinum-Certified No. 1 “Love Ain’t”

NASHVILLE, Tenn. – As current single “Love Talking” continues to impress program directors, playlist managers and fans alike, multi-Platinum hitmakers Eli Young Band reveal plans for a full-length album of the same name. Love Talking (The Valory Music Co.) is set for release Friday, June 3 and is available for pre-order HERE along with brand-new song “Break Up In A Bar.”

“We really wanted to find the positivity in what we got out of the last two years, so that was one of the main goals for this album,” notes lead singer Mike Eli. “There was a lot of unknown that was written into some of the music we created during that time, but we all lived it so deeply; we wanted to offer something uplifting with our music.”

“Break Up In A Bar,” a three-and-a-half-minute raucous response to saying goodbye to a relationship, offers that positive twist on a typically heavy topic while serving as one of the only outside cuts on the album, having been penned by Ashley Gorley, Ben Johnson and Hunter Phelps.

“Right away, you could just hear the melody in the song from the top and know, ‘okay, this is a special one.’ And the spin – it’s one of those songs lyrically you just wish you would have thought of,” reflects Eli, who crafted 7 of the 9 tracks. “We know that that’s always the first rule – if you hear something that you wish you would have thought of it’s worth that second listen. We just started playing it in our live show, and it’s funny to see the audience because they want to know it so bad… That’s a good sign.”

Overall, Eli found himself writing more than 150 songs in the time since the GRAMMY-nominated band released This Is Eli Young Band: Greatest Hits in 2019. On Love Talking, he joins forces with Nashville stalwarts Jimmy Robbins, Laura Veltz, Josh Osborne, Jon Nite and more. Also finding a home on the album is EYB’s Platinum-certified No. 1 hit “Love Ain’t,” whose songwriting credits include Ross Copperman, Ashley Gorley and Shane McAnally, plus preview track “Lucky For Me.”

American Songwriter praised its “silky smooth” delivery showcasing “the fruits of the band’s recent creative explosion.” All Access concurred, “In this two minute and 50 second smash, lead singer Mike Eli’s voice embraces listeners like a warm hug,” with MusicRow remarking that “the echo gives the sound some extra juice, and the band is as proficient as ever.” In addition, Billboard featured the single as a “Makin’ Tracks” standout and named the song among the best of the week upon its release, noting that “this ultra-romantic new release from the group swirls with an irresistible melody and propulsive rhythm.”

Fans will have a chance to see the new music performed live alongside their multi-decade catalog of acclaimed hits, as EYB returns to the road for their 52-city Love Talking Tour.

The trailblazing group has come a long way since their formation in 2000 at the University of North Texas, with the multi-Platinum hitmakers’ dynamic career thus far producing four chart-topping singles; 3x Platinum “Crazy Girl,” 2x Platinum “Even If It Breaks Your Heart” and Platinum “Love Ain’t” and “Drunk Last Night.”

For more information and tickets to all upcoming tour dates, visit www.eliyoungband.com and follow on social media @EliYoungBand.