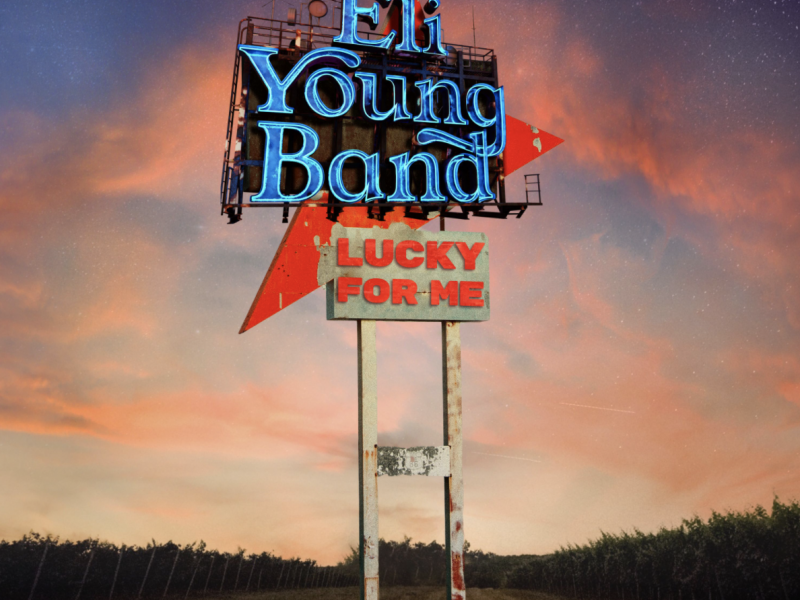 NASHVILLE, Tenn. – For multi-Platinum hitmakers Eli Young Band, the past year at home offered a chance to reset and recalibrate following two decades of success in the music industry. The Texas-based band has used the time for focused creativity, amassing a deep catalog of new songs. That renewed sense of excitement going into their next project is evident on a brand-new song available now via The Valory Music Co. Listen to “Lucky For Me” HERE.

Lead singer Mike Eli crafted the feel-good, singalong love song together with Laura Veltz and Jimmy Robbins, who also served as producer alongside Eric Arjes. The resulting track showcases EYB’s signature ability Rolling Stone has praised as “backed by force-of-nature passion” over a driving pulse of rapid-fire adoration for an incomparable woman:

I needed a softhearted, hardheaded, outspoken, wide open, high hopin’, holdin’ it down
Straight shootin’, sweet talkin’, hell raisin’, line walkin’ angel with feet on the ground
Strong but she’s kind, laughs when she’s lyin’, knows how to throw back a few
Only one in the world, way too good to be true
Lucky for me it’s you

“I wrote so many songs in 2020, which was obviously a scary and odd time for the band and the world,” shares Eli. “This song was written towards the beginning when we still had a good handle on optimism and hope. It’s one of the things I love about this song. It’s about finding that person you’re meant to weather the storm with!”

In the time since their college formation, the band celebrated by the Associated Press as offering “a smart, relevant antidote” to overdone clichés in Country music has amassed 14 Billboard charting singles, including four No. 1 hits via 3x Platinum “Crazy Girl,” 2x Platinum “Even If It Breaks Your Heart” and Platinum “Love Ain’t” and “Drunk Last Night,” while also earning an ACM Award for Song of the Year as well as multiple GRAMMY, CMA, CMT, ACA and Teen Choice Award nominations.

About Eli Young Band
The musical band of brothers – Mike Eli, James Young, Jon Jones and Chris Thompson – play their own instruments, write their own songs and cling fast to their Texas roots. The trailblazing group has come a long way since their formation in 2000 at the University of North Texas, with the multi-Platinum hitmakers’ dynamic career thus far producing four chart-topping singles; 3x Platinum “Crazy Girl,” 2x Platinum “Even If It Breaks Your Heart” and Platinum “Love Ain’t” and “Drunk Last Night.” “Crazy Girl” also landed as Billboard's No. 1 Country Song of the Year and won the ACM Award for Song of the Year, with EYB also earning multiple GRAMMY, CMA, CMT, ACA and Teen Choice Award nominations. They have performed on national television shows such as TODAY, Conan, Late Show with David Letterman, The Tonight Show with Jay Leno, Late Night with Jimmy Fallon, Jimmy Kimmel Live! and FOX & Friends. While selling out venues from coast-to-coast as strong headliners, EYB has also shared the stage with Kenny Chesney, Rascal Flatts, Tim McGraw, Jason Aldean, Toby Keith, Chris Young, Darius Rucker and Dave Matthews Band. “Lucky For Me,” available everywhere now, offers the first glimpse at a forthcoming project planned for 2022.