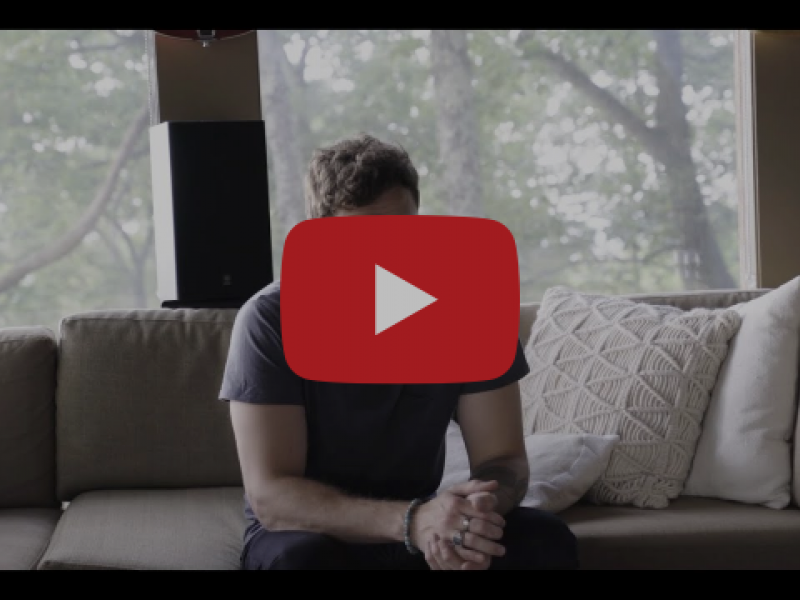 Nashville-based, pop-rock singer/songwriter Joel Crouse releases the new music video for powerful song “On My Way,” the lead track from his EP wasteLAnd,  available everywhere now. Watch the video for “On My Way” HERE.

Directed by Rob Norris and featuring friends and fans from around the world expressing thanks to loved ones who have been shown up for them, “On My Way” includes cameos from song co-writer and global superstar Ed Sheeran, three-time GRAMMY award-winner Darius Rucker and actress Lucy Hale.

“It’s not strictly about suicide, but that’s what we had in mind,” Crouse shared with Rolling Stone. “People hitting low points and letting those thoughts get the best of them. People get this weird perception that musicians, actors, athletes…they all have it together and life is perfect. But one thing everyone shares in common is we all get down.”

Co-written with Kyle Rife and Sheeran, who also supplies background vocals, the fan-favorite track has garnered over two million streams on Spotify to date, named by Rolling Stone as a “Song to Hear Now,” with Sounds Like Nashville declaring the song has “a pop-folk sound as welcoming as a warm hug.”

The song was written to bring awareness to mental health, a cause very personal and important to Crouse. “I had the privilege of writing this song with two great friends, and I don’t think any of us knew how powerful of an impact it would have,” he shares. “Since we released the song, I’ve been hit up in DMs with friends saying thank you as it destigmatized talk around mental health or helped them feel seen and heard, and that’s been pretty incredible.

“Most of us can relate to the crippling feelings that anxiety, depression and addiction can bring up,” Crouse continues. “But we often have a hard time asking for help, which shouldn’t be the case. Even in the moments of feeling completely alone, hopefully all of us have someone we can reach out to…Someone who always says ‘I’m on my way.’”

“This record, I’m more lyrically connected to than anything I’ve ever put out before,” Crouse shared with American Songwriter. “I’ve been holding on to these songs for a couple of years, and now that they’re finally coming out, I get to relive that experience of the songs through people hearing them for the first time. Lyrically, I wanted to be relatable, but also wanted it to be my story. It’s such a personal thing.”

Now 28, Crouse was 17 years old when he decided to make the move to Nashville to pursue music professionally. He started playing dive bars and ended up opening for the likes of Taylor Swift and Ed Sheeran on Swift’s RED Tour as well as four years on the road opening for Darius Rucker.

About Joel Crouse
Originally from Massachusetts, Joel Crouse draws from local musical icons like Aerosmith, Boston and James Taylor. By age 16 he had already formed two original bands playing songs he wrote. At 17 Crouse decided to make the move to Nashville to pursue music professionally. He started playing dive bars and ended up opening for the likes of Taylor Swift and Ed Sheeran on Swift’s RED Tour as well as four years on the road opening for Darius Rucker. A formidable songwriter with distinctive vocals, Crouse garnered his first cut last year with “Wildfire Love” on Hootie & the Blowfish’s Imperfect Circle, written with Sheeran and Rucker. Last month he lent those unique vocals to energetic dance pop track “Broke,” which he wrote for Hamburg-based DJ and producer Wave Wave. The singer/songwriter’s EP wasteLAnd is available now and includes fan favorite “On My Way,” written with Sheeran who also supplies background vocals on the track, as well as several unreleased songs including latest release, “Survivin.’”