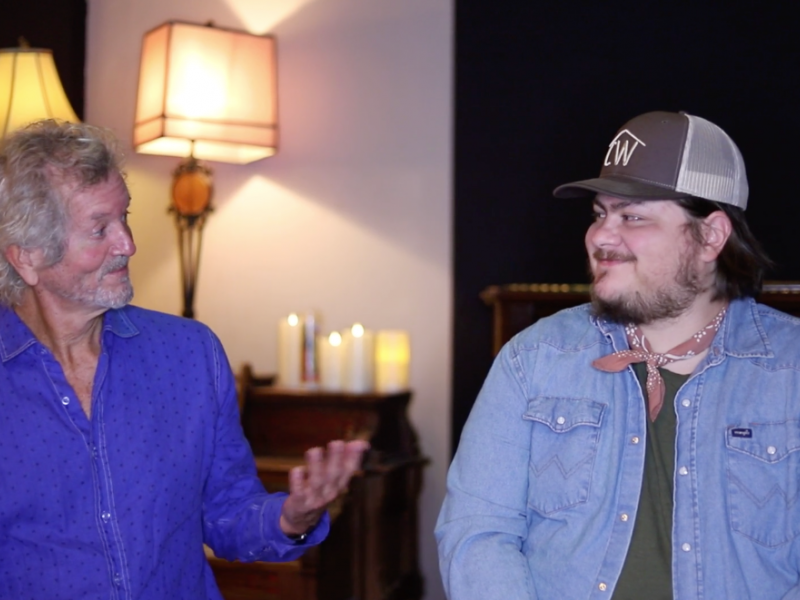 FORT WORTH, Texas – East Texas singer-songwriter Vincent Neil Emerson approaches his craft with a “rich, lived-in quality that belies his age” boasts Uncut, touching on the trials and tribulations of life by filling his songs with striking, stark stories coupled with a hint of hope and determination. His latest release “High On Gettin’ By” illustrates his talent and aptitude for capturing what it’s like to feel as though the world is crashing down around you while holding on to hope for the future keeps you going. Listen to “High On Gettin’ By” and pre-order Emerson’s self-titled album HERE.

“This was one of the first songs I wrote for this record, if not the first song. It’s one of those that just kind of came out very free flowing and naturally,” shares Emerson. “I wrote it at a time in my life where I felt like everything was falling apart. I didn’t know what to do, so I started writing. This song probably means the most to me out of all the songs on the album, because it’s a blessing to be where I am right now.

“And it was a blessing to be where I was before the pandemic hit, so when that happened, man, my whole world just crumbled,” Emerson continues. “So much uncertainty. And I think so many people can probably relate to that in so many different ways. My reaction was to write about it and let everything come out. I think songwriters are lucky in that way – we have an outlet. It’s very therapeutic and cathartic to get these things out.”

One of the most autobiographical songs that Emerson has ever written, “High On Gettin’ By” opened the floodgates emotionally, as he took to his “writing shed” at his home outside of Fort Worth.

“I think with any time you’re writing about really sad stuff it’s just human nature to want to find a resolve, find a resolution and find that light at the end of the tunnel, and try to find a way to push back and say like, ‘I’m not giving up,’” Emerson adds.

Emerson entered the studio with legendary Texas icon Rodney Crowell, who produced the self-titled project available via La Honda Records and Thirty Tigers on June 25, after hearing the demos produced from Emerson’s intense writing period at his home. Watch their conversation from Sound Emporium Studios in Nashville, Tenn. HERE.

“I got drawn into this project as a producer because I was immediately drawn to the poetry of the songs that Vincent writes,” shares Crowell. “To me, it’s in that Texas folk-singer tradition of Guy Clark, Townes Van Zandt, Ray Wylie Hubbard, myself and Steve Earle. When I heard Vincent’s songs, I said, ‘I get this. I understand it. I want to be a part of this.’ It’s really exciting to me that there’s another generation coming up with the sensibilities of really good, strong language and a respect for the tradition of poetic folk-singing and songwriting.”

Album opener “Texas Moon” is an ode about looking forward to returning home from the road, but always having the itch to get back on tour once you’re back, praised by MusicRow as “an enchanting bluegrassy blend of rippling acoustic guitars, fiddle and banjo…highly promising.”

“I originally wanted it to be a sad, fingerpicking, folk song,” shares Emerson. “And when we got in the studio, Rodney [Crowell] suggested we should pick up the tempo a little bit on it, and I think it turned out pretty good.”

Emerson’s first release from the upcoming project, “Learnin’ To Drown,” is a raw and devastating song he wrote to confront his feelings about his father’s suicide, with BroBible sharing the track on their “Tasty Tune Tuesday” and admiring “just a little bit of Western Swing flavor added to Texas Troubadour styling that nestles right into your sensibilities as an old soul, filling you with fuzzy feelings.”

Allowing himself to be open and reveal some of the most intimate details of his life was a scary yet freeing prospect for Emerson, which proved the Texas-native to be a relatable and authentic torchbearer of the Texas songwriter tradition, with “Learnin’ To Drown” earning placement on Spotify’s flagship Americana playlist, Indigo, Emerging Americana, Fresh Folk and Apple Music’s Best New Songs.