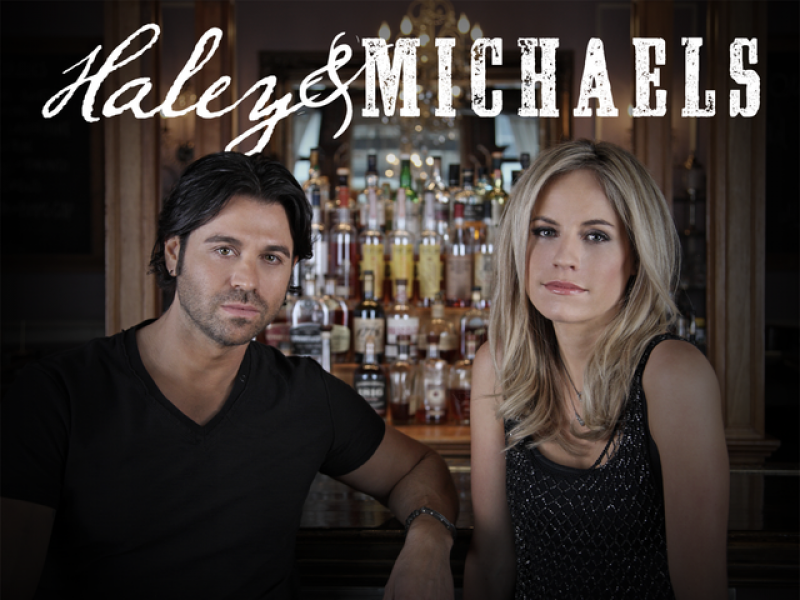 NASHVILLE, Tenn. (Friday, July 1) – Up-and-coming duo, Haley & Michaels, are kicking off the holiday weekend with their brand new single, “Drinking About You,” available on Spotify now and featured on Spotify's New Music Friday playlist. The moody track, written by the duo Shannon Haley and Ryan Michaels along with co-writers Jeff Cohen and Zach Abend, is the first song released from their soon-to-be-released EP, Taking Off.

“‘Drinking About You’ is our pretty honest interpretation of what happens when you start drinking and over-thinking,” reveal Haley & Michaels. “It’s about that kind of night where you’re trying to move on but you can only think of the one thing you’re trying to forget.”

The duo, who recently made The Huffington Post’s 2016 Artists To Watch list, has been writing and recording their new EP over the last few months, honing a sound that is uniquely identifiable, focusing on a conversation within a song.

“We didn’t want to play it safe and we took chances in the studio with this new music and we can’t wait to get it out there,” Haley & Michaels recently told Taste of Country.

The band’s upcoming EP will also include “Giving It All (To You),” a song the couple created as they were writing their wedding vows for their May 2015 nuptials. The song gained traction, thanks in large part to SiriusXM’s “The Highway,” upon its 2015 release. Last fall, Hoda Kotbdiscovered the duo's single "Giving It All (To You)" and featured it during the iHoda segment, where she suggested the track to viewers. A few weeks later, Kotb invited Haley & Michaels to make their national television debut onNBC’s Today. The duo was invited back for a second performance, where they performed their holiday tune, “The Very Merry Little Christmas Medley.”

About Haley & Michaels
Haley & Michaels grew up in Northern California just three miles apart, but didn't meet until their guitarist introduced them in Nashville several years ago. They had immediate chemistry and have been writing and recording together ever since; they were married in May 2015. The duo has experienced great success on SiriusXM's "The Highway" and has sold more than 150,000 units independently. For more information on Haley & Michaels, visit www.haleyandmichaels.com or follow them at @haleynmichaels on Twitter, Facebook.com/HaleyandMichaels.