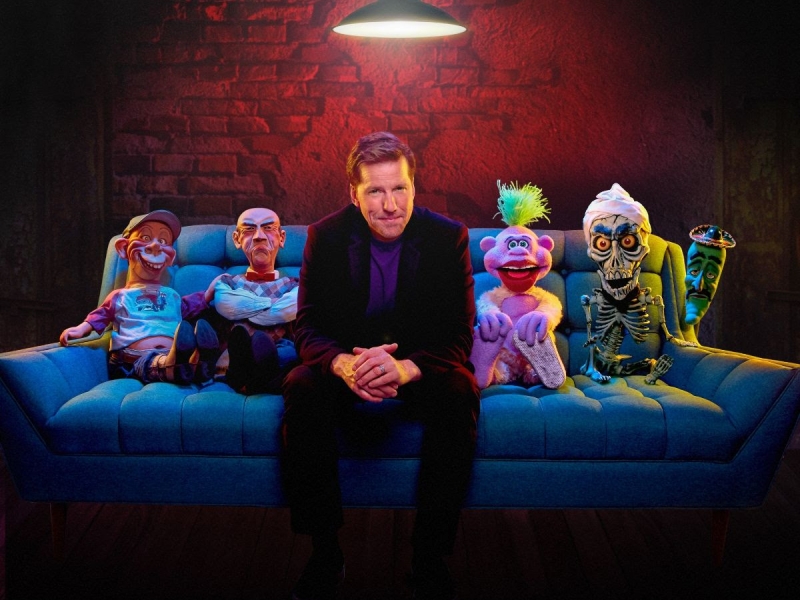 LOS ANGELES, Calif. – With sold-out global concert tours, ratings-shattering broadcast specials, a best-selling autobiography, a star on the Hollywood Walk of Fame, and a Guinness Book of World Records title set for good measure, ventriloquist Jeff Dunham is a comedy superstar and one of the world’s most inventive entertainers. Today, the man TIME calls “a dressed-down, more digestible version of Don Rickles with multiple personality disorder,” announces additional dates for his upcoming Jeff Dunham Seriously?! tour. The worldwide trek kicked off this month with stops across the U.K. and Europe and will be launching in the U.S. on June 10th in Lincoln, California. Recently added dates include stops in Akron, Ohio (July 12th), Redding, California (September 16th), Oakland, California (September 18th) and Fort Wayne, Indiana (September 22nd). Dunham’s summer tour will culminate with the taping of his next hour-long comedy special at the legendary Warner Theatre, in Washington D.C.

After graduating from Baylor University, Dunham moved to Los Angeles to base his global touring and never looked back, playing live to over 7,250,000 people with 1,390 performances from June 2007 through May 2022, earning the title of Billboard’s Top Comedy Tour for three consecutive years. In that decade and-a-half of arena touring, the only time Dunham took more than a two-week break occurred during 18 months of the pandemic, making him the only entertainer (comedian, musical artist or group, etc.) who has accomplished this.

Dunham has completed 9 international tours, with shows in more than 20 countries, including stops at arenas in Canada and all countries in the U.K., Switzerland, Holland, Belgium, Norway, Denmark Sweden and France, plus South Africa (where he is the highest-selling international comedian), Australia and New Zealand, Abu Dhabi, Israel, Malaysia and Singapore, as well as selling over 12,000 tickets in Amsterdam and performing in Iceland, where over 2% of the country’s population was in attendance.

The man Slate called “America’s favorite comedian” has ten record-breaking comedy specials to his credit, including holding three of the top five most-viewed programs on Comedy Central: “Minding the Monsters” (2012) and “Controlled Chaos” (2011), which were the network’s most viewed specials of their respective years, while 2008’s “Jeff Dunham’s Very Special Christmas Special” remains Comedy Central’s highest rated program of all time.

His NBC primetime special, “Unhinged in Hollywood,” ranked as the time period’s top non-sports program on the Big 4, rebroadcast six weeks later on Comedy Central to become its top rated special of 2016. The Bio Channel’s premiere of “Birth of a Dummy” in 2011, a two-hour special on Dunham’s life and career, was the most watched telecast in the network’s history, while the re-airing immediately following the premiere marked the network’s second most-watched telecast. As A&E relaunched the Biography series, Dunham’s special was one of three previous episodes from its decades-long run chosen to be remade in the new format, with “Talking Heads” premiering in 2019.

His 2019 Netflix special “Beside Himself,” still ranks in the top 5 most-watched among all Netflix Comedy Specials. Along with his broadcast achievements, his specials have garnered nearly 2.5 billion sales and views across all platforms.

His autobiography, All By My Selves: Walter, Peanut, Achmed and Me, landed Dunham on the New York Times’ Best Seller list three weeks in a row. The versatile entertainer created an animated film for CMT, hosted the Food Network’s Halloween Baking Championship, guested on ABC’s “Ellen,” NBC’s “30 Rock,” Disney’s “Sonny with a Chance,” FOX’s “Last Man Standing,” did commercials for Hertz, and appeared in Jay Roach’s film, Dinner for Schmucks, featuring Steve Carrell and Paul Rudd.

An avid car collector, Dunham is also a regular guest on “Jay Leno’s Garage,” with his extensive collection including the “Lost In Space” chariots from both the original TV series and current Netflix series; the Batmobile from 1992’s Batman Returns; and a replica from the same mold of the 1966 Batmobile from the original “Batman” TV series.

Dunham and his wife Audrey created the Jeff Dunham Family Fund, and through their organization, a portion of every of ticket sold is given to various charities and charitable organizations of all kinds.