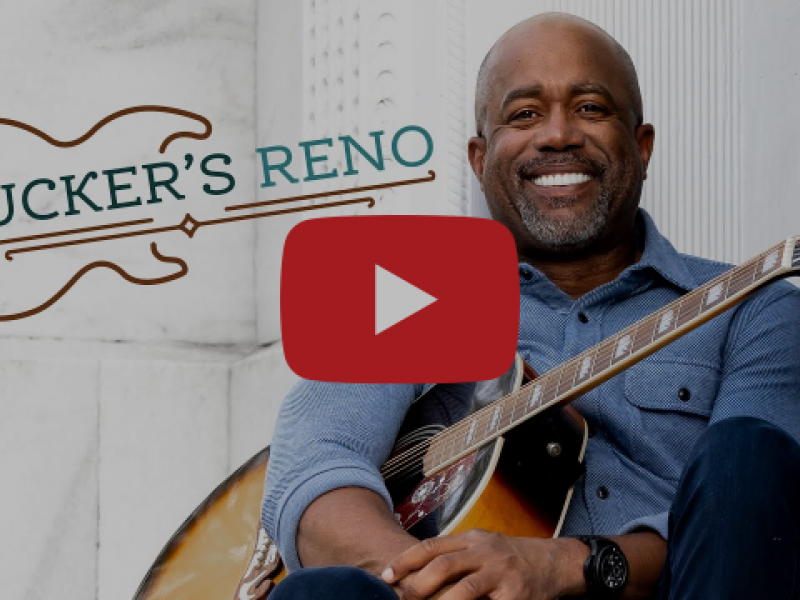 CHARLESTON, S.C. –  The Design Network has announced a brand new show featuring multi-Platinum music star, Darius Rucker. “Rucker’s Reno” follows the three-time GRAMMY winner as he revives a historic mansion in the heart of his Charleston, S.C. hometown, turning a vacant city landmark into a modern treasure for his family to enjoy.

“Rucker’s Reno” stares history in the face, exploring how the American South has evolved since the days of slavery, and has since offered a more equitable and inspiring narrative for locals – through the creative lens of home design. The entire new six-part series from The Design Network is available early to viewers now on Samsung TV Plus, Samsung’s free video streaming platform, before rolling out to other services on May 30.

With an eye for design and innate love of Charleston, Darius and his team tackle the restoration of this home one room at a time, while also stopping by some of the city’s finest establishments. Together with the series’ Title Sponsor, South Carolina Tourism, Rucker showcases the best parts of Charleston’s vibrant culture, meeting up with local chefs, entrepreneurs, fishermen and friends as he highlights some of the top attractions in the area, from generations of tea growers to the many outdoor activities this city by the sea has to offer.

“We are thrilled to have been entrusted to tell this story and work with Darius and his amazing design team,” said Jason Harris, founder and CEO of The Design Network. “It’s a big moment for our burgeoning network. It’s the perfect project, with the perfect person at the perfect time.’

“It’s always an honor when I get to showcase my hometown of Charleston to the world, and I’m thankful to The Design Network for such a great platform to do just that,” Darius Rucker said. “The team on this project was so talented and made it such a fun, creative process from start to finish. I can’t wait for everyone to see the transformation!”

“We know our viewers love all things design and culture, which makes Samsung TV Plus the perfect place for ‘Rucker’s Reno’ to arrive first,” said Takashi Nakano, senior director of content acquisitions and business development for Samsung TV Plus. “We are excited to partner with The Design Network and bring Darius’ inspirational story set in the beautiful city of Charleston to our viewers.”

Join Darius Rucker as he transforms his home from the inside out and becomes your private guide to Charleston, S.C. “Rucker’s Reno” premieres on all platforms Monday, May 30 at 8/7 p.m. CT on The Design Network, with an exclusive series run on Samsung TV Plus beginning today, May 16.

About The Design Network
The Design Network is a first-of-its-kind OTT network, created for the new Connected TV era, delivering a different and unique perspective on all areas of the home. From organization to entertaining, TDN series are produced with a new generation of homeowners in mind – focusing on style, how-to, and an education in design choices beyond just the before and after. TDN is streaming 24/7 for free on Samsung TV+, The Roku Channel, Amazon’s IMDbTV, Sling, Xumo, Vizio WatchFree+, Redbox, Rakuten TV and Plex. Stream anytime at TDN.TV

About Samsung Electronics Co., Ltd.
Samsung inspires the world and shapes the future with transformative ideas and technologies. The company is redefining the worlds of TVs, smartphones, wearable devices, tablets, digital appliances, network systems, and memory, system LSI, foundry and LED solutions. For the latest news, please visit the Samsung Newsroom at http://news.samsung.com.