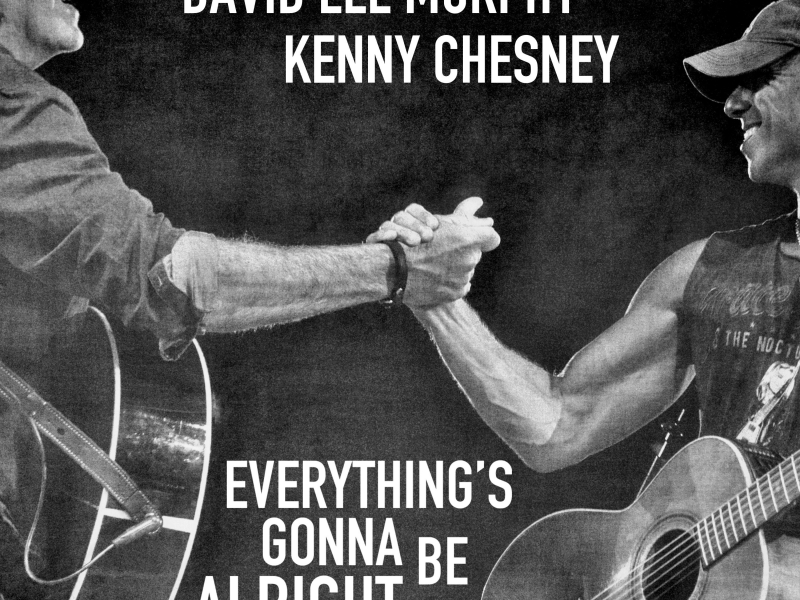 When David Lee Murphy decided to go into the studio with his pal Kenny Chesney, he thought it would be fun to cut some tracks and drill down on a sound he created that was long on roadhouse, big on fun and built on solid songwriting. A few tracks led to a few more, and the good friends – along with co-producer Buddy Cannon -- realized they had a really good album on their hands.

Today, people can get their first taste of No Zip Code, an album two years and a couple upgrades in the making. “Everything’s Gonna Be Alright” is a song for the times, stretched too thin, worried more than is healthy and ultimately realizing and embracing life’s inevitable leveling. With a shuffling groove, an attenuated pre-chorus and just enough reggae lift on the chorus, “Alright” may be a hymn for finding the balance to get through whatever is in front of you.

“You watch the news, and look around… it’s a tough world,” the man known for No. 1 “Dust on the Bottle” and popular song “Party Crowd” says of the song. “You know, you can lean into all of that, or you can step back and trust life. When you do that, it makes it easier to take a deep breath and roll with everything that’s going on around you.”

“I knew when I heard the song how good it was,” Chesney marvels. “And I knew David Lee had to cut it. I’m just lucky he let me sing on it.”

Chesney is – and always has been -- a big fan of Murphy. As he says, “David Lee is the original hillbilly rock star. He can dig in, drill down and turn a song inside out. Back when he was solely an artist, he understood what a guy like me was thinking, feeling and getting into… Now you put him on a mic, and he sings even better than he did back then. And the songs, like that wine ole Creole Williams makes in ‘Dust on the Bottle,’ have just gotten better and better. So genuine, so real, he’s just awesome.”

Murphy has written No. 1s for Kenny Chesney, Gary Allan, Blake Shelton, Jason Aldean and others. “Living in Fast Forward,” “The Only Way I Know,” “Are You Gonna Kiss Me Or Not,” “The More I Drink,” “Big Green Tractor,” “Anywhere With You,” “A Feelin’ Like That” and “Pirate Flag” have gone on to become the soundtrack of the last many years: all capturing the rush of being alive, the hardcore work ethic of country fans and desire that quickens the pulse.

“When I was growing up in my early ‘20s, I was listening to Waylon, Willie, Haggard and Jones,” Murphy says. “I was out on a back road, drinking beer, hearing those songs, knowing those guys lived that stuff. That’s kinda the way it is with this record: these songs aren’t about me, they areme.”

“With ‘Everything’s Gonna Be Alright,’ it’s like ‘Hold on. Everything’s gonna be okay.’ Kenny is an artist and producer who gives off that same kind of energy in his music. The fact that he came in and sang on this song really makes it something special to me.”

Enlisting Buddy Cannon, Chesney and Murphy co-produced No Zip Code. “Alright” arrives at radio today. With Chesney coming off a two-week No. 1 on “All the Pretty Girls,” as well as releasing his Live in No Shoes Nation which opens with the Southern Illinois-born songwriter’s “Flora-Bama” and features him on “Dust on the Bottle,” the synergy between the man The Los Angeles Times calls “The People’s Superstar” and Murphy has never been stronger. Just listen.