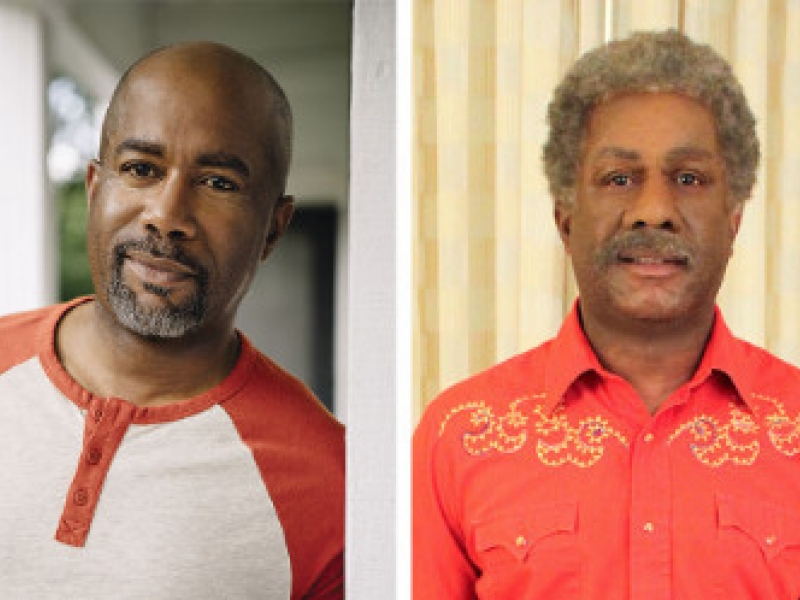 NASHVILLE, Tenn. – CBS’s hit franchise Undercover Boss is getting a twist this season in which big names will embark on undercover journeys as they search for undiscovered talent in their own field. Undercover Boss will kick off its first episode with country music singer/songwriter Darius Rucker.

Celebrity Undercover Boss: Darius Rucker, airing Friday, May 12 at 8 p.m. ET, follows the lead singer for Hootie & the Blowfish and CMA and GRAMMY Award-winning country superstar as he travels to Austin, Texas on an undercover journey to discover the next great musical acts. During his time undercover, Rucker runs an open mic night, works as a roadie, and strolls along Austin’s famous Sixth Street in search of standout street performers. State-of-the-art prosthetic makeup was used to disguise Rucker so he would not be recognized.

“I've been in the music business for a long time, and this is an experience I will never forget,” shares Rucker of the multiple days of going undercover for the taping. “Our industry is all about cultivating and sharing great music, so having the opportunity to go undercover and authentically participate in an artist’s early days was just incredible.”

Rucker’s latest heartfelt single, “If I Told You,” is currently in the Top 10 and climbing the country radio charts and is his tenth country record to crest the Top 10. “If I Told You” is the first offering from his forthcoming fifth album for Capitol Records Nashville.

About Darius Rucker
Rucker first attained multi-Platinum status in the music industry as the lead singer and rhythm guitarist of GRAMMY award-winning Hootie & the Blowfish. Since re-introducing himself to the world as a country artist, he has released four consecutive albums to top the Billboard Country albums chart and earned a whole new legion of fans. In 2014, Rucker won his third career GRAMMY award for Best Solo Country Performance for his 4x Platinum selling cover of Old Crow Medicine Show’s “Wagon Wheel,” off his album, True Believers. Rucker’s first two country albums, Learn To Live and Charleston, SC 1966 produced five No. 1 singles including “Come Back Song,” “This,” “Alright,” “It Won’t Be Like This For Long” and “Don’t Think I Don’t Think About It.” Southern Style, his fourth studio country album, features his latest No. 1 single “Homegrown Honey,” co-written by Rucker, label mate Charles Kelley of Lady Antebellum and Nathan Chapman. Rucker’s new single, “If I Told You” is on country radio now and is the first off his forthcoming fifth album for Capitol Nashville. For more information and tour dates visit www.dariusrucker.com.