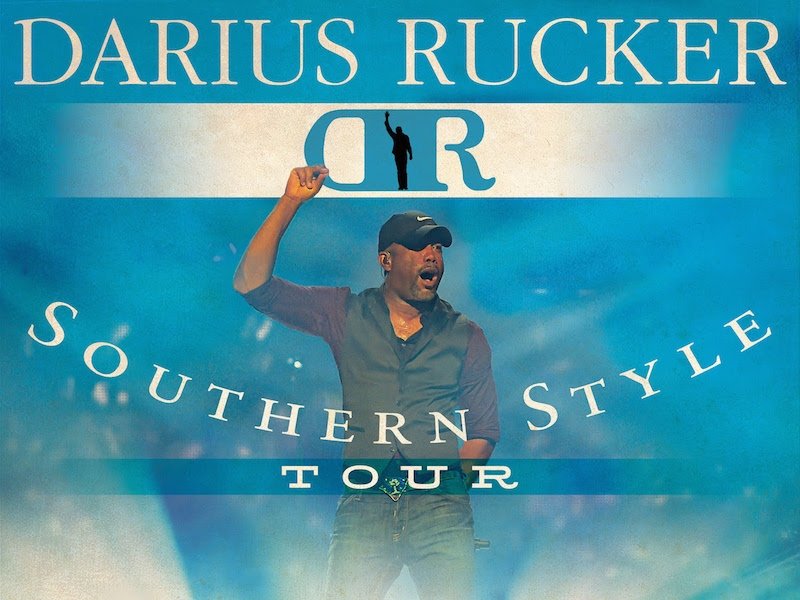 NASHVILLE, Tenn. – (Friday, July 17, 2015) – Darius Rucker’s Southern Style Tour has been such a success this summer, the singer has decided to extend it into the fall.

After an astounding 400,000 fans turned out for the first leg, Rucker will now stretch his laidback, hit-filled tour into November. Coming off last weekend’s huge sellouts in Gilford, N.H., Boston, Mass., and Jones Beach, N.Y., the summer run has 15 shows left and is on track to exceed 700,000 tickets sold. Show dates and ticket information for the fall run will be announced next week. Breakout band A Thousand Horses will continue its run with Rucker and David Nail will join the tour in October.

Fans have been picking up on that vibe - from A Thousand Horses’ special blend of Southern rock and country to kick off the night to Rucker’s all-around entertainer abilities. Brett Eldredge has added a dress-up gloss to the affair this summer, something Nail also is known for.

Critics have also responded warmly to the tour. "Rucker proved to be one to defy expectations, if not challenge conventions,” the Asbury Park Press said of the concert. And The Record noted Rucker’s “once-in-a-lifetime voice — burly and richly textured — as well as a vocal delivery that’s warm and ingratiating."

Rolling Stone recently called Rucker “the chillest dude in Nashville.” The magazine is exclusively debuting Rucker’s video for “Southern Style” for 24 hours this Friday, July 17. The video, directed by Peter Zavadil and produced by Jennifer Rothlein, features Rucker appearing around his hometown of Charleston, South Carolina. The performance scenes are intercut with dramatic footage of a young woman whose “daddy raised her Southern Style” travelling the world. “If you met her, man, believe me, you’d want her to stay a while,” Rucker sings as the woman eventually makes her way back home to Charleston.

“Southern Style” is the second single from the Capitol Records Nashville album of the same name, which was Rucker’s fourth No. 1 country LP. Lead single “Homegrown Honey” recently reached No. 1 as well, giving him seven chart-topping songs.

About Darius Rucker
Capitol Records Nashville recording artist Darius Rucker released his fourth No. 1 country album Southern Style on March 31, 2015, the same week lead single “Homegrown Honey” became his seventh No. 1 hit. Rucker’s first three albums - Learn To Live, Charleston, SC 1966 and True Believers - produced six No. 1 singles, including “Come Back Song,” “This,” “Alright,” “It Won’t Be Like This For Long” and “Don’t Think I Don’t Think About It.” His 2013 No. 1 “Wagon Wheel” won a GRAMMY Award, stayed atop the charts for two weeks and was nominated for Song of the Year at the Country Music Association and Academy of Country Music awards. In 2009, Rucker was named New Artist of the Year at the CMA Awards. He achieved a personal goal and childhood dream when he was inducted into the Grand Ole Opry on October 16, 2012.