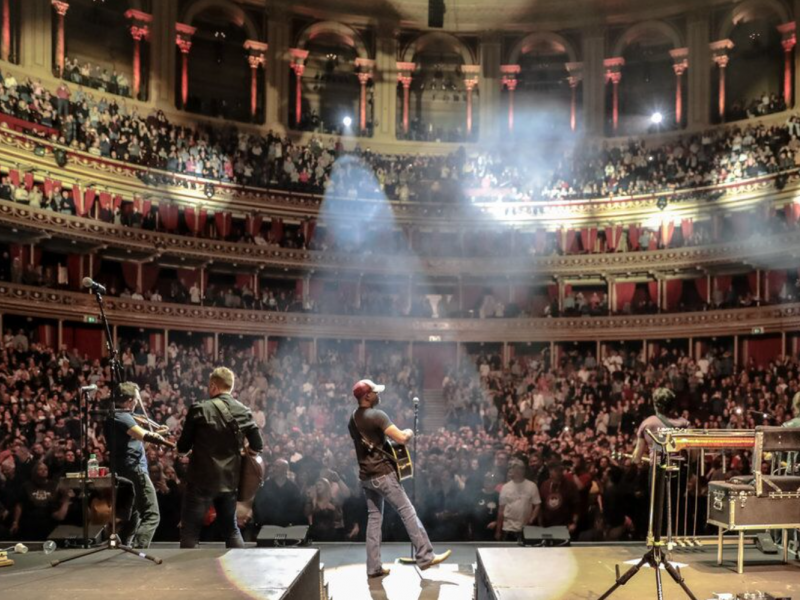 On the heels of the highly successful Summer Plays On Tour, GRAMMY-winning superstar Darius Rucker took his set overseas where he was met with rave reviews by industry and fans alike.

As Entertainment Focus remarked, “he showed just why he’s so beloved over here with his soulful yet rock-tinged vocals, excellent showman ship and a set that was pitched perfectly to the crowd.”

With country music continuing to establish a strong foothold in the United Kingdom, those loyal crowds sold out every show on Rucker’s six-date run, which included stops in Birmingham, Glasgow, Gateshead, Bristol and Manchester before a grand finale at the Royal Albert Hall in London.

“I had always wanted to go back to Europe for a tour, and to play the Royal Albert Hall was near the top of my bucket list,” explains Rucker. “I saw the Black Crowes there and four or five other shows when we were in town and had a day off and I was blown away by the venue. When the opportunity came about for us to go back and play it as part of this tour I said yes instantly.”

Rucker had most recently performed in London as part of the annual Country2Country Festival last year, but this string of concerts brought him to enthusiastic fans in more remote areas of the United Kingdom. As National Rock Review noted, “on the strength of [his] show, it’s fair to say that it may have taken 20 years for Darius Rucker to return to the North East of England but it was certainly worth the wait.”

“Darius Rucker is one of those artists that no matter how many times you see him live, he will never disappoint,” proclaimed U.K.-based Building Our Own Nashville. “Forget about Hugh Jackman, Darius Rucker is The Greatest Showman and what a show indeed!”

About Darius Rucker
Rucker first attained multi-Platinum status in the music industry as the lead singer and rhythm guitarist of GRAMMY award-winning Hootie & the Blowfish. Since releasing his first country album in 2008, he has celebrated four summits to the top of the Billboard Country albums chart and earned a whole new legion of fans. In 2014, Rucker won his third career GRAMMY award for Best Solo Country Performance for his 4x Platinum selling cover of Old Crow Medicine Show’s “Wagon Wheel.” Rucker’s latest album on Capitol Records Nashville, When Was The Last Time, features “If I Told You” and “For The First Time," his eighth and ninth No. 1s on country radio, as well as current single “Straight To Hell,” a re-imagining of the Drivin’ N Cryin’ classic featuring Jason Aldean, Luke Bryan and Charles Kelley of Lady Antebellum.