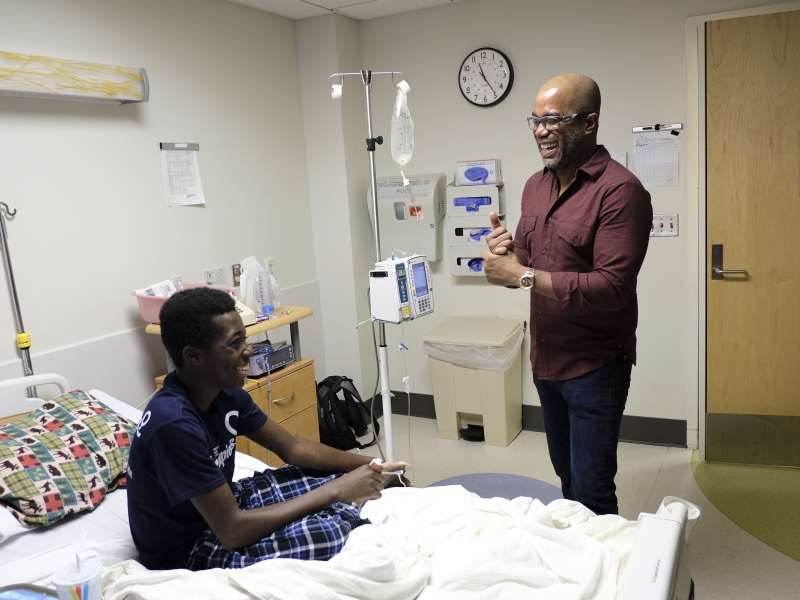 CHARLESTON, S.C. – Darius Rucker made headlines this week as a proud Charlestonian championing his beloved South Carolina Gamecocks as they advanced to the Final Four in the NCAA Men’s Basketball tournament; however, sports teams are not all he supports locally. This week, Rucker brings CMT and Today show cameras to his hometown of Charleston, S.C. to present a brand-new, one-hour special, “CMT Hometown Heroes.” Featuring some of country’s most prolific storytellers, including Rucker, Chris Stapleton, and Brett Eldredge, these artists make surprise returns to their hometowns to give back and perform for their very own hometown heroes.

During his visit to Charleston, Rucker remodeled the teen room at MUSC Children’s Hospital. Rucker's mom was a nurse at the hospital, so he grew up visiting the facility, its staff and patients from an early age. The special premieres Friday, March 31 10 p.m. ET/PT and features exclusive performances, in-depth interviews, as well as an intimate look at the people and places that shaped each performer.

NBC’s Today show was on-site for the special taping and will air an original segment on Thursday, March 30 9:00 a.m. ET focusing on Rucker’s lasting impact and philanthropic work at the children's hospital.

Rucker is putting the finishing touches on his album expected for release later this year—his first single off his forthcoming fifth studio album, “If I Told You,” is currently Top 20 and climbing—but he is still making time for film and series appearances. On an episode of  “Sun Records” on CMT, Rucker will appear in black-and-white striped prison garb, playing the role of The Prisonaires’ Johnny Bragg, singing “That Chick’s Too Young to Fry” (available on-demand now).

Another not-to-be-missed CMT appearance is Rucker's “CMT Crossroads” with John Mellencamp which premiered exclusively on CMT on March 24. The pair of GRAMMY winners delivered rockin’ performances of “Pink Houses,” and “Cherry Bomb,” as well as “Wagon Wheel” and “If I Told You.”

Fans can also see Rucker as he plays himself in the third installment of Adam Sandler’s Sandy Wexler, a Netflix original, beginning April 14.