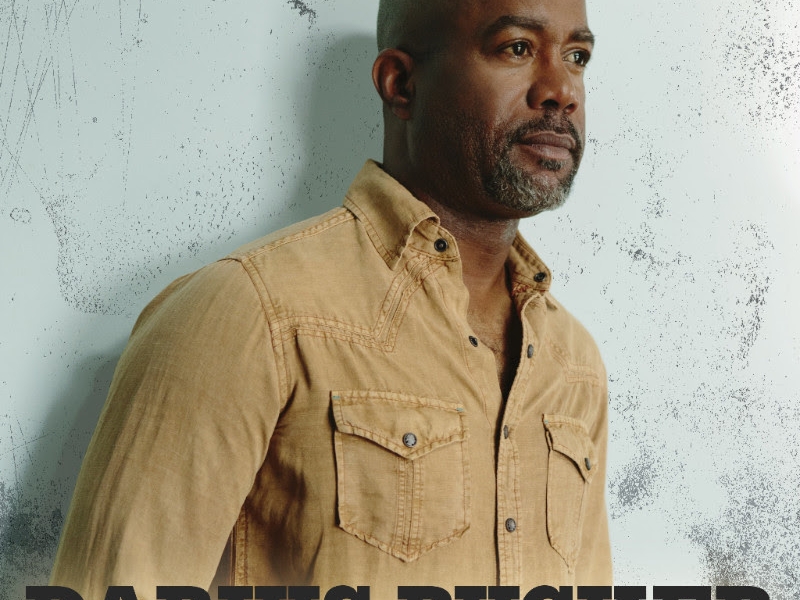 NASHVILLE, Tenn. – On the heels of his eighth No. 1 Country single Darius Rucker has responded to fans’ appeals for new music with an announcement on the TODAY Show this morning, letting them know they won’t be waiting much longer for a new album from the 3-time GRAMMY winning star. When Was The Last Time, the long-awaited fifth studio country album on Capitol Records Nashville, will be released nationwide Friday, October 20. Fans can preorder the album beginning today at http://umgn.us/DariusPreOrder.

The Platinum-selling star released the album’s second single, a song he wrote with Derek George and Travis Hill, “For The First Time” to Country radio just yesterday, Monday, July 24. “For The First Time” is the follow-up to his most recent No. 1 single, “If I Told You, marking eight country No. 1 singles for Rucker since his country music debut in 2008.

Earlier this week, Rucker spoke with Billboard about teaming up with esteemed Nashville producer Ross Copperman (Dierks Bentley, Brett Eldredge, Keith Urban) to bring his vision for the album to life.

“On top of being a genius with the equipment, Ross is so high-energy and funny; that kid is never not laughing.”  He added, “Every time we were in the studio we had a great band who had great ideas of their own, so it was the farthest thing from tedious, but just, let’s get in and do it. I think for the whole record we spent just three days tracking music.”

This fall’s release will be yet another signature moment in the multiplatinum career of one of music’s most beloved figures. Rucker has never been busier while working on his new album with a slate of television appearances this spring and summer including a CMT Crossroads episode with John Mellencamp, an appearance in Adam Sandler’s Netflix original, Sandy Wexler, and his own episode of Celebrity Undercover Boss on CBS.

Rucker, an avid golfer and passionate fan of the game, will host a new monthly show in SiriusXM’s 23/7 golf channel, SiriusXM PGA TOUR Radio. On Par with Darius Rucker will debut tomorrow, July 26 at 3pm ET.

The pre-order packages available include exclusive merchandise and the option to receive an autographed copy. For more information about new music, appearances and tour dates, please visitwww.dariusrucker.com.

About Darius Rucker
Rucker first attained multi-Platinum status in the music industry as the lead singer and rhythm guitarist of GRAMMY award-winning Hootie & the Blowfish. Since re-introducing himself to the world as a country artist, he has released four consecutive albums to top the Billboard Country albums chart and earned a whole new legion of fans. In 2014, Rucker won his third career GRAMMY award for Best Solo Country Performance for his 4x Platinum selling cover of Old Crow Medicine Show’s “Wagon Wheel,” off his album, True Believers. Rucker’s first two country albums, Learn To Live and Charleston, SC 1966 produced five No. 1 singles including “Come Back Song,” “This,” “Alright,” “It Won’t Be Like This For Long” and “Don’t Think I Don’t Think About It.” Southern Style, his fourth studio country album, features his seventh No. 1 single “Homegrown Honey,” co-written by Rucker, label mate Charles Kelley of Lady Antebellum and Nathan Chapman. Rucker’s last single, “If I Told You,” is his eighth No. 1 on country radio and the first cut from his forthcoming fifth album for Capitol Nashville.