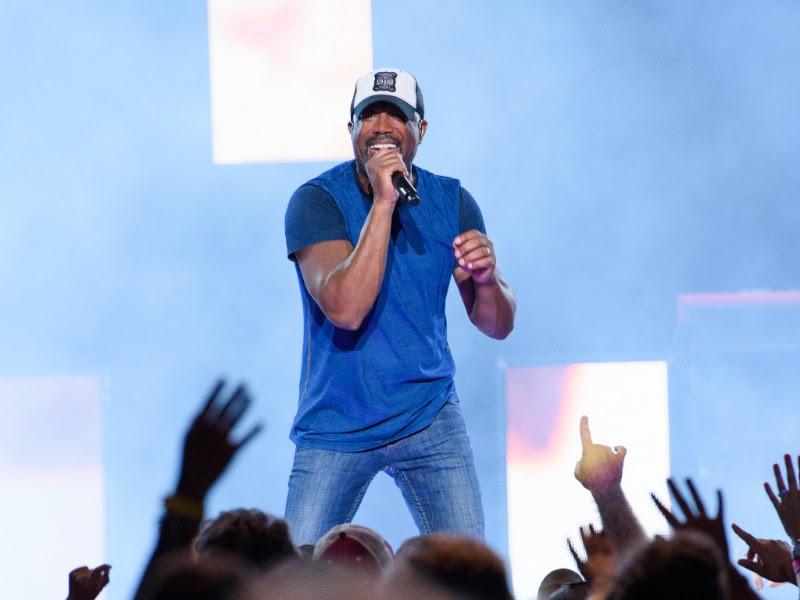 Throughout his groundbreaking, multi-genre, multi-platinum music career, Darius Rucker has achieved many of the most illustrious goals for a performer: becoming a member of the Grand Ole Opry, winning GRAMMY Awards in both pop and country categories, and touring the world with sold out shows at the O2 and Red Rocks. As the “For The First Time” singer prepares to release his fifth country album on Capitol Records Nashville on October 20, Rucker reaches for another “first” as he announces today his October 19 concert at New York’s famed Apollo Theater.

Seeing their name on the Harlem concert hall’s iconic marquee has been a commemorative milestone for generations of African-American music legends, from Ella Fitzgerald and Duke Ellington to Gladys Knight, James Brown and Lauryn Hill, and Rucker joins their ranks as one of only a handful of country artists to ever grace the historic stage. Tickets to Darius Rucker at the Apollo Theater go on sale Friday, September 29 at 10am ET.

“I have so much respect and awe for the history and traditions this stage represents,” explains Rucker. “To perform at the Apollo as I prepare to release this album which means so much tome,feels like the perfect way to commemorate this album."

The first single from WHEN WAS THE LAST TIME, “If I Told You” has already achieved chart-topping success, and second single “For The First Time,” co-written by Rucker with Derek George and Travis Hill, is available digitally now and currently climbing the country charts.

Rucker has introduced another track from the album, “Don’t,” to his fans during his live shows this summer, which he recently revealed will be offered as an instant grat download to exclusively to fans who preorder the new album.

About Darius Rucker
Rucker first attained multi-Platinum status in the music industry as the lead singer and rhythm guitarist of GRAMMY award-winning Hootie & the Blowfish. Since releasing his first Country album in 2008, he has celebrated four summits to the top of the Billboard Country albums chart and earned a whole new legion of fans. In 2014, Rucker won his third career GRAMMY award for Best Solo Country Performance for his 4x Platinum selling cover of Old Crow Medicine Show’s “Wagon Wheel,” off his album, True Believers. Rucker’s first two country albums, Learn To Live and Charleston, SC 1966 produced five No. 1 singles including “Come Back Song,” “This,” “Alright,” “It Won’t Be Like This For Long” and “Don’t Think I Don’t Think About It.” Southern Style, his fourth studio country album, features his seventh No. 1 single “Homegrown Honey,” co-written by Rucker, label mate Charles Kelley of Lady Antebellum and Nathan Chapman. Rucker’s last single, “If I Told You,” is his eighth No. 1 on country radio and the first cut from When Was The Last Time, his forthcoming fifth album for Capitol Nashville, due out October 20.