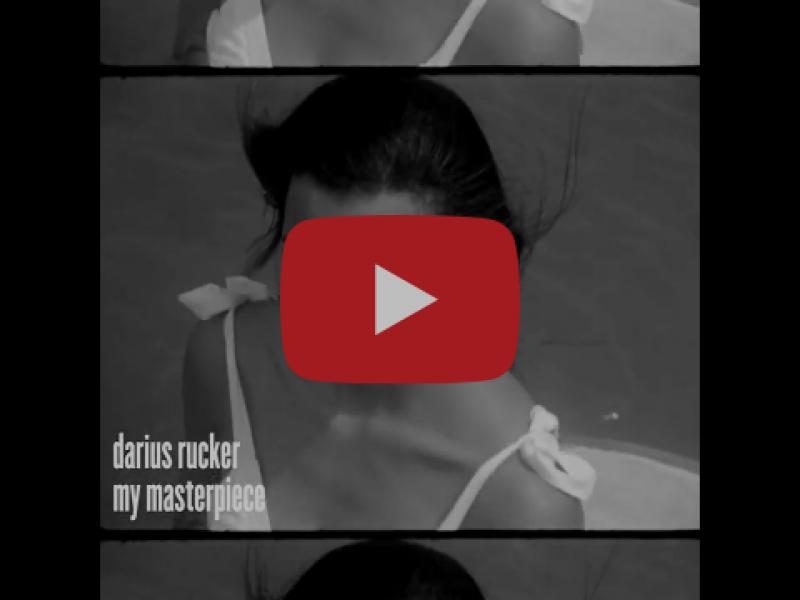 NASHVILLE, Tenn. – Quickly following his 10th career No. 1 hit “Beers And Sunshine” with another feel-good anthem, Darius Rucker will reveal the official music video for his latest single, “My Masterpiece,” tonight at 7 p.m. CT on his Facebook page as he interacts live with fans in the comments.

The song has already earned the attention of fans and critics alike, with Billboard noting, “Rucker dips deeper into his forthcoming album with this sweet, swaying ode to a lasting love,” as Rolling Stone celebrates the single’s “spacious, piano-driven arrangement of laid-back drumming, tambourine, and wisps of pedal steel that’s meant to go down as sweetly as Rucker’s romantic words of praise.”

Music Row praises the three-time GRAMMY Award winner’s “positive, sunny, upbeat and engaging” consistency, while remarking that “the happy-in-love theme is common, but its delivery in this finely crafted lyric is exceptional.”

Written by Rucker together with Josh Osborne, J.T. Harding and Ross Copperman, “My Masterpiece” offers a swaying melody and lyrics that prize true love over all else.

“The song is about a guy who really just wants to be known for the tremendous amount of love he has for this woman, and I think that’s beautiful,” shares Rucker. “During a tough time like this past year has been, I think upbeat songs like this are important because they remind people that even when things are tough, there’s also a lot of good in life and good in the world. I hope people enjoy this song as much as I do, and I hope they enjoy seeing it come to life in the music video.”

Rucker will also appear as a guest panelist on the semi-finals of Fox’s hit show “The Masked Singer” this Wednesday, May 19, helping to guess the identities of the remaining contestants and the show’s mysterious “Cluedle-Doo,” the masked celebrity who has been offering additional hints about each contestant in a new addition to the show for Season 5.

About Darius Rucker
Rucker first achieved multi-Platinum status in the music industry as lead singer and rhythm guitarist of the GRAMMY Award-winning band Hootie & the Blowfish, who have sold more than 25M albums worldwide including their Diamond-certified debut Cracked Rear View, which remains among the Top 10 best-selling studio albums of all time. Since releasing his first Country album in 2008, Rucker has earned a whole new legion of fans with four No. 1 albums on the Billboard Country chart, including RIAA Platinum-certified Learn to Live and True Believers, plus nine No. 1 singles at Country radio. In 2014, Rucker won his third career GRAMMY Award for Best Solo Country Performance with his 8x Platinum version of Old Crow Medicine Show’s “Wagon Wheel,” one of the top five best-selling Country songs of all time. He recently co-hosted the 54th annual CMA Awards and topped the charts at Country radio once again with “Beers And Sunshine” in February. Follow up single “My Masterpiece” is available everywhere now as Rucker puts the finishing touches on a forthcoming album.