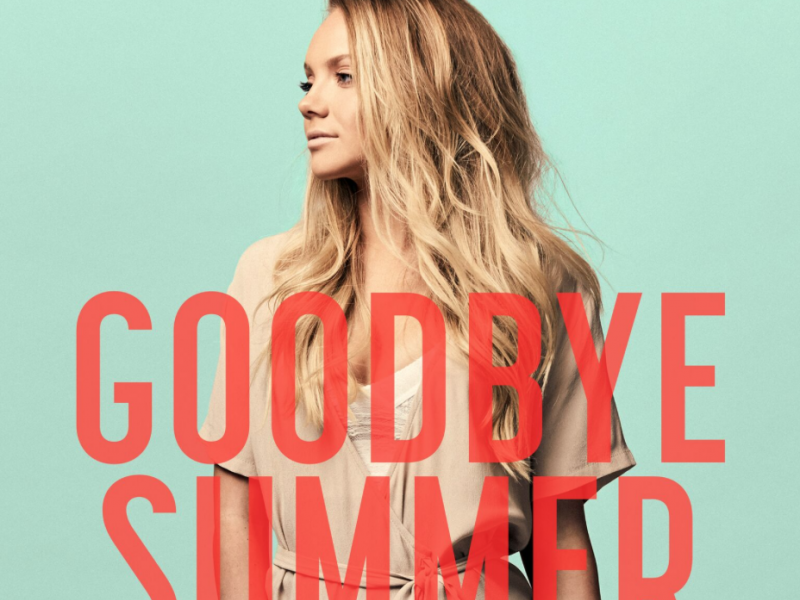 Country music songstress Danielle Bradbery has unveiled her new single “Goodbye Summer” with multi-Platinum artist and friend Thomas Rhett. The foot-tapping ode to short-lived romance is available at all digital retailers now and will impact country radio on Monday, August 27.

Thomas Rhett, who wrote the original rendition alongside Rhett Akins, Julian Bunetta and the Cadillac Three’s Jaren Johnston, joins Bradbery on the track Taste of Country calls a “breezy pop-infused song tinged with heartbreak, [which] paints a romantic but realistic picture of the ups and downs of love that comes with an expiration date.”

“Thomas Rhett was one of the first mentors I had in Nashville and we’ve become really good friends over the years. He's like a big brother to me, so to be able to record a song he wrote was incredibly special,” explains Bradbery. “I remember when I first heard the demo, I actually jammed to it with Thomas Rhett's vocal on it as if it wasn't even going to be mine. Now to have the opportunity to re-record the song with him -- it’s a dream scenario.”

"It's been fun watching this song evolve since I first recorded the demo," Thomas Rhett said. "Danielle's voice really took it to another level, and I'm pumped that we got the chance to team up on a new version. It's always a blast getting to create with your friends."

“Goodbye Summer” is the follow-up to Bradbery’s empowering single “Worth It,” a self-penned anthem which served as an introduction to her vulnerable and introspective songwriting.

About Danielle Bradbery
Twenty two-year-old, multi-faceted artist Danielle Bradbery has stepped into her own lane with sophomore album I Don’t Believe We’ve Met, out now on BMLG Records. As the title suggests, Bradbery re-introduced herself after taking time since her debut LP to focus on the writing process and, for the first time, infusing her own story into her songs – penning seven of the album’s 10 tracks. Lead single “Sway” perfectly infused her R&B, soul and country influences, while empowering follow-up anthem “Worth It” led to national TV performances of the emotional tune on NBC’s TODAY and The Voice. Now, Bradbery returns to radio airwaves with “Goodbye Summer,” a fresh take on album cut “Hello Summer” with Thomas Rhett adding a male perspective to the seasonal story of love and heartbreak. The Texas native has worked on fine-tuning her unique sound since getting her start winning Season 4 of NBC’s The Voice and was nominated this year for ACM New Female Vocalist of the Year as well as CMT Breakthrough Video of the Year and CMT Performance of the Year. She is currently touring fairs and festivals across the country.

About Thomas Rhett
Thomas Rhett’s third album LIFE CHANGES (The Valory Music Co.) is the biggest, boldest-sounding record of his career, filled with a diverse batch of songs as he stretches his sound to new limits. Emphasizing his “detailed style of songwriting” (Rolling Stone), LIFE CHANGES was an instant hit, debuting at No. 1 on the all-genre Billboard 200 chart, marking the first Country release to take the top spot in 2017. The release also drew a 2018 GRAMMY® Awards nomination for Best Country Album and has been streamed more than 730 million times. The album’s first three singles quickly climbed to the top of the Country radio charts, bringing Thomas Rhett’s No. 1 tally to 10. His current single, "Life Changes," is Top 10 and rising at radio. He was recently named iHeartRadio’s Country Artist of the Year for the second year in a row, following a CMA Triple Play award for penning three No. 1 songs within a 12-month period (“Die A Happy Man,” “Star of the Show” and Michael Ray’s “Think A Little Less”), adding to his collection of trophies from the Country Music Association, Academy of Country Music, Billboard Music Awards, CMT Music Awards and more. After multiple sell-outs this year, Thomas Rhett is set to continue on his headliningLIFE CHANGES TOUR, kicking off the fall leg September 13 in Bangor, ME with special guests Brett Young and Midland. For more information and for a full list of upcoming tour dates, visit www.ThomasRhett.com.