DANIELLE BRADBERY SHINES ON RETURN TO NBC’s THE VOICE 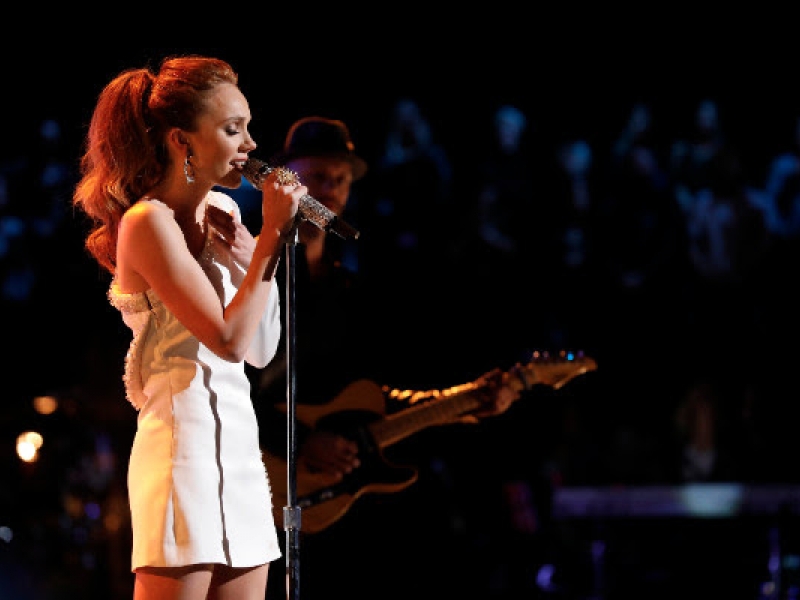 After winning Season 4 of NBC’s The Voice in 2013, Danielle Bradbery found success, yet she still felt like she needed to find her own identity. Wanting to take hold of the creative process on her next project, she took four years to hone her writing skills and come into her own. The Texas-native showed that transformative sound when she returned to its stage for a live performance of her album cut, “Worth It,” in celebration of her BMLG Records sophomore album,  I DON’T BELIEVE WE’VE MET, that NPR calls “a significant, and successful, reinvention captured in a taut 10 tracks,” available now.

“I am so thankful to everyone at The Voice and to all the incredible fans that have supported me along the way. They have stuck with me all this time and it’s incredible,” explained Bradbery. “I had some growing up to do since I won, so it was amazing to return where it all started for me, to show everyone how much I’ve grown, and what I’ve been up to.”

A stark difference from the denim and country boots she wore on the show in 2013, Bradbery re-introduced herself last night singing the track that Rolling Stone calls “gutsy” and “self-assured.” A long way from the bubbly songs she recorded at age 17, “Worth It,” People says focuses with  “emotion is the focal point,” and speaks to the confidence the singer found in the last four years. The tune, that shot to Top 5 on the iTunes Country Songs chart after The Voiceperformance, demonstrates the re-introductory nature of I DON’T BELIEVE WE’VE MET, that led to the Washington Post to tout Bradbery’s “powerful ballads” in a profile.

“‘Worth It’ is such a perfect song to re-introduce myself to fans,” Bradbery continues. “I was so shy when I won this show. I needed this song to remind me to stand up for myself, and I hope it will help fans gain confidence as they conquer their dreams.”

For the first time co-writing seven out of 10 songs on the new album, NPR recognizes Bradbery has a “newfound diaristic punch.” Her hometown paper, the Houston Chronicle declared the album is “a rebirth, a portrait of personal and musical evolution,” that is “one of the year's nicest surprises, a cohesive collection of musings on relationships with nary a wasted moment.”

If you missed it, you can find her performance on The Voice HERE.