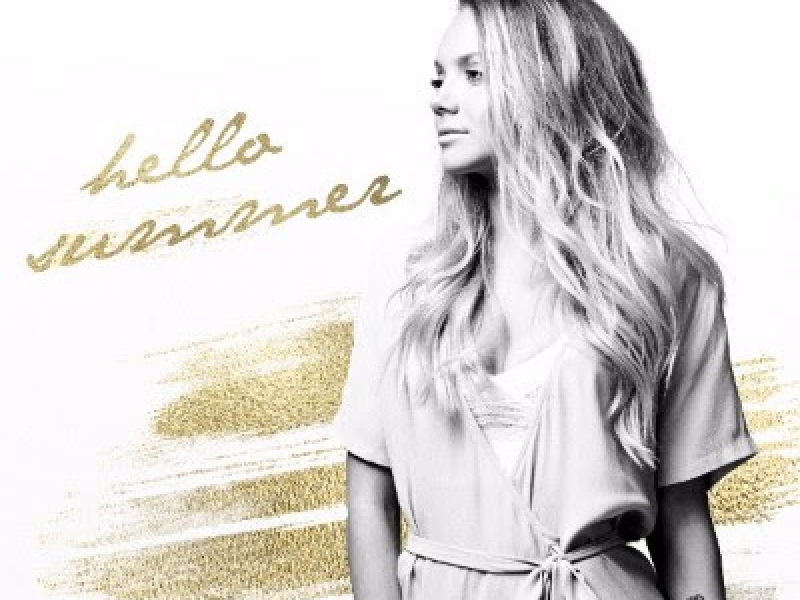 As she gears up for her re-introductory sophomore studio album, I DON’T BELIEVE WE’VE MET, due December 1 on BMLG Records, Danielle Bradbery releases “Hello Summer” to add one more piece of the 21-year-old’s story to her fans’ playlists today. The accompanying music video for the catchy track, starring Bradbery, debuted on Entertainment Tonight Online and is featured on ET’s “Certified Country” today. Fans will receive “Hello Summer” when they pre-order I DON’T BELIEVE WE’VE MET, here: http://smarturl.it/DB_IDBWM.

"'Hello Summer' actually came to me from Thomas Rhett who had co-written the song while writing for his own album with his dad Rhett Akins, Jaren Johnston and his producer Julian Bunetta” Bradbery explains. “He felt like the song could be re-written with a female perspective and so I sat down with his dad Rhett, and he re-wrote some of the lyrics to fit my voice.  Julian agreed to produce it, and I'm so proud of how it turned out. It's one of the few I didn't co-write myself but I feel it really speaks to the same emotional theme of the record and pushes the boundaries sonically into new territory for me.”

Written by Rhett Akins, One Direction producer Julian Bunetta, The Cadillac Three’s Jaren Johnston and country superstar Thomas Rhett, “Hello Summer” is about a summer love that takes the singer’s heart as her crush leaves at the end of the season. The apt song wraps with summer slipping away, closing with below lyrics:

Goodbye summer, you tore me apart
Blue eyes and blue skies, fade into the dark
Letting go is the hardest part
Hello summer, goodbye to my broken heart
My broken heart

As the title suggests, I DON’T BELIEVE WE’VE MET is a reintroduction of Bradbery after taking four years to begin the songwriting journey and hone her sound, co-writing seven out of 10 songs on the album. Always going to her fans first, she’s shared her journey with a five-chapter video series that fans unlocked, telling her story as she went here: http://bit.ly/DBvids.