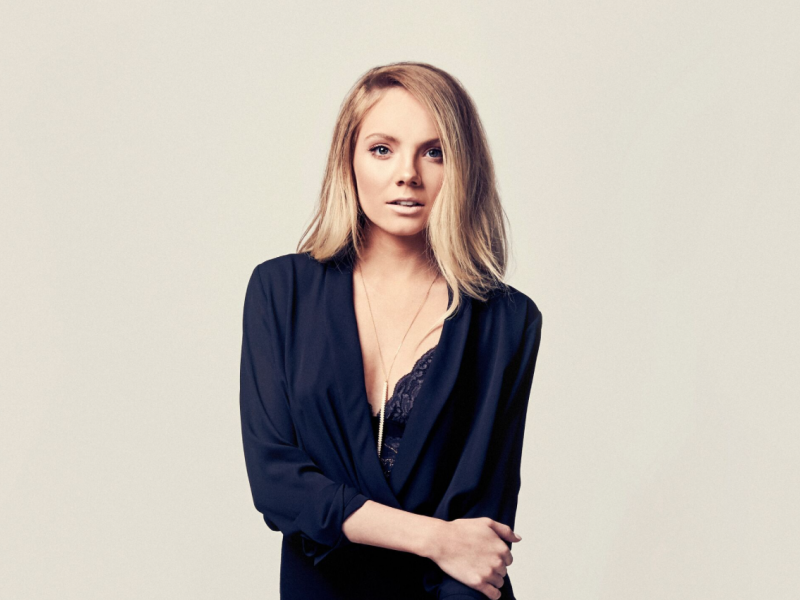 On the one-year anniversary of the release of Danielle Bradbery’s intimately vulnerable album I Don’t Believe We’ve Met, she went directly to her fans to announce a special EP project celebrating the album's most personal tracks.

“I’ve always loved what happens to a song when you strip it down,” Bradbery shared with her fans. “You can hear moments of imperfection that you wouldn’t be able to otherwise. When I was writing and recording this project, I was in a really vulnerable and emotional place. On the day I had to lay down my vocals, I walked in the studio in tears… There’s something really special that happens when you allow yourself to be vulnerable in a space where you feel safe. I think you can feel that moment a little stronger listening to the isolated vocal tracks.”

Bradbery’s sophomore album featuring those tracks was especially emotional because it marked the first time she wrote her own music, penning seven of the album’s 10 songs including singles “Sway” and “Worth It.” The album also featured “Hello Summer,” which Bradbery recently released as a reimagined duet with Thomas Rhett entitled “Goodbye Summer.”

“Coming back to these songs a year later I recognize that I have grown into a stronger, more independent woman,” reflects Bradbery. “I am proud of that growth, but I am also proud of the music that provided me with the ability to keep going. Being that today marks one year since the release, we decided to pay tribute to that music and the moments along the way.”

About Danielle Bradbery
Twenty-two-year-old, multi-faceted artist Danielle Bradbery has stepped into her own lane with sophomore album I Don’t Believe We’ve Met, out now on BMLG Records. As the title suggests, Bradbery re-introduced herself after taking time since her debut LP to focus on the writing process and, for the first time, infusing her own story into her songs – penning seven of the album’s 10 tracks. Lead single “Sway” perfectly infused her R&B, soul and country influences, while empowering follow-up anthem “Worth It” led to national TV performances of the emotional tune on NBC’s “TODAY” and “The Voice.” Bradbery most recently hit the radio airwaves with “Goodbye Summer,” a fresh take on album cut “Hello Summer” with Thomas Rhett adding a male perspective to the seasonal story of love and heartbreak. The Texas native has worked on fine-tuning her unique sound since getting her start winning Season 4 of NBC’s “The Voice” and was nominated this year for ACM New Female Vocalist of the Year as well as CMT Breakthrough Video of the Year and CMT Performance of the Year. She will join Kane Brown's Live Forever Tour as direct support for select dates in 2019.