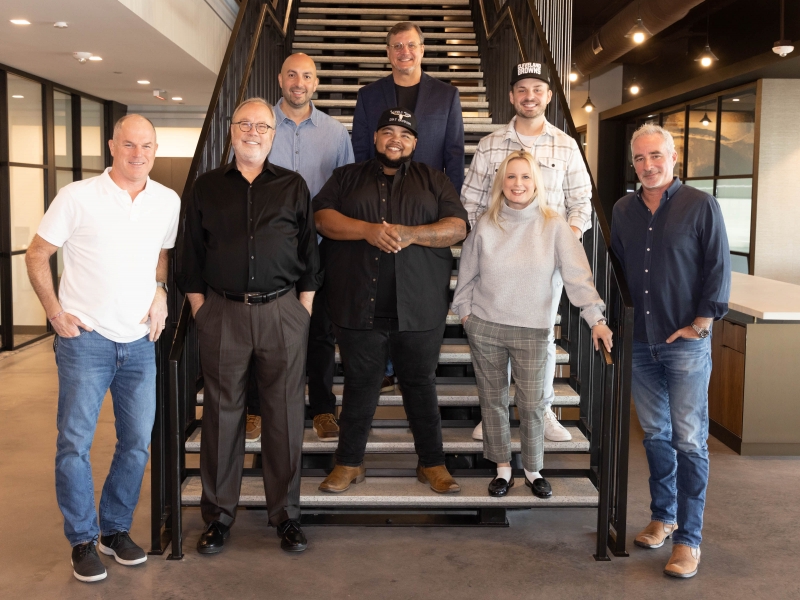 NASHVILLE, Tenn. – Country newcomer Dalton Dover signs with Universal Music Group Nashville. Dover, who has earned praise as a “master country talent,” will release his highly anticipated new music via Mercury Nashville. “All of us at UMG have been fans of Dalton for a long time,” says Mike Dungan, chairman and CEO of Universal Music Group Nashville. “For months our staff has filled the rooms at almost every one of his live performances in Nashville. As we worked our way through the legal process, our four label promotion teams were fighting over which label he would go to and who got to work with him. We are thrilled that he chose to be a member of our family and anxious to release the first taste of music with the Mercury logo on it.”  “I’m so excited to join the Mercury and UMG Nashville family,” shares Dover. “I wouldn’t be here without the support from my wonderful wife and family, my team, and the fans who have listened to and shared the songs we’ve released so far. This is just the beginning, and we can’t wait to show you what we’ve been working on!" Dover first achieved prominence after appearing on Season 16 of “The Voice,” where he earned a chair turn from legendary country artist Blake Shelton. Two years later, Dover has continued to build his fan base on TikTok, garnering millions of views with his popular #CatchMeOffGuard series of cover song mashups. The series has earned the praise of country artists including Jimmie Allen, Luke Combs, Kidd G and Kameron Marlowe. Dover’s songs “You Got A Small Town” and “Baby I Am” helped the 23-year-old earn a place on Spotify’s Hot Country 2022 Artists to Watch, along with a spotlight as Billboard’s February Country Rookie of the Month and a nod for MusicRow’s 2022 Discovery Artist of the Year. His TikTok track “Baby I Am” had nearly 500k streams and 1.1k downloads in its first week. About Dalton DoverLauded by MusicRow as a “master country talent,” twenty-three-year-old Dalton Dover first started singing at church as a kid, winning his fifth-grade school talent show performing Justin Bieber’s “Baby.” In that moment Dover’s love of performing was born. By the age of 16 he had picked up a guitar and started teaching himself to play, yet it was his grandfather who turned him on to country music and artists such as Keith Whitley, Rhett Akins, Joe Diffie and Steve Wariner. Enamored with the honesty and storytelling found in country music, Whitley’s “Don’t Close Your Eyes” was the first song Dover taught himself to play on guitar. Performances at local bars soon followed along with sharing covers of some of his favorite songs on TikTok. It was there he caught the ear of producer Matt McV and A&R veteran and founder of Droptine Recordings, Jim Catino, who quickly signed Dover.  Dover is married to his high school sweetheart, Faith, and the two have lived in the same small rural Georgia town, population 1,200, all their lives. The Dovers hope to give their two young children, Taylor and Alyiah, the same idyllic childhood they had growing up — the life one finds in a small town. And it is that pace and familiarity he enjoys so much that he sings about on his debut track “You Got a Small Town.” Produced by McV, “You Got A Small Town” quickly garnered critical acclaim from Billboard, MusicRow, Country Now and Wide Open Country. With his debut and his follow-up “Baby I Am” earning notable playlisting, Dover was named a Spotify Hot Country 2022 Artist to Watch. Dover’s latest single “Damn Good Life” is available now. After opening for Luke Comb’s Mercedes-Benz Stadium show in Atlanta, Ga. this summer, Dover set out on a seven-date run of his own headlining shows, performing across multiple locations of Blake Shelton’s Ole Red. Dover is currently on the road with his captivating live set on Priscilla Block’s Welcome to the Block Party Tour which runs through the fall. For the latest follow along on Instagram, TikTok, Twitter and Facebook. # # # Media Contacts for Dalton DoverEbie McFarland | Ashley GaskinEssential Broadcast Media, LLCebie@ebmediapr.com | ashley@ebmediapr.com Cindy FinkeUMG NashvilleCindy.Finke@umusic.com