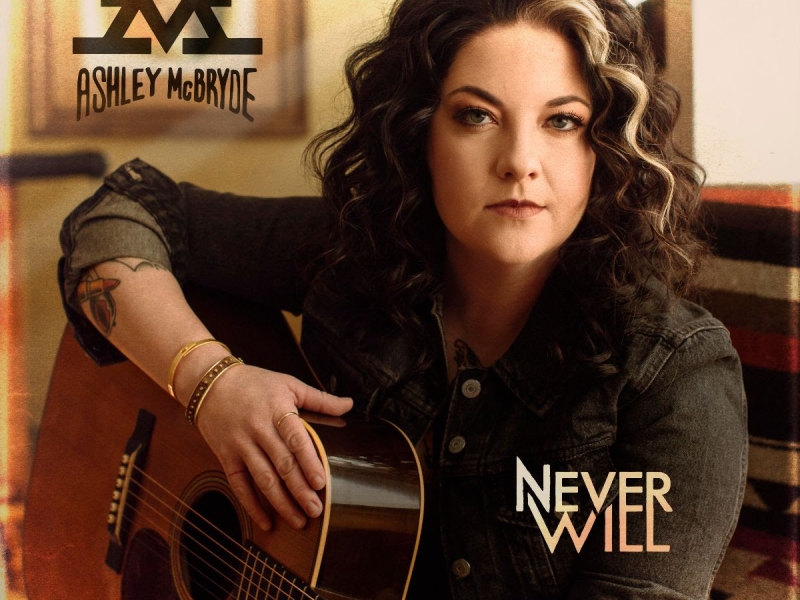 ASHLEY McBRYDE’S NEVER WILL “TOUCHES THE HEART OF THE HEARTLAND” AMONG CRITICAL ACCLAIM“Her rowdy and emotionally stirring second album represents the pinnacle of what contemporary mainstream country can be.” – Variety

Reigning ACM New Female Artist and CMA New Artist of the Year Ashley McBryde and her new album Never Will continue to gain critical acclaim since its release on April 3, including NPR, Washington Post, Rolling Stone, Variety and more:

“McBryde sings and writes with a high degree of emotional acuity.”
– New York Times
“She sings these songs that are classic, but they’re also rock ‘n’ roll. And they touch the heart of the heartland. She tells these story songs. And on this album, she goes more rock ‘n’ roll than she ever has before.”
– NPR
“McBryde’s lyrics almost always stick up for the wounded, the flawed, the lonesome and the misunderstood.”
–  Washington Post
“Her second major label album is daring and deep, proof that she’s one of country’s sharpest truth-tellers.”
– Rolling Stone
“…the heartland rock of Girl Going Nowhere is the primary palette, but McBryde shows off more of her varied influences this time around…Despite her first-person songwriting safety zone, McBryde is at her best here singing about other people, telling tales of forbidden romance, small-town piety, and honky-tonk hair of the dog.”
– Rolling Stone
“McBryde has come up with an 11-song collection finely honed enough to beckon the question: Does modern mainstream country deserve writing this good? Maybe not, but it’s getting it anyway, even if it’s not in the form of Top 10 hits.” – Variety
“She’s broadened her sound to include things she’s always done live — like the mountain music and folkie stuff — but refused to add anything that wasn’t already part of her toolkit. The result is an album even stronger than its predecessor.” – Nashville Scene
“Never Will is filled with potent, personal storytelling, as McBryde wrestles with grief, uncertainty, loneliness, rage, jealousy and passion.”
– The Tennessean
“It’s utterly refreshing and equally re-listenable. If radio execs and DJs have any sense at all, they’ll play Ashley McBryde until we’re beggin’ them to stop. Few are as deserving of mainstream genre stardom as her, and Never Will is all the proof we need.”
– Paste
“On Never Will, McBryde veers from soulful heartland rock (‘Hang In There Girl’) to old-timey bluegrass (‘Velvet Red’) to bluesy roadhouse ass-kickery (‘Shut Up Sheila’) to goes-down-easy pop-country balladry (‘One Night Standards’). There are also plenty of fun, unexpected detours, like the way McBryde happily ends the LP with a song about the history of styrofoam. This is great shit.”
–Stereogum
“Never Will cements McBryde as an artist comfortable in the in-between: smooth enough for the radio, but with a sense of craftsmanship that lands her squarely among some of the greats. McBryde has consistently favored a heavier rock sound with her country twang, and on Never Will she and the band cut loose with ferocity and confidence.”
– No Depression
“The album abounds with top-shelf songwriting, each track a snapshot torn from or inspired by real life scenarios of betrayal, struggle, hope, defiance, and dreams fulfilled, sounding more like confessional successors to the works of Merle Haggard’s plainspoken, clear-eyed songs or Loretta Lynn’s homespun, autobiographical lyrics.”
–MusicRow

McBryde will perform her “All Cooped Up” series today at 2:30 p.m. CT exclusively via The Trybe and will be available to all members. Login or create an account HERE (free to join).

Never Will is available everywhere HERE.
About Ashley McBryde
Ashley McBryde learned how to sing sad songs in a biker bar off a rural Arkansas highway–– and it shows. Her 2018 major label debut Girl Going Nowhere (Warner Music Nashville) charmed the New York Times, NPR, Rolling Stone, Paste, The Washington Post, and more, all en route to landing a GRAMMY nomination for Best Country Album. McBryde closed out 2019 with ACM New Female Artist, CMT Breakout Artist of the Year, a New Artist of the Year win at the 53rd Annual CMA Awards and two nominations for the 2020 GRAMMYs for Best Country Song and Best Country Solo Performance for “Girl Goin’ Nowhere.” Her follow-up Never Will, released April 3, was tagged by Rolling Stone as one of the most anticipated of the year alongside NPR, who also ranked lead single “One Night Standards” as one of the best songs of 2019. Produced once again by Jay Joyce, Never Will reveals the witty, confessional, detail-driven songwriting addressing a wide spectrum of blue-collar Southern women’s experience introduced on Girl Going Nowhere is still here, but perhaps even sharper. The music itself is stadium-ready rock-and-roll with a bluegrass wink or two and country music’s storytelling heart––and McBryde, no longer new, is the music’s ordained and highly capable standard bearer. McBryde is currently nominated for two 2020 ACM Awards for Song of the Year for “Girl Goin’ Nowhere” (artist + songwriter) and another nod for Music Event of the Year as a guest on Miranda Lambert’s “Fooled Around and Fell In Love.”  For more information, visit AshleyMcBryde.com or follow her at Facebook.com/AshleyMcBryde, Instagram @AshleyMcBryde and Twitter at @AshleyMcBryde.